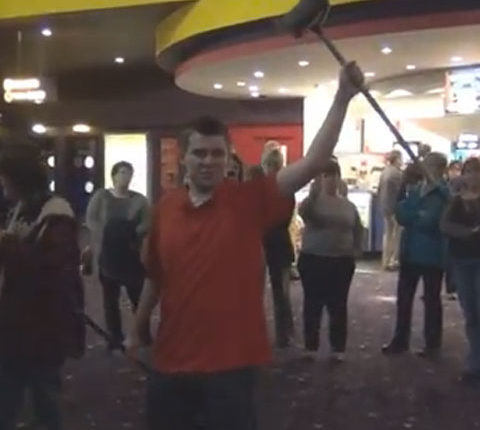 About 50 members of the amateur drama group stormed into the hit song on the Cineworld movie and stage show Spytty at 19:00, 19:30 and 20:00 on Wednesday night.

Track the Movement of the Milky Way With This DIY Radio…

Moments before grinding around the lobby, buying popcorn and queuing up among customers.

The band came out in a cascade to promote the film before its opening on Friday (January 11th). Later, they booked an entire screening for an event with a black tie to make sure they were among the first to see it.

Watch the video with flash mob: