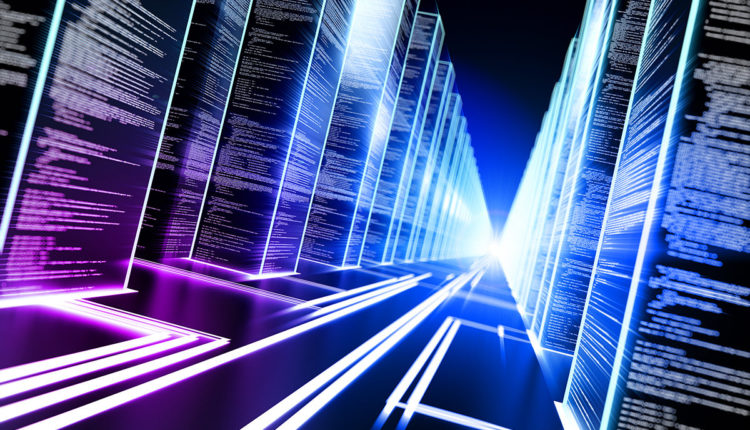 As the enterprise edge expands to include semi-permanent remote workforces, IoT, and a range of applications like AI and M2M, they generate torrents of nonstop data that must be stored indefinitely and be available in near-real-time to users and applications.

Legacy storage architectures are failing to keep up with both data growth and user/application demand. While storage innovation is pushing more workloads into the cloud, many startups have found that the average enterprise is not yet ready for cloud-only storage. Legacy architectures and applications are experiencing extended shelf-lives due to tight IT budgets, and many enterprises still prefer to keep certain workloads on-premises.

As a result, storage startups are finding ways not only to accommodate legacy infrastructures, but also developing storage systems that deliver the latest benefits of cloud-based storage to any deployment model.

The nine startups featured here are developing everything from NVMe disaggregated storage platforms to storage management software for mainframes. Their founding teams earned leadership experience at the likes of Dell EMC, IBM, Juniper, and Pure Storage. Collectively, they have raised more than $750 million in funding, a figure made all the more impressive by the fact that it includes one startup that has not yet disclosed details about its funding.

What they do: Develop flash storage software for cloud data centers.

Burlywood’s flagship FlashOS is storage-controller software. FlashOS analyzes application behavior at the flash-controller level and tunes both SSD performance and features to fit each application. It enables enterprises to deploy whatever underlying storage architecture they wish, including cloud storage, all-flash arrays, and hyperconverged solutions.

Competitors include: Incumbents like Intel, Samsung, and Western Digital, as well as such startups as Apeiron, Qumulo, and Zadara

Customers include: None named.

Why they’re a hot startup to watch: Burlywood is targeting the control plane of storage, developing software that accommodates legacy architectures while paving the way to modern, hyperconverged ones.

The startup has enough early funding to seek out early reference customers, having secured a $10.6M Series A in late 2018. CEO Tod Earhart gained management experience in the industry at Micron and Western Digital.

What they do: Fungible develops processors, software, and storage clusters that, together, enable enterprises to build hyperscale-like data centers.

The Fungible DPU family are Systems-on-Chip (SoC) processors designed to overcome what Fungible says are the two biggest challenges in scale-out disaggregated data centers: 1) inefficient execution of data-centric computations within server nodes and 2) inefficient interchange of data among nodes.

This enables disaggregation and pooling of all data center resources at scale. TrueFabric is interoperable with TCP/IP over Ethernet, ensuring that a data-center spine-leaf network can be built with standard off-the-shelf Ethernet switches.

The Fungible Storage Cluster (FSC) is a storage platform based on the DPU and composed of scale-out NVMe over Fabrics (NVME-oF) storage nodes. A disaggregated storage platform, the FSC implements a separation of storage control planes and data planes. The platform is designed to enable cloud service providers and enterprises get hyperscale performance out of their data centers.

FSCs are the foundation of the Fungible Data Center (FDC). The FDC is an on-premises, turn-key solution comprised of pre-configured racks of disaggregated compute and storage servers powered by the Fungible DPU and managed by Fungible’s Data Center Composer (DCC) software.

Why they’re a hot startup to watch: Fungible has raised a massive amount of funding–$311M–and they target a similarly massive opportunity, the hyperscale data-center market.

In 2020, Fungible acquired the assets of Cloudistics, a cloud-software platform startup. With a strong leadership team that served in senior executive roles at Juniper, Apple, Pure Storage, and Qualcomm, among others, Fungible is in a strong position to compete in the hyperscale cloud-service-provider market and open up the adjacent on-premises enterprise market.

What they do: Develop NVMe over TCP software-defined block storage.

The latest version of their storage software, LightOS 2.1, is an NVMe/TCP scale-out, disaggregated storage solution designed to perform like local flash.

When installed on commodity servers in large-scale datacenters, LightOS 2.1 automatically optimizes for I/O intensive compute clusters, such as Kafka, Cassandra, MySQL, MongoDB, and time-series databases. Each storage server in the cluster can support up to 64K namespaces and 16K connections.

LightOS 2.1 also supports containerized environments like Kubernetes that require large-scale clusters with persistent and durable storage for rapid node migration, workload rebalancing, or recovery from failure without copying data over the network.

Why they’re a hot startup to watch: Lightbits Labs has all of the right ingredients–solid funding, strong senior team, early customer traction–to compete in a tough NVMe market. The startup has raised more than $54M, and has named customers.

Funding: Undisclosed but said to be working on its second round of funding.

What they do: LucidLink develops cloud storage.

LucidLink’s Filespaces is a cloud-native file service intended to deliver NAS-like performance from cloud storage that is delivered as a service. Filespaces gives enterprises the ability to run file-based workloads on object storage and Azure Blob.

Designed to address business needs around storing large data sets and accessing them over distance, Filespaces creates a shared global namespace that acts like NAS even though the data is hosted in the cloud. LucidLink says that it is able to do this by reducing the traffic between applications and remote storage, thereby eliminating distance and latency issues. Performance is further optimized by data prefetching based on a proprietary, adaptive algorithm; parallel TCP streams; local write-back caching; and in-line compression.

Rather than relying on synchronization, LucidLink streams data on-demand directly from the cloud as needed by the application. The single source of truth is kept in the cloud. Frequently accessed data is cached locally. Since data streams directly to and from the underlying object store, LucidLink eliminates the need for a gateway. Additionally, LucidLink provides file capabilities like direct read/write access from the cloud, immutable snapshots, user access control, and global file locking.

Competitors include: Panzura and Dropbox

Customers include: Torti Gallas and WebMD

Why they’re a hot startup to watch: Security and performance have been two major sticking points for many enterprises that are considering expanding their consumption of cloud storage. LucidLink’s ability to securely stream cloud data at NAS speeds allows them to offer a unique service that cuts into the $20-billion NAS market.

Recent surveys such as one by the University of Southern California have found that knowledge workers will expect flexibility to work remotely, even after the COVID-19 pandemic recedes. Since LucidLink securely streams data between the cloud and any object store, enterprises can deliver a uniform experience to both on-premises and remote teams, even when working with data-intensive applications. Finally, the startup has a marquee named customer in WebMD.

What they do: Develop cloud storage-management software for mainframes.

According to Model9, most mainframe data is hosted in proprietary storage silos, most often in expensive tapes and virtual-tape libraries. The siloed data is difficult to access, manage, and analyze. In addition, IT professionals with the requisite skills and experience to manage the infrastructure operations are a dying breed.

Model9’s software is designed to unlock mainframe data and open up a variety of options for cloud or on-premises object storage, data management, and integration with BI and analytics tools.

Competitors include: IBM, Dell EMC, and Broadcom through its acquisition of CA

Why they’re a hot startup to watch: The mainframe market tends to be overlooked by entrepreneurs spinning up storage startups. Model9’s focus on transitioning mainframes to the cloud may shake up a slowly evolving market dominated by a handful of incumbents.

Even if the mainframe market isn’t as flashy as new niches like NVMe, it’s still massively important to the world’s computing infrastructure, providing the core computing platform of many of the world’s largest and most critical businesses including banks, insurance carriers, and retail, health and government organizations.

Model9 has raised sufficient funding to compete for a solid foothold in the market, and it has already lined up several named customers in varied verticals.

What they do: Develop storage controllers.

Nyriad software enables enterprises and cloud data-center operators to replace RAID controllers with graphics processing units (GPUs) for all Linux storage applications. Thus, GPUs are tasked as both I/O controllers and compute accelerators, a technique that minimizes data movement during the processing of large data sets.

Customers include: Nyriad has yet to name customers.

Why they’re a hot startup to watch: The software behind Nyriad’s storage solution was originally developed as part of New Zealand’s effort to host the large radio-telescope array Square Kilometre Array (SKA). New Zealand lost out to South Africa and Australia, yet key technical innovations of the project live on, including some incorporated in Nyriad.

In late 2019, Nyriad shook up its management team, raised $11M in Series B funding, and brought in serial entrepreneur and investor Guy Haddleton to reshape the business. Nyriad has since launched an early adopter program, with named partners and participants that include HPC Systems, NEC, and Supermicro.

Each HyperParallel Flash Array delivers performance of up to 120GB/s read and 90GB/s write. The global namespace capabilities of HyperOS’ clustered, distributed file system expand storage capabilities across any number of flash arrays.

HyperOS supports block, file, and object protocols to run natively on any combination of controllers, across any number of its HyperParallel Flash Arrays. Each Flash Array supports up to 20 independent controllers, each of which runs its own instance of HyperOS. Unlike traditional arrays, that enable multiprotocol by running one protocol on top of another, HyperOS runs each protocol (iSCSI, NVMe-oF, NFS, S3) natively.