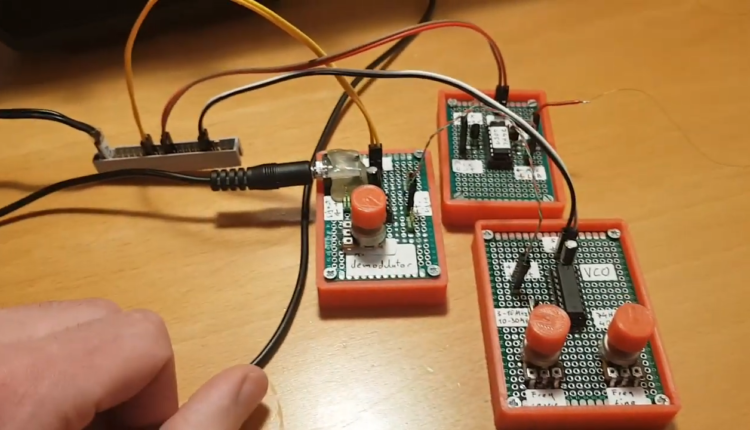 A Superheterodyne Receiver With A 74xx Twist

In a world of software-defined radios and single-chip receivers, a superheterodyne shortwave radio may not achieve exactly high pizzazz results. After all, people have been mixing, filtering, and demodulating RF signals for more than a century, and the circuits that do the best job are pretty well characterized. But building the same receiver using none of the traditional attributes of superheats? Now this is something new.

In what [Micha] semi-joking calls “74xx-specific radio”, easily obtained discrete logic chips, along with some operational amplifiers and a handful of simple components, take the place of tuned LC circuits and interchangeable variable capacitors that adorn a typical superhat receiver. [Micha] started with the construction of an RF mixer from an analog multiplexer 74HC4051, which with the help of a phase splitter 2N3904 forms a switching mixer. The local oscillator relies on a controlled voltage oscillator (VCO) in 74HC4046 PLL, a chip that we’ve seen it before in [Elliot Williams]’excellent Logic Noise series. The IF filter is a simple bandpass filter with an amplifier; the demodulator also has an amplifier set up as a half-wave active rectifier. No winding windings, no tuning capacitors, no diodes with mysterious properties – and judging by the video below, it works pretty well.

It may not be the most conventional way to tune in shortwave, but we always love the results of projects that are artificially limited like this. Hats up [Micha] for the interesting journey on the design path, less traveled.