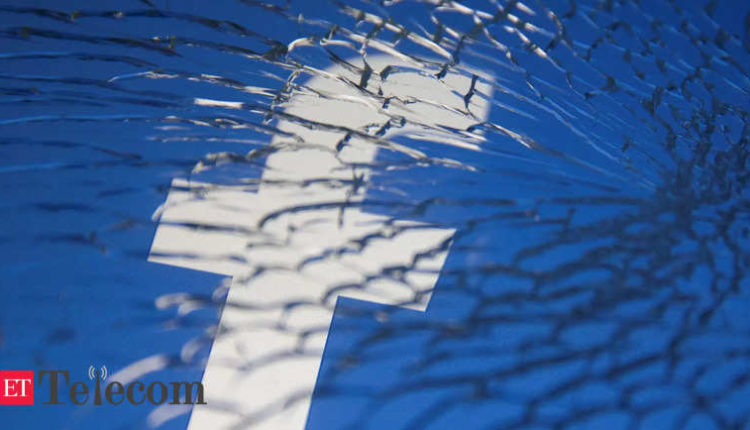 By SDR News On Oct 11, 2021
Share
In a question and answer session with employees last week, Mark Zuckerberg,, Facebook, was asked about Francis Haugen, turned a former product manager signal sender who testified Congress for the damages of the company.

Zuckerberg spent about 20 minutes discussing the whistleblower, her testimony and recent media coverage, without mentioning Haugen by name, according to a recording of the meeting received by The New York Times. Some of her claims about how the platform polarizes people, he told officials, were “pretty easy to debunk.”

The CEO’s comments were part of an internal effort that Facebook had begun to manage the aftermath of Haugen’s revelations. Even when Facebook executives publicly questioned Haugen’s credibility and called her accusations false, they were equally active in their internal positioning, trying to stick to the goodwill of more than 63,000 workers and allay concerns about the whistleblower. .

To counter Haugen’s allegations, supported by internal documents showing that Facebook’s services hurt the self-esteem of some children and aided human trafficking, executives held live internal events with employees, held emergency briefings and sent numerous notes, according to some of the notes received from The Times and interviews with about a dozen current and former employees. Company officials also provided information on how employees should react when asked “questions about recent events from friends and family,” according to one note.

Facebook has acted quickly since employees split into Haugen, people said. In an internal report last week shared with The Times, a worker said Haugen was “saying things that many people here have been saying for years” and that the company should listen to her. Another called her testimony “incredible” and said she was a “hero.”

However, others said Haugen should be served with a termination order and denied or sued for violating her agreement with Facebook for non-disclosure. Several have belittled her for lack of knowledge on the topics she addresses in her testimony in Congress, according to reports reviewed by The Times.

The employee debate is the latest headache for Facebook, created by 37-year-old Haugen, who worked in the civil disinformation team for nearly two years before leaving in May. During her time at the company, Haugen accumulated a number of internal investigations on Facebook, which she has since disseminated to news agencies, legislators and regulators to prove that the social network is aware of many of the harmful effects it causes.

Her revelations provoked strong criticism, which led Facebook to stop the development of Instagram service for children. In addition, its global security chief, Antigone Davis, was sharply questioned before Congress. After Haugen revealed her identity, she told Congress that Facebook deliberately kept people – including children – connected to its services. Many lawmakers thanked her for showing up.

In a statement on Sunday, Facebook spokesman Andy Stone said: “Because so much of what was reported on Facebook is wrong, we think it’s important to provide our employees with the facts.”

Haugen declined to comment on Zuckerberg’s remarks or internal discussions, but said in a statement that it came out in part because of what she called insufficient staffing of teams that worked on disinformation and election defense.

She said her former Facebook colleagues “deserve staff that reflects the sheer amount of work they do.”

Over the years, Facebook employees have become more outspoken. For example, in June 2020, hundreds of workers staged a walk to protest the lack of action by their bosses against the exciting posts that former President Donald Trump posted on the site.

These disagreements, as well as issues Facebook faces in spreading misinformation and hate speech, have removed the company’s image, which could make it difficult to recruit new employees.

So when Haugen revealed himself and said that Facebook had chosen “profits before safety,” executives took action. Over the past week, several corporate vice presidents have held internal live events to provide employees with more information on how different parts of the company operate, according to a note received by The Times.

The sessions included those with Guy Rosen, vice president of integrity; Ronan Bradley, Vice President of Analysis and Research; Monica Bickert, Vice President of Content Policy; and Pratiti Raychoudhury, vice president and head of research, the note said. Everyone talks about topics such as what the company understands about polarization, changes to the news feed algorithm, and how executives keep the platform safe.

Executives also distributed a list of discussion topics, a copy of which was obtained from The Times, so workers knew what to say if friends and family asked them about “recent events.” This list includes a denial that Facebook puts profit and growth above people’s safety and how the company called for government regulation.

In Zuckerberg’s regularly scheduled Q&A session with staff on Thursday, he defended Facebook and challenged Haugen’s characteristics, according to the meeting’s record.

“We care deeply about issues such as safety and well-being and mental health,” he said at one point. “So when you see a press coverage that just misrepresents our work and takes it out of context and then uses it to tell stories that are untrue about our motives, it’s really hard and discouraging to see that.”

Between questions about Facebook’s crippling shutdown on Monday, when all of the company’s apps became unavailable globally for more than five hours, and issues related to labor certification for foreign employees, Zuckerberg also claims that Facebook spends much more on research and security than larger companies like Google, Apple and Microsoft.

He assured his employees that in the end Facebook will get better.

The road to a long-term plan is not smooth, is it? It’s not like this straight line, “Zuckerberg said. “You know, sometimes they break you.”

Outside the meeting, officials had a heated debate about Haugen and her allegations. Some argue that Facebook should invite her to speak at a company-wide meeting, according to reports reviewed by The Times. One said her testimony was a “wake-up call” for Facebook, which has long been felt.

But other workers questioned Haugen’s motives, her origins and her credentials. In an internal statement, an official said Haugen was “pointless.” Some say she lacks technical knowledge.

“She didn’t know how the main stacks worked,” an engineer wrote on Facebook, referring to a term used by the engineering team to describe how data is structured in computer programming. He said all her testimony should be disqualified.

Others said Haugen’s coverage and the media misrepresented the kind of work they do on Facebook. In two public blog posts last week, Veronika Belokhvostova, director of Facebook, who heads data science, gathered recommendations from colleagues to point out how much progress they have made on safety, speech and other issues over the past few years.