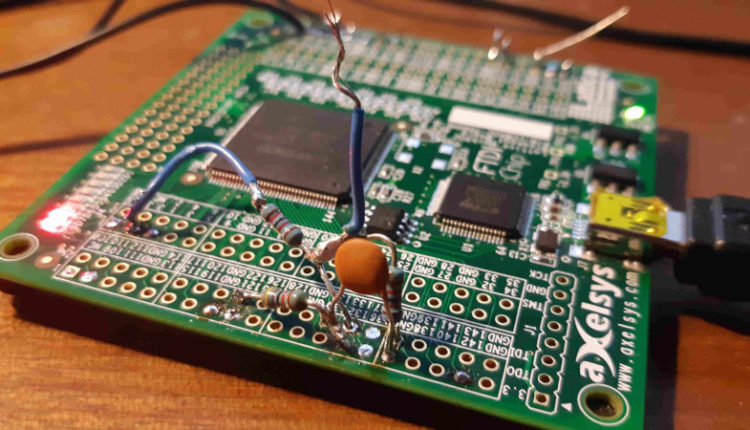 An FPGA And A Few Components Can Make A Radio

There was a time when making a radio involved a lot of work, a lot of winding and complicated alignment of the circuits. The advent of software-defined radio (SDR) has moved much of that into the realm of software, but of course there is another field in which radio can be created by code. [Alberto Garlassi] there is created a radio for AM and HF bands with a lattice MachXO2 FPGA and minimal external components.

He describes it as SDR, which, given that it was created by Verilog, is a term that can be applied to it. But instead of using the SDR topology of the ADC and digital signal processing, it implements a surprisingly traditional receiver for direct conversion.

It has a quadrature AM demodulator that bears a passing resemblance to SDRs with I and Q phased signals, but that’s where the similarity ends. The frequency is selected via an oscillator controlled by a serial port, and there is even a PWM amplifier on board that can control a speaker. The result can be seen in the video below and as you can hear the direct conversion with a quadrature demodulator approach makes a very efficient AM receiver.

If it’s small, but you still like a radio with minimal components, you should take a look at the range of Silicon Labs receiving chips.