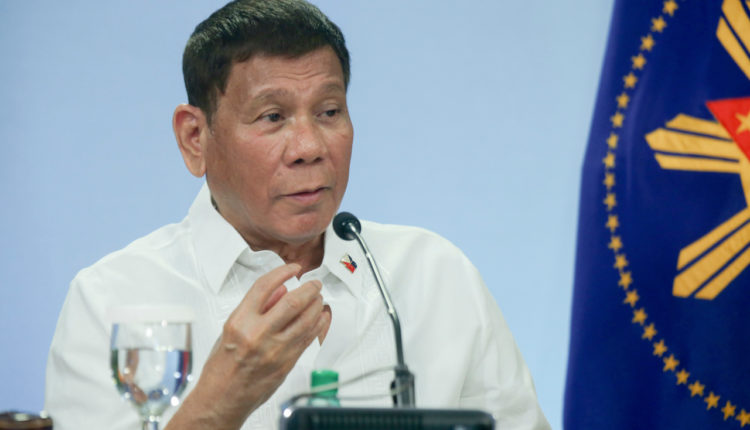 WELLINGTON, New Zealand (AP) – The military and police in the Pacific state of Fiji have surrounded and locked a large hospital amid fears of a growing outbreak of the virus.

Health officials say they are quarantining 400 patients, doctors, nurses and staff at the complex until they can determine who had contact with a deceased coronavirus patient.

The 53-year-old patient at Lautoka Hospital is only the third person in Fiji to die from the virus, but the country’s leaders are deeply concerned that the latest outbreak is spreading, especially after two doctors at the hospital tested positive for the virus.

Authorities say there are currently 28 cases of community-based transmission across the country. They have restricted traffic in six so-called closed areas, including the capital, Suva.

Fiji’s health system is poorly equipped to deal with a major epidemic.

Dr James Fong, the permanent secretary of health, said the hospital was closed and all medical services were diverted to other facilities. He said the sequestered at the hospital would be provided with food, bedding and whatever else was needed.

“We are currently at war with this virus and the front line has just reached Lautoka Hospital,” Dr. Fong said. “This will be the biggest test our health system has ever faced – it will be a test for all of us. Life is at stake, sacrifices must be made and the commitment of every Fijian is needed. The virus is insidious, relentless. “

Fiji is located north of New Zealand and is home to just under 1 million people.

In other events in the Asia-Pacific region:

– Indonesia bans travel during the popular period of return home to celebrate Eid al-Fitr. COVID-19 cases are declining in the world’s most populous Muslim country, but the government imposed the ban after seeing a significant rise in deaths last year after Eid, the end of Ramadan. The ban began on Thursday and will last 12 days, releasing only civil servants, police and military personnel and those who have to travel for work.

– Philippine President Rodrigo Duterte has asked China to return 1,000 doses of the donated Sinopharm vaccine after being criticized for the injection, even though the vaccine is not approved for public use in the country. The Philippine Minister of Health injected Duterte on Monday, and an unspecified number of Duterte security guards received the Sinopharm vaccine in secret. Duterte said he told the Chinese ambassador “that this has been criticized because Sinopharm has not been reviewed, so let’s just remove it. Download all Sinopharm vaccines, 1000 of them. Duterte said his injection did not violate any regulations, as he was exempted from “compassionate use.” Critics said Duterte and Health Minister Francisco Duque III were mocking vaccine regulations as ordinary Filipinos fought with multiple pandemic constraints.

– Australia’s drastic COVID-19 strategies to prevent citizens from leaving the country and returning from India are being challenged in court. The government opposes growing pressure to lift India’s travel ban last week until May 15 to reduce infections in Australian quarantine facilities. Federal Court Chief Justice James Olsop said a challenge to India’s travel ban would be heard by a judge on Monday. A libertarian group has launched a lawsuit against a ban on most Australians leaving the country until the full Federal Court. The three judges are likely to announce their sentences later.

– Infections in India reached another grim daily record on Thursday, as demand for medical oxygen jumped seven times and the government denied reports that it was slowly distributing rescue supplies from abroad. The number of new cases sampled 400,000 for the second time and pushed a total of 21 million out of India. The country’s health minister said India had enough oxygen but was facing restrictions on its relocation. Most liquid oxygen supplies are produced in the East Indies, while demand has grown in the north and west.