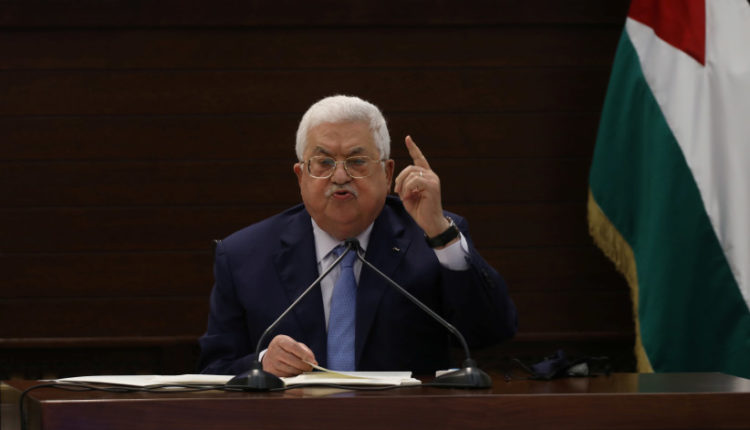 The European Union is in contact with Israel to allow the Palestinians to hold general elections in Jerusalem, EU Head of the EU Mission to the West Bank and Gaza Strip Sven Kuhn von Burgsdroff told Palestinian Authority President Mahmoud Abbas on Wednesday.

During a meeting in Ramallah, Burgsdroff assured Abbas that the EU supports the Palestinian elections and continues “intensive contacts” with Israel to allow the vote to take place in Jerusalem, according to the PA’s official agency, WAFA.

The meeting came amid reports that Abbas plans to announce his decision to postpone the election indefinitely due to Israel’s failure to respond to the PA’s request by held the vote in Jerusalem.

Excluding the last-minute change, Abbas will make his announcement during a crucial meeting of leaders of various Palestinian factions in Ramallah on Thursday night, according to two senior Palestinian officials.

During a meeting with the head of the EU mission, Abbas did not say whether he would suspend the elections.

Instead, Abbas called on the EU to continue to put pressure on Israel to allow the elections to take place in Jerusalem.

“President Abbas reaffirmed the importance of continuing EU pressure on the Israeli government to hold the Palestinian elections in the occupied city of Jerusalem in accordance with the agreements signed between the two countries,” WAFA reported.

Palestinian sources say Palestinian faction leaders are expected to discuss a proposal for Arabs in Jerusalem to vote at EU and UN offices in Jerusalem. Other sources point to the possibility of opening voting centers in mosques and churches in the city.

Mahmoud al-Alul, deputy leader of Abbas Fatah’s ruling faction, said on Wednesday that excluding Jerusalem from the May 22nd and July parliamentary and presidential elections, respectively, would be “treason and a crime”.

Aloul told Palestinian radio station Mawtiny that Israel had ignored requests from the EU and other parties to allow the election to take place in Jerusalem.

“For us, Jerusalem is not only a geographical location, but an essential part of our faith,” he said.

Meanwhile, several Palestinian voter lists have warned that the cancellation of the general election would be a “constitutional crime”.

In the joint statement, the lists state that Palestinians have the right to hold “peaceful protests” to express their opposition to any decision to cancel the election.

They also threatened to “take the necessary legal and judicial measures to oppose any tampering with the right of the Palestinian people to participate in the political process.”

Palestinian political activists have said any decision to cancel the election could provoke widespread protests against Abbas and the PA leadership.

“If Abbas cancels the election, it will increase the state of frustration among Palestinians, especially young people,” said Gaza political activist Jafar Salim. “I do not believe that the Palestinian public will allow such a decision to be taken without a strong response.”

Hamas and other Gaza-based terrorist groups said Wednesday they were opposed to the election being called off. The groups called on Abbas to abide by an agreement reached with Palestinian factions last year to hold general elections for parliament and the PA presidency.

Managing the Rising Cost of Optics in Networks