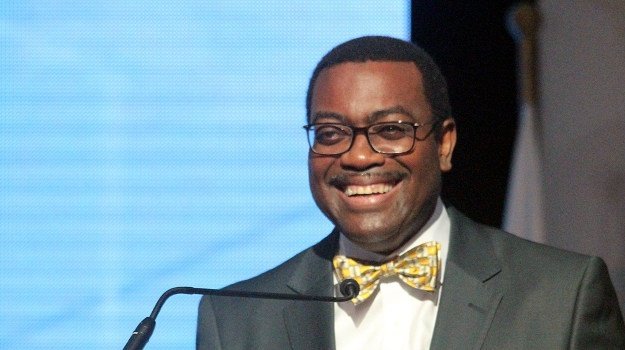 President of the African Development Bank Akinumi Adesina. (WE RECEIVE)

The resources of the International Monetary Fund should be used to buy holders of African bonds and prevent a crisis, as the global impetus to ease debt is sustained, the head of the continent’s largest multilateral lender said on Tuesday.

Akinwumi Adesina, president of the African Development Bank, said the common framework – created by the Group of 20 Leading Economies to attract private sector debt-related creditors along with public lenders – is unlikely to be used again. in its current state, as countries fear ratings downgrades if applied.

Still, many African countries desperately need debt relief as they struggle to make huge payments to investors in the coming years, Adesina said. To attract the private sector, he offered to repurchase foreign bonds with some of the $ 650 billion in reserve assets known as Special Drawing Rights, which the IMF plans to issue this year.

“These bullet payments, when they become due – and I don’t think Africa will be able to pay them – will really lead to a big, big debt crisis,” Adezina told Bloomberg News in Paris. “We need to use some of the SDRs as a way to buy part of this debt, but also conditionally ask the private sector to join the G20 general framework.”

Adesina’s proposal comes when leaders gather in Paris for a conference organized by France to finance African economies. Speaking after a separate meeting on Monday, French President Emmanuel Macron said he was advocating the final cancellation of the debt to Sudan, which for France would include the cancellation of about $ 5 billion.

Still, such a write-off would be a one-off measure that will not be repeated for other African countries, said French Finance Minister Bruno Le Mer.

So far, the efforts of international lenders have focused on halting the cost of debt service, which does little to deal with the $ 700 billion pile in Africa or the involvement of the private sector, which holds more than half of that debt.

The framework is available to 73 poor countries, but only Chad, Ethiopia and Zambia have so far requested it. Moody’s downgraded Ethiopia’s credit rating on Monday and maintained a review for further cuts, saying lengthy discussions on the country’s implementation of the Common Framework had increased the risk of private sector creditors incurring losses. Fitch Ratings already downgraded Ethiopia in February.

There are also doubts about whether the IMF’s allocation of SDRs can only restore African countries’ finances, with Fitch saying in March that this would not be enough to resolve the imbalances.