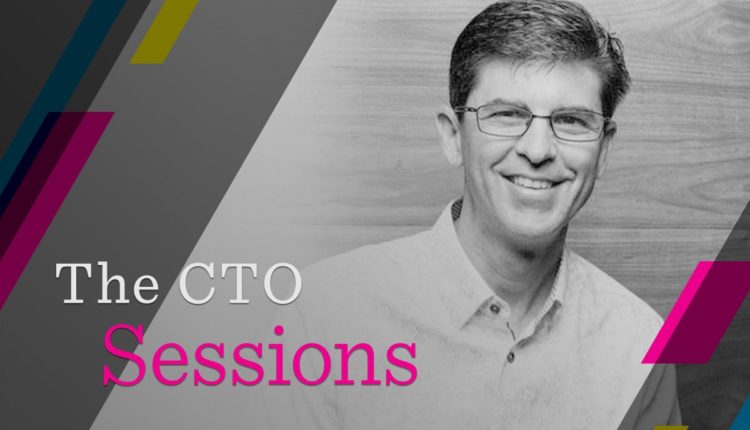 Brian Mathews is a technology futurist who has spent three decades architecting cloud and desktop software for designers and engineers. Most recently, he led a 500-person platform group at Autodesk that was responsible for software development, cloud operations, product security and compliance. Previously, he led software teams developing 3D reality capture, computer graphics, augmented reality, data compression and other products. Mathews holds a bachelor’s and a master’s degree in electrical engineering, both from Cornell University.

What was your first job? Besides cutting grass for people with 5+ acre lawns (on steep hills!), my first job was at a computer store where I taught classes on the original personal computers like the Apple II, IBM PC, Compaq, Hyperion, and more. I was one of the first people to use an Apple Lisa and Macintosh before the products launched. The Lisa was such a leap!

Did you always want to work in IT? Indirectly. I grew up with electronics and built extensions to my Apple II (light pens, real-time-clocks, home automation, voice recognition, modems, etc.). The early Apple PC’s came with circuit diagrams from Steve Wozniak that made it easy for experimenters to make stuff. I had to write a lot of software to make the electronics work, and eventually became interested in 3D computer graphics. Doing 3D back then was hard!

What was your education? Do you hold any certifications? What are they? My masters and undergraduate degrees are in Electrical Engineering from Cornell University.  While the coursework was interesting, the prize was Cornell’s computer graphics lab at a time when true-color pixel displays were rare (due to RAM cost). Several of us basically lived in the graphics lab under an NSF research grant, as undergraduates, where almost anything we did was innovative since the field was so new.

I later joined a startup with the same people that was eventually acquired by Autodesk, a company that is all about 3D graphics. While not the kind of certification you are asking about, I’m a proud nerd with my FCC Extra class amateur radio license, and am a registered VE (volunteer examiner). The “old” ham radio world is reinventing itself by combining with modern technologies like SDR, satellite communications, digital voice codecs, forward error correction, telemetry, and more. I recommend your tech-nerd readers check it out.

Explain your career path. Did you take any detours? If so, discuss. The best career path is not a ladder: pencils don’t balance well. When young I was fortunate enough to be good, but not great, at programming.  While I wrote code at my first startup, I protected our genius developers by taking responsibility for customer support, training, QA, IT, and consulting. I embraced detours connecting technology and business, gaining experience with public speaking, customers, operations, and more. Three startups and 25 years at Autodesk working on 3D computer graphics, 3D scanning, 3D printing, data compression, large format printing, cloud computing, security, privacy, and of course CAD provided a base as I grew into CTO positions supporting dozens of products and millions of customers.

What type of CTO are you? Situational. There are so many roles: external focused on customers and marketing, internal focused on platforms and architecture, and sideways focused on opportunities and threats.  I start any initiative getting clarity within Michael Porter’s “What is Strategy” frameworks. If clarity is achieved, I become a disciple of Eric Ries’ “The Lean Startup” and the concept of not directly investing in innovative product R&D, but indirectly building fast-and-cheap experiments to test assumptions about the market and technology. If the idea survives experiments with customers, I become a fan of Geoffrey Moore’s “Crossing the Chasm” and how to evolve an immature product into a complete solution for pragmatic customers.

Which emerging technology are you most excited about the prospect of? Technologists are fascinated with invention over innovation. I see emerging technology as an accelerant, but not the vehicle (that’s where strategy comes in). I get as excited as any nerd about machine learning, but historically the biggest impacts occur when existing technologies are combined or borrowed from other industries.  A friend researched 1,000 years of innovation as part of “The Innovation Genome Project” and discovered patterns in inventions ranging from the wheel, to the written word, to U2’s music and how they fit into a framework of seven questions (Google it).  But yeah, generative design (see https://youtu.be/A31A8KDC9S4), machine learning, and the latest 3D reality-capture technologies (ex. the sensors in self-driving cars) are cool, especially when applied to manufacturing.

Are there any technologies which you think are overhyped? Why? Gartner’s “Hype Cycle” is well documented. Ray Kurzweil says: “humans think in linear terms, and graphs of exponential technology growth look linear at the beginning.” The 1970’s internet became an “overnight success” twenty years later, followed by the “dot-bomb”.  But hey, would you say the internet is over-hyped?

It’s a similar story for machine learning, self-driving cars, and quantum computing. The best time to invest in a technology is not when everyone else is doing it: by then there is no strategic differentiation from competitors. How can you tell if a new technology’s ecosystem is near practicality, so you don’t burn 20 years of cash on R&D?  Like stock investors unable to “time the market”, the solution is to continuously run cheap experiments testing practicality and market assumptions so you are barely in front of the crest rather than chasing it.

What is one unique initiative that you’ve employed over the last 12 months that you’re really proud of? Integrating a stack of cutting-edge computer vision, machine learning, and sensor technologies that can help robots shift from being blind, numb, and dumb to seeing, feeling, and adapting to their environment. It’s like the technology of “self-driving cars” applied to a manufacturing and robotics context. When you combine algorithms with too many false positives against algorithms with too many false negatives you get something better than the average. Ants and bees have stacks of simple rules that, at scale, create complex behaviors. Emergence is cool when it happens.

What is the biggest issue that you’re helping customers with at the moment? Resiliency. People in the cloud computing world are used to everything failing (power supplies, disks, internet feeds, etc.) and everyone builds resiliency in from the start. In manufacturing, however, the trends have been globalisation, complex supply chains, and just-in-time approaches that optimised for cost and quality but not resiliency. We are in a world of COVID pandemics where workers aren’t allowed in factories, tariffs change location economics overnight, trade-wars create investment uncertainty, travel disruptions slow everything, consumer demand is chaotic, and even a lack of shipping containers has become a major bottleneck. The answer is localised micro-automation we call “microfactories” installed near customer demand.  While deploying traditional automation is slow and expensive, we use modular hardware with software-controlled-everything to automate design-to-delivery of automation solutions.

How do you align your technology use to meet business goals? We measure technology against a few goals: reducing the time it takes to deploy our automated manufacturing solutions, improving production quality, and reducing TCO.

Do you have any trouble matching product/service strategy with tech strategy? People use the term “technology strategy” when they should say “technology plan”. If you go back to Michael Porter’s definition, strategy is about what value your company is offering customers differently than competitors, and how to make that difference defendable. In other words, strategy can only be defined in terms of the external market regarding customers and competitors. Anything internal is just a plan that, hopefully, supports a strategy. Deploying Netsuite, leveraging machine learning, and embracing serverless architecture are not strategies since your competitors can do (and are likely doing) the same things. The only strategy should be the customer solution strategy, and more specifically how the solution is differentiated from competitors in a valuable way. Otherwise, you’re in a downward pricing spiral. It might hurt the ego of a lot of CTO’s, but this is the reason technology is rarely a true strategy and should be considered a (highly effective) accelerant.

What makes an effective tech strategy? Start with a deep understanding of your customer’s pain, and a shallow understanding of how customers are asking you to eliminate the pain. Answer the three strategy questions: “What value am I providing?”, “How is it different from competitors offerings?”, and “How can I stay differentiated”?

Copy the process of your sales coworkers and use an (innovation) funnel: be expansive in capturing ideas and restrictive in your funding. Fund cheap technology + customer tests and not R&D projects until you have early signals of product-market fit and technology practicality.  Consider the entire product (sales, service, scale, support, etc.) and not just the technology.  Focus on innovation, not invention, and invention will happen organically where needed.

What predictions do you have for the role of the CTO in the future? Marc Andreessen said, “Software is eating the world.” Over time this implies that every business domain is going to require its own technologically savvy senior leadership including digital marketing, sales automation, legal directed privacy controls, etc. I predict the best CTO’s will find a way to shrink their organisations (!) because they’ve helped the business functions internalise technology directly. The CTO then performs a key role in facilitating technology synergies across business functions while not becoming the bottleneck. The future CTO needs to be an inspirational communicator who, without direct authority, can align external customers and internal business units against a strategic vision. “Gandhi” comes to mind: you’ve succeeded when you aren’t needed.

What has been your greatest career achievement? A pro-bono 3D scan of the Smithsonian Institution’s Apollo 11 Command Module that returned from the moon. The team captured 7TB of data, invented several new computer vision and computer graphics algorithms, and processed the data for two years resulting in an amazingly high-resolution 3D model (and a virtual reality experience I’ve spent hours exploring).  We used a combination of phased-based and time-of-flight lasers, a laser line scanner, multiple structured light scanners, and several photogrammetry structure-from-motion rigs. Nobody had ever integrated so many 3D feature-types on such a large dataset (so large you can’t load the files into RAM). The raw data is just waiting for Moore’s law to catch up so we can re-process it and get even higher fidelity visualisations.

Looking back with 20:20 hindsight, what would you have done differently? I struggle with Stephen Covey’s concept of trying to prioritise what’s “important” over that which is “urgent”. I would have started prototyping ideas earlier. There are several billion-dollar ideas that I’ve had over the years that I kept in my head, distracted by urgent issues, only to see some other company capitalise on the idea before I even started. It especially hurts when the company capitalising on the idea doesn’t fully grasp the potential.