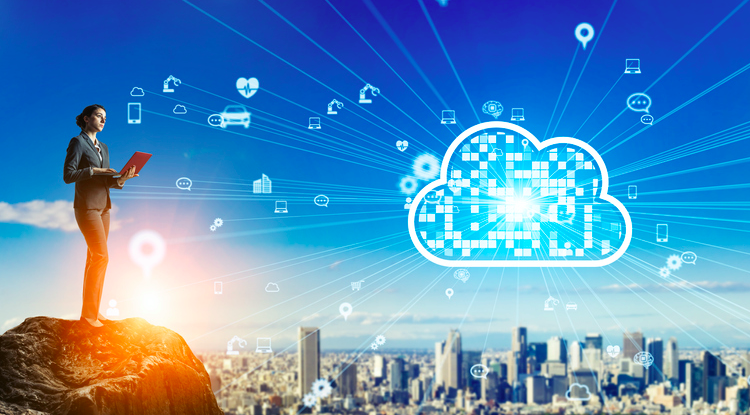 Dish has chosen a lot of vendors to help it build its greenfield 5G network. But wait! There’s one more: Dell Technologies.

Dish said today that it’s working with Dell to provide compute resources for the edges of its network.

Dennis Hoffman, senior vice president and general manager of Dell Technologies Telecom Systems Business, said, “Dell is providing the hardware-software foundation for [Dish’s] edge cloud.” He said Dell is also providing some systems integration capability, and it will “act as an aggregation point for the silicon ecosystem to drive these platforms.”

It was big news when Dish announced that it was using Amazon Web Services (AWS) to host its 5G RAN and mobile core.

Today, Dish’s Chief Network Officer Marc Rouanne said that there was still a need for Dish to work with a vendor for the “huge distributed edge cloud,” which Dish is building.

He said the company will have three different tiers of “edge.” The biggest tier is AWS availability zones with their massive compute capability. “With AWS we’re pushing the data centers to the availability zones and local zones so we can push large compute close to the markets.”

The middle tier is comprised of sites between the public cloud and the cell towers. Rouanne said Dish will put “mini data centers” in thousands of locations, connected with optical fiber.

The smallest edge tier is at cell tower sites and at enterprise locations. “We’ll repeat the same architecture at the micro-level,” said Rouanne. “We have a Kubernetes layer working with VMware to orchestrate all that.”

The company is looking at putting servers at the base of cell towers, something that is considered pretty out-of-the-box thinking at this point. Only a few companies are experimenting with this, including American Tower.

American Tower’s CEO has talked quite a bit about using some of the company’s real estate at the base of its 43,000 U.S. tower sites for mobile edge compute. He says the sites are well-suited for MEC with ready access to power, fiber, security and connections to mobile operators.

American Tower is one of Dish’s tower vendors.

Rouanne said Dish is looking at putting Dell servers at some tower locations where it leases tower space for its 5G radios.

Hoffman said Dell is working on “getting this all consumable in a package.” He said some of the locations where Dish wants to deploy compute resources will have special challenges, citing the prospect of a “micro data center at a cell tower in Montana in the middle of winter.”

He said Dell and Dish are working together “to really go after the opportunity to capture the edge and monetize this.” This could include 5G private wireless networks and software-defined wide area networks (SD-WAN).

Dish is not shy about bringing in tons of partners to its network ecosystem. Rouanne name-dropped a bunch of major chip vendors, including Intel and Qualcomm, along with Broadcom, Nvidia, Marvell and Xilinx. Some of these companies it has announced partnerships with and some it hasn’t. But he said, “It’s all coming into the domain of an integrator like Dell, We see diversity at the edge. We want to exploit that diversity.”