A new generation of networked, interacting robots developed by researchers at the Center for Connected Autonomy and Artificial Intelligence (ca-ai.fau.edu) at Florida Atlantic University‘s College of Engineering and Computer Science and the Institute for Sensory and Embedded Network Systems Engineering (SENSE) is related to “teamwork”. The center received a $ 1 million grant from the National Science Foundation (NSF) to develop the country’s first testing platform that connects robots using extremely high-speed millimeter-wave connections. Until recently, these high-frequency radio waves (30 to 300 GHz) were mainly used for remote monitoring, radio astronomy, car radar and security screening.

Traditionally, the sensor technology used for robotic systems includes cameras, GPS and LiDAR. In terms of communication, the individual robots are conventionally connected to a central controller via Wi-Fi or 5G. The FAU research team will equip a team of robots with individually programmable millimeter-wave modems to create their own ultra-high-speed autonomous network and then train them to perform tasks as a team. The autonomous network of mm waves will have dual use in communication and sensors between the robot. Researchers from the center will develop new algorithms for multi-agent training, implemented through network robots, as well as protocols for networking of robotic teams.

“Just like humans, autonomous robots need to communicate with each other to learn together and perform a team task or mission such as search and rescue,” he said. Dimitris Pados, PhD, Principal Investigator, Distinguished Professor Professor Schmidt, Department of Electrical Engineering and Computer Science, an associate of FAU I-SENSE and director of the Center for Connected Autonomy and Artificial Intelligence, which has already raised more than $ 9 million in federal funding since its official opening in March. “Our five test robots will be able to communicate at ultra-high speeds per gigabit per second, forming and directing” rays “to each other, which will also allow them to see through objects when needed. They will see, so to speak, what other robots feel in real time, which will result in five times more eyes thanks to the almost instantaneous exchange of large amounts of data.

The millimeter-wave robotic AI training and teaming platform consists of five terrestrial mobile robotic modules, all equipped with built-in mmwave programmable transceivers, LiDAR and GPU (graphics processing unit). Two of the mobile robotic modules are equipped with a robotic arm. Additional main components of the platform include two programmable mmwave fixed point transceivers and a GPU tower on the base station.

“By recreating the mobility and dynamics seen in real-world scenarios, our project will be the first to allow an in-depth experimental evaluation of mmWave multifunction radios and connected artificial intelligence systems and enable the strengthening of ongoing partnerships between mmWave networks and academic and robotic industry communities that are at the forefront of developing mmWave and subTHz software-defined radios and robotic platforms, ”he said. George Slivanitis, Ph.D., co-PI, Research Assistant, Department of Electrical and Computer Science, and FAU I-SENSE Fellow, working with Pados and co-PIs Xiangnan Zhong, PhD, assistant in the Department of Electrical Engineering and Computer Science; and Jason Holstrom, PhD, Director of FAU I-SENSE and Professor in the Department of Electrical Engineering and Computer Engineering.

As data is the fuel for learning and working with AI systems, researchers from the Center for Connected Autonomy and Artificial Intelligence also evaluate the quality of the data. To train the robots, they will use selected datasets developed as part of their ACE project (Autonomous Tensor Data Conformity Assessment through a New Analysis of the Main Components of the L1-Norm), funded by the US Air Force Research Office. , which aims to assess data quality and suppress erroneous records. They are also working to stop saboteurs’ attempts to inject the wrong data to mislead autonomous systems by monitoring real-time operational data.

“Whenever you have defective robots or a defective autonomous system, the data is usually at the root of the problem,” Pados said. “For example, a somewhat defective sensor that produces the wrong measurement at the wrong time may be enough to cause a catastrophic event. We are developing a new theory and algorithms to identify values ​​in data that do not match or do not make sense when connected to each other to serve as a warning system to notify people that something is wrong. We do this both for the training phase of artificial intelligence systems and for their operational phase afterwards. ”

The new connected robotic platform offers a unique opportunity to explore and learn at the exciting crossroads of mmWave wireless, robotics and multi-agent AI. Researchers from all American universities will be offered remote access to the FAU platform for experimentation.

“This new platform, developed by our team at the Center for Connected Autonomy and Artificial Intelligence, will enhance research activities in the field of multi-agent AI and mmWave networks and communications,” they said. Star of Batalam, PhD, Dean of the College of Engineering and Computer Science. “This will allow for rapid testing and repeatable comparable assessment of joint operations with artificial intelligence and distributed observation, positioning, time, navigation and communication, developed by researchers in different institutions. 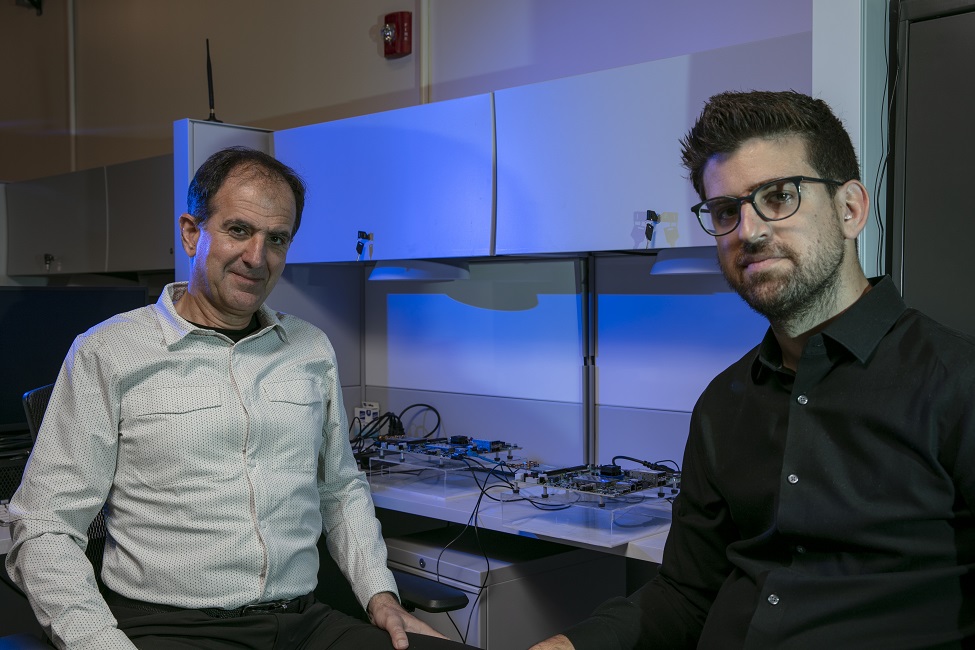