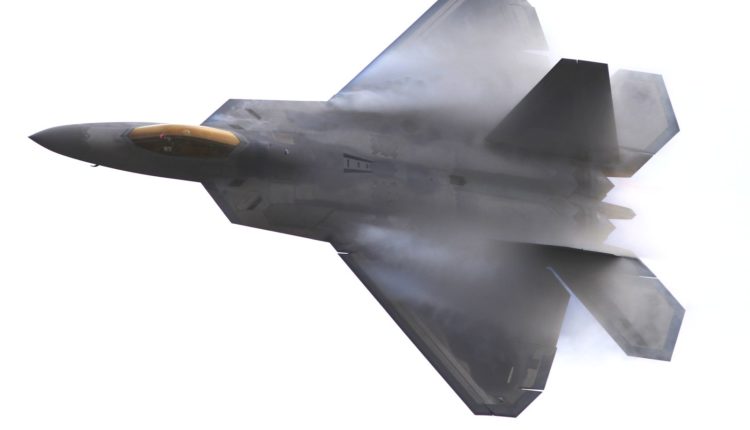 “Flying Data Centers”: America’s Next Stealth Fighter Will Be a High-Tech War Machine

While almost nothing is known publicly about the now airborne air force sixth generation aircraft, in no case would it be considered a stretch to expect it to be built faster and far more maneuverable than any stealth fighter in existence. Is there superb speed similar to Super Cruise propulsion technology and dog fighting skills compared to F-22 stealth fighter? Does it bring new generations of computational speeds and artificial intelligence (AI) analysis into air combat?

There are well-known technical parameters for achieving speed and combat capabilities in dogs, including improved thrust-to-weight ratios, high-speed vectoring, engine propulsion technologies, and lightweight composite structures. Yet there is another way to optimize maneuverability and speed potential through streamlined “multifunctional hardware, ”A concept that is now being thoroughly explored by Raytheon.

The developers describe the “multifunctional hardware” type as a way to integrate a variety of otherwise different functions into an operating system. The idea of ​​reducing the size, weight and consumption of a fighter jet, perhaps most significantly improving exponentially information processing.

For example, Jason Tex Clark, director of modern mission systems, Raytheon Intelligence & Space, promoted this concept during an event at Raytheon. “I really believe we are entering an era that includes the idea of ​​multifunctional hardware. And what do I mean by that? Nowadays, planes, [you] I have a radar, [you] have a radio or permanent, [you] need the system. I believe that when we move to the next generation of tactical platforms, we will move to the world of multifunctional RF [radio frequencies] … so this idea of ​​multifunctional technology and software-defined technologies will support the changing needs of the mission, ”Clark said.

Having more operational functions performed by one system not only reduces the hardware footprint, but can also significantly speed up information processing. Raytheon is currently working on a new generation of on-board computer processing designed to, as the company’s engineers put it, essentially turn aircraft into “flying data centers. “

“Embedded computer clusters, made up of high-performance robust processors, will effectively place the data center in the sky. These systems will use artificial intelligence to turn data into real-time information. The end result will be faster decision-making, ”said Tomek Rhys, Director of Communications and Airspace Management Systems, Raytheon Intelligence & Space, at a special sixth-generation Raytheon webinar.

Integrating, organizing, and analyzing data through new applications of computer processing technology is now being done by Raytheon through internal research and development. These advances can form the basis of a wide range of next-generation stealth technologies currently under development, including new radar-avoiding configurations, roofing materials, and advanced thermal signature reduction.

Raytheon Intelligence & Space is one of a group of industry developers partnering with the military to explore opportunities when it comes to integrating new capabilities into sixth generation platforms.

“We offer processors for fourth- and fifth-generation fighters, so we’re in a unique position to understand the needs of sixth-generation aircraft,” Rhys said.

Chris Osborne is the defense editor of National Interest. Osborne previously served at the Pentagon as a highly qualified expert in the office of the assistant secretary of the military – acquisition, logistics and technology. Osborne has also worked as a leading and terrestrial military specialist on national television networks. He is a guest military expert on Fox News, MSNBC, The Military Channel and The History Channel. He also has a master’s degree in comparative literature from Columbia University.