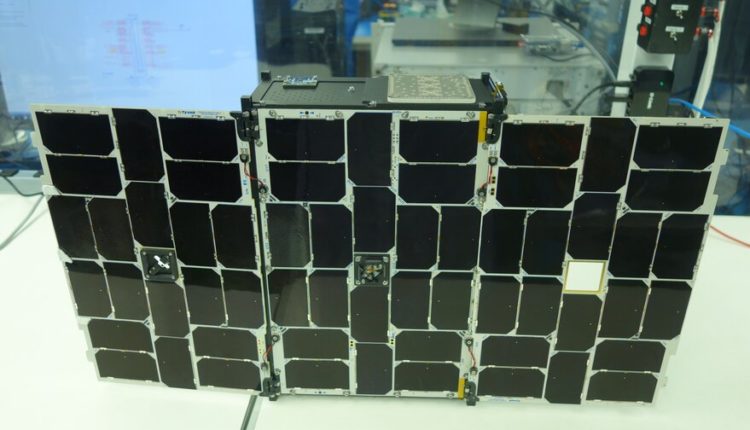 WASHINGTON – GeoOptics plans to deploy a constellation of dozens of small scalps over the next five years to collect weather and other Earth science data for government and commercial customers.

The company, based in Pasadena, California, announced on July 29 that it will begin launching next year a line of satellites called CICERO-2, which are upgraded versions of CICERO satellites that were previously released to collect used radio occult data. the Global Navigation Satellite System (GNSS) in weather forecasting.

“It’s all based on essentially one tool in slightly different forms,” ​​said Alex Saltman, CEO of GeoOptics, in an interview. “Using this universal tool, our observations are defined by software rather than hardware.”

As long as a universal tool is used, there will be some satellite customization. “Each satellite is likely to make multiple measurements, but not all,” he said, depending on factors such as their orbits. While the original CICERO satellites were 6U cc, the new satellites will be a combination of 6U and 12U cc, with several possibly larger ones.

The first CICERO-2 satellites will launch in early 2022, and the next will be followed later in the year. The long-term goal is to launch about 50 in five years.

Later, satellites can carry additional tools. GeoOptics is working on radar to measure ocean winds and other surface properties. This instrument, developed with the support of the National Oceanographic Partnership Program, could be ready for flight by the end of 2023, Saltman said. “The radar tool will be a real workhorse for a wide variety of measurements, both government and commercial applications.”

The company is also working on an approach using small caps to map the Earth’s gravitational field, similar to the Gravity and Climate Recovery Experiment (GRACE) and the GRACE Follow On missions, which measure the change in mass associated with water movement. The decimal study of Earth science, published in early 2018, recommends NASA to continue the successor to GRACE Follow On.

According to him, this system will be developed jointly with NASA to implement the recommendation for a decade and the company has won NASA technology contracts to work early on the concept. “We have the design of the instruments and do all the other work to prove how the constellation will work.”

Saltman said GeoOptics has enough funding to begin deploying CICERO-2 satellites. Later, satellites can be financed through some combination of cash flow or additional investment.

GeoOptics expects revenue to come from a combination of government and commercial customers. In addition to NASA’s potential Earth science business, the company has a contract with the National Oceanic and Atmospheric Administration to provide GNSS radio exclusion data for weather forecasting.

“CICERO-2 was created to help provide NOAA high-priority climate and meteorological observations,” said Konrad Lautenbacher, CEO of GeoOptics and former NOAA administrator, in a statement. “It can also play a key role in supporting the crucial meteorological data requirements of the Ministry of Defense.”

The company also sees interest from commercial customers, such as Climavision, which includes GeoOptics data in the forecasts it develops for customers in various industries. “We work with them to create weather forecasts for customers with high leverage, such as suppliers and airlines, who need the best forecasts,” Saltman said. “We are seeing a lot of excitement in the market for this product.”

“State markets are important, but they are moving slowly,” he said. “Commercial markets may be less complex to begin with, but they are also where much of the long-term growth is.”