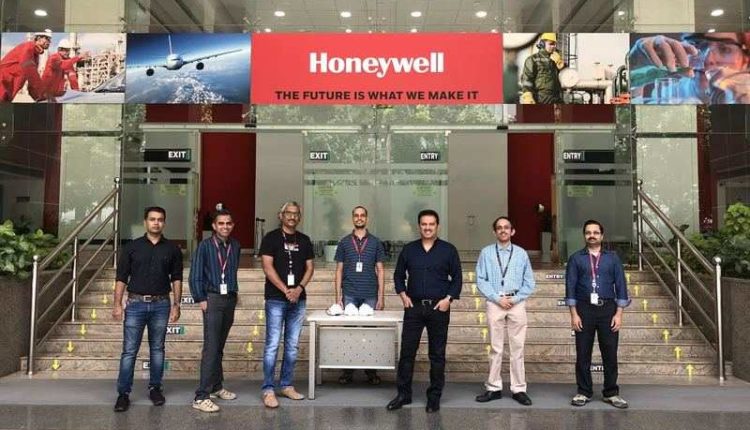 In orbit 35,000 km from the Earth’s surface are 14 satellites of Inmarsat constellation. Placed in geosynchronous orbit, these satellites can provide mobile coverage and data coverage across the entire planet. They communicate with portable terminals on Earth and are used especially in areas where there is no reliable terrestrial network, such as the environment at sea or in the air.

Their protocol was recently upgraded to provide new and improved services. When an improvement occurs, all satellite customers also need to change their protocol. This presented an opportunity for HoneyEngineers from India, who in just over a year designed and launched a next-generation portable satellite terminal that takes full advantage of the new protocol.

“We were one of the first companies to enter the market with a new product and we can proudly say that all the work has been done by our technology centers in India,” says Ajeya Motaganahalli. Technical Director of Honeywell SPS (Safety and Performance Solutions) India.

The challenge was that everything – from the physical layer, to the motherboard, the antenna, the software stack and even the schematics – had to be developed from scratch, because the product is a complex interaction between hardware, software and firmware.

The portable satellite terminal, called the SAT-IDP terminal, can track, monitor and control high-value assets in virtually any environment anywhere in the world using the Inmarsat network. These can be transport containers, industrial equipment or mining and agricultural equipment, all related to logistics.

Once an asset is equipped with a SAT-IDP terminal and implemented, the terminal can be programmed to send and receive customized data – including temperature, humidity, vibration and shock – from internal and external sensors. “It’s a machine-to-machine (M2M) communication device. We can have sensors that have the ability to detect gasoline leaks from a pipeline across the world,” Motaganahali said.

The design and development of the terminal required a thorough understanding of satellite radios and hardware and software wireless design. Expertise in electromagnetic interference, electronic magnetic compliance and the design of electronic printed circuit boards are crucial to address the challenges of product certification.

Basically, the terminal uses software-defined radio, which supports the new Inmarsat protocol within the existing form factor of previous M2M terminals, which have a large installed base. “Added support for additional inputs and outputs, accelerometer, Bluetooth communication and geo-fencing capability to allow customers to continue to process all their existing uses and activate new ones,” says Motaganahali.

The ghostly radio station that no one claims to run