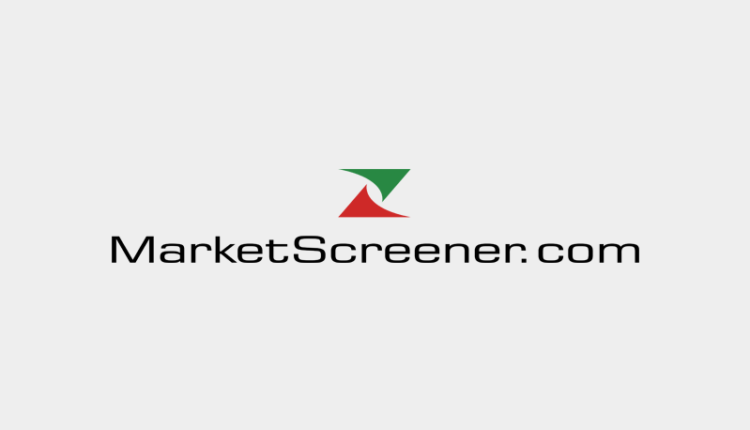 Leonardo S p A : A4ESSOR achieves acceptance for its ESSOR HDR Base Waveform

A4ESSOR partners will transfer ESSOR HDR Base Waveform to their respective software-defined radio stations (SDRs) as part of the next phase of the project. The final tests for interoperability between the partners’ radio stations will complete the ESSOR OC1 project, with the release of improved and up-to-date ESSOR target waveforms, ready for deployment in the operational field.

The stage reached not only confirms the maturity of ESSOR technology, but also shows that cooperation between different countries and between different companies is a key element in improving European products and the competitiveness of European industries in the global communications market.

a4ESSOR is a joint venture between Bittium (Finland), Indra (Spain), Leonardo (Italy), Radmor (Poland), Rohde & Schwarz (Germany) and Thales (France). The Joint Undertaking shall be responsible for managing industrial activities under the ESSOR program and coordinating the work of the partners.

The ESSOR program was launched in 2009 under the auspices of the European Defense Agency (EDA). The aim of the program is to develop a software-defined radio architecture and the new ESSOR HDR WF coalition to facilitate interoperability between the European armed forces.


About ESSOR
The goal of the ESSOR program is to develop pan-European software with software-defined radio (SDR) to improve the ability of the armed forces to cooperate in coalition operations. The program was launched in 2009 under the auspices of the European Defense Agency (EDA) and is currently sponsored by the governments of Finland, France, Germany, Italy, Poland and Spain. The Alliance for ESSOR (a4ESSOR SAS) Joint Undertaking has been selected by the Conjointe de Coopération en matière d’ARmement (OCCAR) to manage an industrial consortium whose members are Bittium from Finland, Indra from Spain, Leonardo from Italy, Radmor from Poland, Rohde & Schwarz from Germany and Thales from France. In addition to the European High Speed ​​Data Transfer (HDR) waveform, the program has created and validated the definition of a European SDR architecture, which has been transferred and qualified on six different European platforms. The benefits of waveform interoperability are regularly demonstrated through network tests involving different national platforms.


About Bittium – defense and security
Bittium is a trusted Finnish company with over 35 years of experience in modern radio communication technologies. For the defense and security market, Bittium offers the most modern products and solutions for tactical and secure communications. Tactical communication products and solutions deliver broadband data and voice to all troops on the battlefield. For secure communications, Bittium offers proven mobile devices and confidential cybersecurity solutions. Net sales in 2020 are 78.4 million euros and operating profit is 2.1 million euros. Bittium is listed on the Nasdaq Helsinki Stock Exchange. www.bittium.com


About Indra
Indra is one of the world’s leading technology and consulting companies and technology partner for the core business operations of its customers worldwide. It is a world leader in providing its own solutions in specific segments of the transport and defense markets and a leading company in the field of digital transformation consulting and information technology in Spain and Latin America through its subsidiary Minsait. Its business model is based on a wide range of proprietary products, with a high value focus and a high innovation component. In fiscal 2020, Indra had revenues of 3.043 billion euros, nearly 48,000 employees, a local presence in 46 countries and business operations in more than 140 countries. www.indracompany.com

For Leonardo
Leonardo, a global high-tech company, is among the top ten global players in space, defense and security and the main industrial company in Italy. Organized in five business divisions, Leonardo has a significant industrial presence in Italy, the United Kingdom, Poland and the United States, where it also works through subsidiaries such as Leonardo DRS (defense electronics), as well as joint ventures and partnerships: ATR, MBDA, Telespazio, Thales Alenia Space and Avio. Leonardo competes in the most important international markets, using its areas of technological and product leadership (helicopters, aircraft, air structures, electronics, cybersecurity and space). Listed on the Milan Stock Exchange (LDO), in 2019 Leonardo registered consolidated revenues of 13.8 billion euros and invested 1.5 billion euros in research and development. The group has been part of the Dow Jones Sustainability Index (DJSI) since 2010 and has been named the world leader in sustainability in the space and defense sector for the second consecutive year by DJSI in 2020. www.leonardocompany.com

About Radmore
RADMOR SA is part of the WB Group, Poland’s largest private equity group involved in the defense industry. RADMOR is a designer, manufacturer and supplier of modern radio communication solutions for the army and civilian services. The company carries out defense and security activities of the Polish state, produces military radio stations and distributes civilian radio stations. RADMOR engineers focus on the research and development of modern radio communication systems, as well as devices (pocket devices, backpacks and car radios operating in HF / VHF / UHF and 2.4 GHz bands), waveforms (narrowband / broadband) and specialized software (eg SCA, SCIP, NINE). All these activities are supported by our own accredited laboratory (environmental exposure, EMC compatibility) and production line. RADMOR, together with WB Group members, provides complete military systems to many armies around the world. www.radmor.com.pl/eng

Regarding Rohde & Schwarz
Rohde & Schwarz is a leading provider of solutions in the fields of testing and measurement, broadcasting and media, aerospace, defense, security and networking, and cybersecurity. The technology group’s innovative communication, information and security products help industry and government customers provide a safer and more connected world. As of June 30, 2020, Rohde & Schwarz has approximately 12,300 employees worldwide. The independent group achieved net income of 2.58 billion euros in fiscal 2019/2020 (July to June). The company is headquartered in Munich, Germany, and has subsidiaries in over 70 countries, with regional centers in Asia and America. Rohde & Schwarz is the main supplier of the joint radio system of the German Armed Forces (Bundeswehr) (SVFuA, series name: SOVERON D). www.rohde-schwarz.com


About Thales
Thales (Euronext Paris: HO) is a world leader in modern technology, investing in digital and “deep technological” innovations – connectivity, big data, artificial intelligence, cybersecurity and quantum computing – to build a secure future crucial to the development of our societies . The group provides its clients – businesses, organizations and governments – in the fields of defense, aerospace, transport and digital identity, and domain solutions, services and products that help them fulfill their critical roles, with personality as the driving force behind all solutions.
Thales has 81,000 employees in 68 countries. In 2020, the Group had sales of EUR 17 billion.