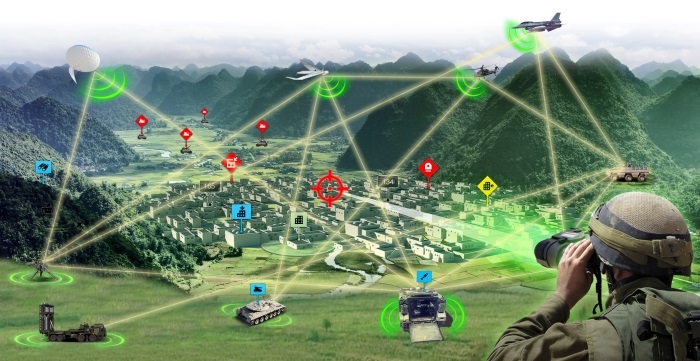 Israeli defense systems Rafael will participate in the DSEI exhibition, which will be held on September 14-17 in London.

The company will showcase its various land, air and sea solutions at the event. According to the company, they include:

Next Generation Combat Vehicle Suite (NGCV-S)
The NGCV-S transforms any combat vehicle into a connected, well-protected, optionally lethal manned defense system. A number of sensors and cameras provide full awareness of the situation, automatic target detection allows the detection and identification of threats, and a comprehensive video management system allows crew members to remain fully protected in the cabin. The package with an improved artificial intelligence architecture will be shown for the first time in DSEI.

Sea Breaker
Launched in June, Rafael’s Sea Breaker is a 5th generation precision-guided autonomous missile system that allows effective attacks against a variety of marine and ground targets. Sea Breaker serves as an accurate, surgical force multiplier both on land and at sea. The DSEI system will be shown for the first time outside of Israel and for the first time at a global defense exhibition.

APS Trophy
As the only one in the world to work, proven in an active defense combat system for armored combat vehicles, Trophy APS detects, classifies and engages incoming threats and provides unparalleled viability and maneuverability for all classes of vehicles.

Fire weaver
A network system that connects all elements of the battlefield in real time, instantly selecting the most suitable shooter for each acquired target. Simultaneously handling multiple targets, using AI and data synthesis, enables fighters to receive and share battlefield data through augmented reality icons on their weapon sights, creating a common picture of awareness for all participants.

For more than 70 years, Rafael Advanced Defense Systems has been a pioneer in defense research and development. Known for his wide range of innovative, proven combat technologies, Raphael transformed the approach to the modern battlefield. With dozens of multifunctional multi-platform solutions for air, land, sea, cyber or space applications, Rafael solutions are currently being implemented by dozens of military and security forces around the world, according to the company.