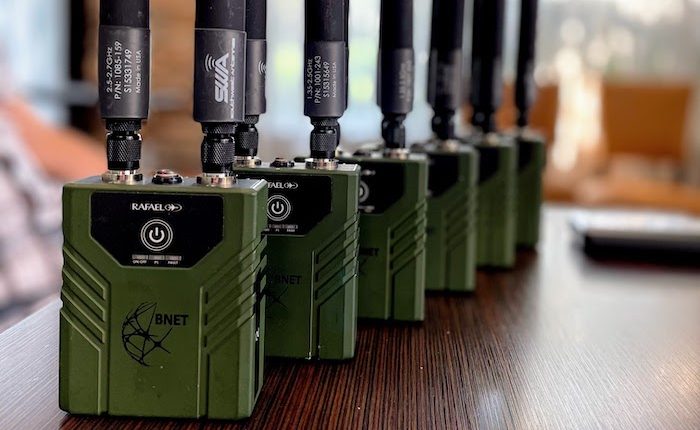 According to the company, BNET NANO brings revolutionary battlefield capabilities based on Rafael’s game-changing Multi-Channel Reception (MCR) technology, unprecedented network capacity in terms of data rate and number of users, minimal latency and support for ” flat “networks with hundreds of members.

The radio operates in areas rejected by GPS, an increasingly typical scenario on today’s battlefield. BNET is able to sense and avoid spectrum interference and operates as an LPI / LPD device in a dense environment.

BNET is a lightweight radio device that allows point-to-point and point-to-multipoint topology and an ad hoc network that maintains full connectivity of the brigade area of ​​operation with a unique SDR full IP design.