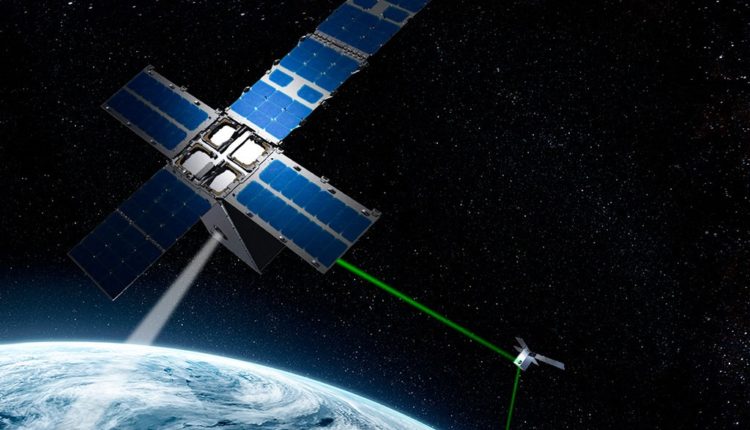 The Space Development Agency (SDA) wants the national proposals for Tranche 1 of the National Defense Space Architecture (NDSA) to be compatible with two of the three waveforms.

The agency plans to publish a draft Request for Proposals for Tranche 1 this summer.

“There are three main waveforms used in the fiber industry,” SDA Director Derek Turner told the C4ISRNET forum on April 21. “Essentially, our Tranche 1 optical standard will say we want you to be compatible with two of these three, and we also want to see if you can have a software-definable radio that makes this optical communication that not only allows you to talk to these two protocols, but also with our Tranche 0 protocol. The reason we chose this is that we think the state-of-the-art technology is to be able to buy very affordable optical cross-links that can be mass-produced. “

The NDSA will effectively be an optically connected Internet in space to provide tactical data – low latency communications and targeting information – to military forces on the ground.

Tranche 0 – the so-called “fighter immersion” tranche – will consist of 28 demonstration satellites, 20 in the transport layer and eight in the next layer, for the use of military forces in exercises and for the development of tactics. Tranche 1, by contrast, will be an operational constellation.

Last week, the SDA released Request for information who is looking for feedback from the industry for the development of optical communication terminals for Trench 1 of the Transport layer. Each of the 150 Tranche 1 satellites in the transport layer must have at least three and preferably five or more optical cross-links.

“Essentially, what we did at Tranche O was that we wanted to show a minimally viable product, that we could form a network, and send that tactical data directly to the fighter,” Tournament said. “We chose an optical cross-linking standard at the time that we knew could be created based mainly on developments made by AFRL. [Air Force Research Laboratory] so we knew there were commoditized optical cross-links that we could use, and we used that to define the Tranche 0 standard. “

The backbone of the NDSA, the Transport Layer, is to provide targeting for land and sea targets, while the tracking layer, the next-generation constellation of permanent intelligence (next-generation OPIR), is to establish effective targeting for modern missiles. In addition, the SDA is working to support future reconnaissance, surveillance and reconnaissance (ISR) satellites in the custody layer to integrate ISR tracking with the transport layer to develop the best targeting solution.

The SDA is to target 150 small-scale, weight-and-power laser communications satellites in Trench 1 of the Transport Layer by September 2024 and will send additional tranches every two years. Such network satellites should provide rapid targeting of ground and naval targets to military forces in connection 16. Optically connected satellites will also provide location, navigation and synchronization to US and Allied forces in a GPS-unavoidable environment.

The 20 satellites are scheduled to launch by September next year.

The 10 satellites that each company launches for the network consist of seven Class A and three Class B. A Class A satellite will have at least four optical cross-links to other satellites in the same or different orbit, while Class B Satellite there will be two optical cross-links to ensure constant communication between the other satellites in the transport layer and a Link 16 transmitter for communication with the front forces.

To connect to the NDSA transport layer, the Advanced Battle Control System of the United States Air Force and Space Forces must have a GatewayONE, R signal translator.software-defined adioONE radio and ApertureONE common slot for communications and radar. The last three methods are to allow data to be disseminated to the military on the ground without link 16 or other link to the SDA transport layer.

The SDA believes that projected hundreds of satellites at the transport layer level – less than $ 14 million each – will help deter DA-ASAT attacks, while satellites’ 1,000-kilometer polar orbit will help protect them from ground-based energy attacks.

Why Your Scanner Has A Hole In It – Hackaday