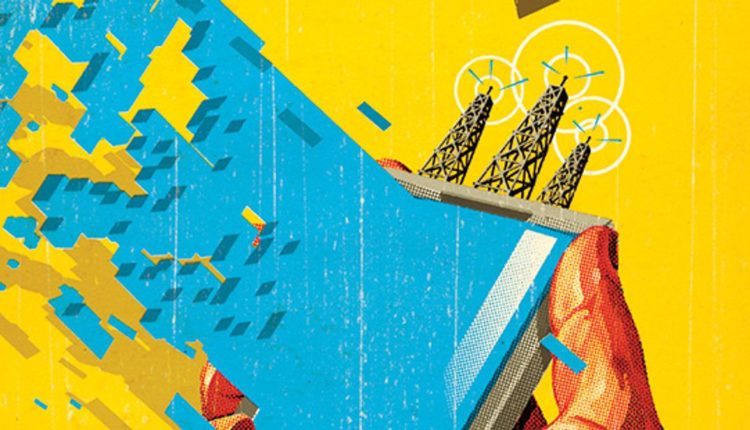 Time was when most radio sets had no software at all, and those that had any didn’t do much with it. But Joseph Mitola III, an engineer working for a company called E-Systems (now part of Raytheon), envisioned something very different—a mostly digital radio that could be reconfigured in fundamental ways just by changing the code running on it. In a remarkably prescient article he wrote in 1992 for the IEEE National Telesystems Conference, he dubbed it software-defined radio (SDR).

A few short years later, Mitola’s vision became reality. The mid-1990s saw the advent of military radio systems in which software controlled most of the signal processing digitally, enabling one set of electronics to work on many different frequencies and communications protocols. The first example was the U.S. military’s Speakeasy radio, which allowed units from different branches of the armed forces to communicate effectively for the first time. But the technology was costly and rather unwieldy—the first design took up racks that only a large vehicle could carry around.

In the new millennium, SDR has spread from the battlefield to the commercial arena. Wireless service providers, in particular, have begun using it in the transceivers in cellphone base stations, allowing the same hardware to handle different cellular protocols. Next, SDR will spread to sets that fit in the palm of your hand.

Up until now, SDR technology worked only in applications that didn’t need to be small in size or frugal in power consumption. New technology should, however, overcome these constraints. Indeed, within

the next year or so, you can expect to see people mothballing their old cellphones in favor of new software-defined handsets. By 2015, the transition should be nearly complete.

The first software-enabled sets to crawl out of the primordial ooze of traditional analog radio were modest affairs “Evolutionary Developments” (pdf)]. They used embedded computers only to change the output level of the RF amplifier or to shift between individual RF front ends so that one unit could cover multiple bands.

In some of today’s radios, software—often with the aid of digital hardware accelerators—does far more: It determines everything that happens to the signal after it’s converted from RF to lower frequencies and before it’s put in a form that’s suitable for your ears. In these radios, only the RF front end and the amplifier that powers the speaker still use analog components.

The next era in SDR evolution will see what some call the ideal software radio or true software radio, in which the filtering and conversion from RF to lower frequencies that’s normally accomplished in the radio’s front end will be done digitally using the appropriate software—a strategy that requires moving the analog-to-digital converter (ADC) much closer to the antenna. These radios will still require a low-noise RF amplifier, though, because it’s hard to imagine any ADC being able to pick up the micro- or even nanovolt signals generated in the antenna.

In the progression to that ideal radio, you’ll probably notice that cellphones, mobile TV sets, GPS equipment, satellite phones, PDAs, digital music players, game consoles, and their kin will begin to look less and less distinct. As with the beaks of the duck and the platypus, the evolution of such gadgetry will converge toward the most functional form—in this case a small wireless unit that allows its user always to stay connected, from anywhere and for any type of content or use.

Designing such universal gizmos will be tough, of course. Perhaps the highest hurdle will be engineering the antenna, the size of which normally depends on the frequency of operation. Indeed, it’s very difficult to make a radio with an antenna that is not a significant fraction of a wavelength in size. This dictate of physics introduces a fundamental problem, because you’d ideally like a single compact antenna to cover everything from FM reception, at roughly 100 megahertz, to satellite- and personal-network communications, which operate in the few-gigahertz range.

To cover such a large chunk of spectrum, you’d probably need a combination of something quite short, likely built into the unit’s printed-circuit board, and something relatively long, such as the wire that connects with the user’s earphones. But even if the frequency span isn’t so great, designers probably won’t be satisfied with just one antenna: RF engineers are quickly moving toward using multiple antennas, even for single-frequency operation. This strategy—known as multiple-input, multiple-output, or MIMO—allows for more reliable links and higher data rates. For example, IEEE 802.11n networking gear uses multiple antennas to communicate at about five times the speed of previous versions of Wi-Fi.