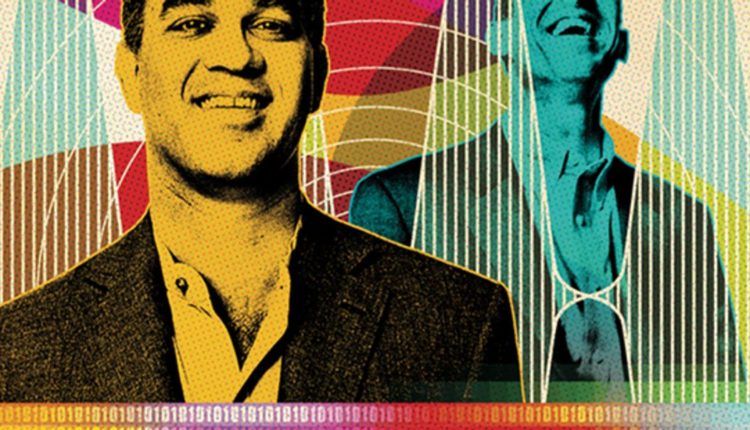 Software-defined radio is one of those promising but elusive ideas that’s been anticipated for quite some time. The concept is elegantly simple: get rid of the specialized electronics used to process radio signals and instead do everything with software. The result, we’ve been promised, will be a universal wireless device that can seamlessly handle a range of frequencies, modulation techniques, and encoding schemes. Just as the personal computer replaced the typewriter, the adding machine, and even the telephone, so too will a software radio one day replace your cellphone, Blackberry, and any other wireless device you may happen to use.

A cellphone based on software-defined radio would be lighter, smaller, cheaper, and more power efficient. What’s more, it would be better at making calls: instead of being stuck with one frequency or even one cellular carrier, it would automatically search out the best and least expensive way of connecting. And equipment ­makers wouldn’t need to overhaul their products to fit every new telecommunications standard. Wireless providers would be able to roll out new services easily and troubleshoot technical glitches with a simple download.

We aren’t there yet, but software-defined radio is definitely coming. Don’t expect an overnight transformation, though. After all, it took years for the PC to sweep aside the IBM Selectric typewriter. This revolution, too, is bound to happen in a series of incremental but significant steps.

Steps like this: Vanu, a small Cambridge, Mass., company, says that this year it will begin selling the first cellular base station that can simultaneously process two waveforms—CDMA (short for code division multiple access) and GSM (global system for mobile communications)—all in software running on off-the-shelf computer servers.

For cellular carriers, the advantage of such technology is clear. Base stations are an integral but largely invisible part of their infrastructure, routing voice and data traffic between cellphone users and the network of landlines. The market for base stations is huge, totaling some US $45 billion worldwide in 2004, according to ABI Research, in Oyster Bay, N.Y. It’s also hugely competitive, as carriers look for any edge that will allow them to operate more efficiently and at lower cost. Being able to add new services and adapt to new standards by merely tweaking software, instead of replacing or adding hardware, is just such an edge.

“In the software radio base-station race, the clear winner is Vanu,” says David Murotake, a telecom engineer whose company, SCA Technica, of Nashua, N.H., focuses on security issues in software-defined radio. Although telecom equipment makers have been incorporating elements of software-defined radio into their base stations for more than a decade, none has taken as radical an approach as Vanu. “They’ve already introduced award-winning technology, and in the process they’ve outdistanced the usual suspects, like Ericsson and Nokia”—two of the biggest ­manufacturers of base stations.

Or, as a top executive at one of the major cellphone carriers remarked after seeing the new Vanu base station in action, ”This could be game changing.”

To appreciate the significance of Vanu’s latest product, it helps to understand a few things about radio. Nearly every radio, be it a walkie-talkie or a pager or a portable AM/FM unit you take to the beach, works pretty much the same way. In a traditional cellphone, for example, there’s the radio front end, consisting of an antenna and a radio-frequency transceiver that picks up the analog radio waves, filters out the unwanted portions of the spectrum, and converts the remainder into a lower-­frequency signal, which is fed into an ­analog-to-digital converter. The resulting baseband signal is then processed—that is, it’s demodulated, decompressed, or otherwise decoded—by a special-purpose integrated circuit, a digital signal processor (DSP), a field-programmable gate array (FPGA), or some combination of the three. The resulting streams of bits—voice or data—could be the latest stock quotes, a “happy birthday” call from your mom, or a snapshot of your co-worker snoozing at his desk.

Software-defined radio aims to get rid of most of that hardware. A number of companies, including AsicAhead, BitWave Semiconductor, and TechnoConcepts, are working on reconfigurable RF chips that can directly convert any analog radio signal into a digital one, across frequencies from several hundred megahertz to several gigahertz.

But refashioning the radio front end in software is exceedingly difficult. For one thing, it’s hard to design a single antenna with good gain across a wide range of frequencies. “It’s just the laws of physics,” says John Chapin, Vanu’s chief technology officer. “An antenna tends to have a fairly narrow range at which it effectively resonates.” The U.S. military’s Joint Tactical Radio System, for example, has several antennas so that it can operate from 2 MHz to 2 GHz.

If you’re trying to cover all the commercially interesting wave bands, it’s also hard to filter the received signals, efficiently amplify the power of transmitted signals, and do the analog-to-digital conversion.

For those and other reasons, most efforts, including Vanu’s, focus on baseband signal processing. The typical approach is to build in reconfigurable components such as DSPs or FPGAs and then write code for whatever waveform you’re dealing with. Processing a different waveform just means writing new software. Once the hardware becomes obsolete, though, much of the software typically can’t be reused, because it was written for those specialized components. So you have to develop code from scratch.

Vanu takes a very different tack. Its engineers start with existing general-­purpose processors, such as the Intel Pentium or Xeon, and then design software to do all the intense computation required to demodulate and decode the waveform. Chapin likes to say that the company has been riding Moore’s Law, taking advantage of the billions of dollars that chip makers spend to make computers run faster. In November, Intel announced the first four-core processor, and by 2010 the company projects that it will be making 80-core versions. [For more on programming multicore processors, see “Cure for the Multicore Blues,” in this issue.]

Speed isn’t the only advantage the new chips offer, Chapin says. The ­signal-­processing capabilities of general-purpose processors continue to improve with each generation, in large part because of all the video and multi­media applications that ordinary computers are expected to handle these days. Good thing, too, because wireless waveforms are only getting more complex. Handling signals from one of the old analog cellphones takes just 20 million instructions per ­second—a trifling amount for a modern Pentium. By comparison, the CDMA standard requires about a gigaflop, or a billion floating-point instructions per second. And the third-generation phones coming out now demand at least another factor of 5 beyond that, Chapin says.

Vanu’s new Anywave multistandard base station is a software update to a GSM-only version that the company introduced in 2004. While most traditional base-­station equipment is bulky, the Anywave is tiny. It consists of standard off-the-shelf servers (the number of servers depends on how many calls the carrier expects to handle), plus the radio-front-end equipment, which Vanu purchases from any of several vendors.

Being able to reuse its software is a top priority at Vanu. Whereas other software-defined radio systems require a lot of reworking whenever the hardware changes, any code that Vanu engineers write can easily migrate from one processor to another. That’s a lesson learned from one of the earliest forays into software-defined radio, a U.S. Army project launched in 1992 called SpeakEasy, which aimed to build something that could handle 10 different waveforms generated by more than a half-dozen military radios.

SpeakEasy’s developers designed the system around what at the time was the most advanced commercial ­signal-processing chip available, the Texas Instruments TMS320-C40. It took them three years, and the finished product filled the entire back end of a transport vehicle, but much to everyone’s amazement, the radio did everything it was supposed to do. The only problem was that SpeakEasy could not be upgraded—as ingenious as the software was, it was designed to run on the C40 and no other processor.

Vanu’s code, by contrast, is all written in a high-level language, C++, running under the Linux operating system. ”When we change platforms, we maybe rewrite 5 ­percent of the code, versus 50 or 60 percent for our competitors,” Chapin says. In real terms, using general-purpose processors can mean sacrificing some performance for portability. But the difference may not matter. Chapin mentions Clayton Christensen’s classic example of how the hydraulic shovel eclipsed the steam shovel back in the 1950s. “The steam shovel was clearly more capable, but the hydraulic shovel was cheaper, and it eventually became good enough,” Chapin says. “That’s what we’re seeing here.”