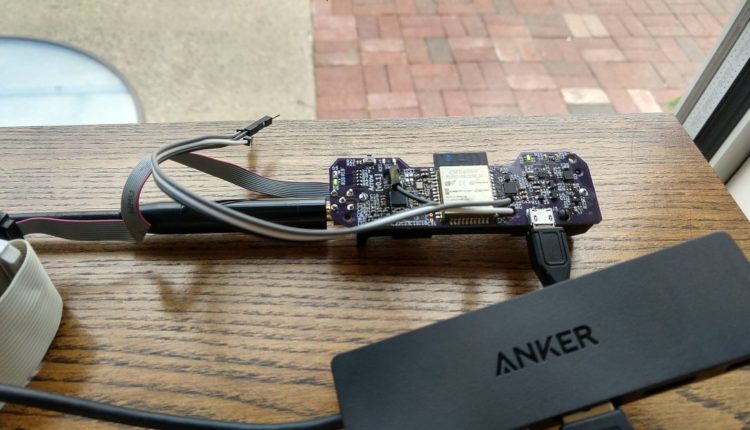 Before smartphones and Internet of Things devices became widespread, the Automatic Packet Reading System (APRS) was the way to send digital information wirelessly from remote locations. Used since the 80’s, there is now almost hipster “wireless data before it was cool”, along with many people who use it because it’s interesting, and many others who still need the unique functionality which offers, even compared to more modern methods of wireless data transmission. One of them is [Tyler] which shows us how to build an APRS system for minimum cost and size.

[Tyler]The building is called Arrow and operates on the popular 2-meter radio strip. This is a Terminal Node Controller (TNC), something like a ham radio built around ESP32. ESP32 handles both data signal processing and uses its Bluetooth pairing capability with an Android application called APRSDroid. The entire module is only slightly larger than the 18650 battery that powers it, and can be paired with a computer to send and receive any digital data you want using this module as a plug-and-play transceiver. .

Although the compilation still has a few limitations that [Tyler] notes, he hopes the project will be a way to modernize the APRS protocol, using radio transmission methods that have been refined since the introduction of APRS for the first time. It should be easy to connect to any existing radio tuning, albeit evenly small balloon radios can make excellent use of APRS without any additional equipment. Remember, you need a license to work with them in most places!