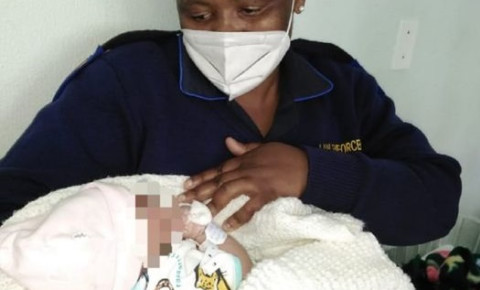 The city of Cape Town has issued a statement describing how law enforcement officers helped a woman in labor to give birth to her baby safely.

The city of Cape Town says law enforcement officials helped a woman in labor give birth safely on Sunday.

Patrol officers in the Salt River area were stopped by a group of children who turned for help as a woman was preparing to give birth.

Officers rushed to Foundry Road in Salt River and called an ambulance.

The 36-year-old woman gave birth with the help of police and a homeless man on the spot, City revealed in a statement.

The healthy girl was safely transported to Somerset Hospital with her mother in an ambulance.