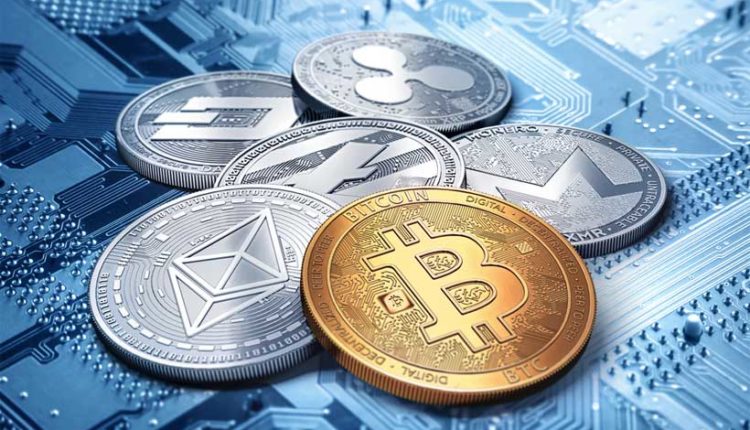 In May–June 2021, China—allegedly to preserve financial stability—banned mining of bitcoin and other crypto assets in such major mining centers as Inner Mongolia, Sichuan, Xinjiang and Yunnan. The total ban on mining was far from unexpected for miners as the Chinese authorities had repeatedly issued warnings over the risks of bitcoin mining since 2013. There are at least three reasons for the intervention of regulators in crypto mining in China. First, they need to combat speculation. Second, to eliminate competition with the digital currency of the People’s Bank of China. Third, to prevent environmental and other damage to society. We shall turn to each of these aspects in greater detail.

China has never experienced any major financial crises causing damage on a scale comparable to other leading global economies. The country’s relatively stable economic development can be explained by China’s financial sector never having been particularly innovative. Paper money, China’s unique 9th century invention, was used mostly to service trade along the Silk Road; unlike in the West, paper money in China did not serve to accelerate the advance of capitalism. The fractional reserve system—the basis of contemporary banking—spread from Britain to other nations in the 19th century, bypassing China until the last quarter of the 20th century.

It should be emphasized that China abandoned paper money back in the 15th century, when Mongolian enslavement triggered raging inflation. From then on, copper money became entrenched in China’s monetary circulation. True, silver was used for big transactions (circulating in the form of ingots rather than coins), but it played a limited role on the domestic market. Chinese money had, therefore, nothing in common with the European monetary system of minted silver and gold coins, a coinage that would often debase. Despite its eccentricity, China’s bimetallic copper-silver standard was enviably stable, largely due to the efforts on the part of the state in maintaining the balance between copper and silver as the government would issue silver from the Imperial Treasury every now and then.

Following its victory in the First Opium War, Britain launched China’s financial sector. In the West, the exchange emerged as a financial institution back in 1409 in Bruges, while China’s first exchange based in Shanghai was not established until 1904. Even so, it was founded by Anglo-American and French exchange traders who were using it to trade in foreign securities—China’s first stock companies did not appear until the 1980s. During World War II, the Shanghai Exchange was closed to resume trading only in the early 1990s.

In the coronavirus year of 2020, China was ahead of the U.S. in terms of the number companies enlisted in the influential Fortune Global 500. The same year, M&A transactions involving Greater China grew by 30% to over USD 700bn.

China’s aggressive approach to capital concentration and purchasing strategic foreign assets is ensuring that China reach its objective in cutting-edge technologies. China’s activity on the cryptocurrency market can be seen as part of this strategy.

Overall, China accounts for some 65% of the bitcoin mined worldwide. China’s leadership comes from its cheap labor force, availability of electricity, and a relatively cheap local production of computer chips and other equipment required for mining farms. According to The Economist, the mining ban resulted in about 90% of cryptocurrency mining in China being suspended. Major miners moved their business abroad, primarily to the U.S., Kazakhstan and Russia, the next three bitcoin-mining leaders. The financial risks, to which Chinese regulators responded, stemmed from the threat of rising inflation triggered by exchange of appreciated bitcoin for yuan rather than from the mining itself.

Experimenting with the digital yuan

Back in September 2017, China declared cryptocurrency ICOs illegal since these are not legal tender. It was then when China began preparations to shut down platforms trading in cryptocurrencies and to remove mobile phone apps from the relevant sites. At the same time, however, China might be planning to achieve global leadership in the fintech industry. China’s biggest companies have launched hundreds of pilot projects using blockchain technologies. Most of these are directly connected with China’s ambition to launch the world’s first full-fledged digital currency.

In April 2020, the People’s Bank of China permitted testing of hypothetical use of the digital yuan in several regions around Beijing: the Xiong’an New Area, Shenzhen, Suzhou, Chengdu as well as at the 2022 Winter Olympics venues.

Additionally, China’s proactive plans for launching the world’s first digital currency can be explained by the Chinese authorities willing to make up for the marginal use of the yuan in international finance. Clearly, the share of the Chinese yuan in various sectors of the global financial market—the foreign exchange market, the lending market, the stock market, the investment market—is significantly below China’s status as the world’s largest manufacturer and exporter. Additionally, China’s money supply in dollar equivalent is 40% greater than that of the U.S. (M2SL is measured). Should all restrictions be lifted from the capital account while the world’s biggest economy remains without a key currency, China’s economy will be fraught with the danger of becoming dollarized.

When the yuan was included in the SDR valuation basket (the IMF’s non-cash reserve asset), its share in international currency reserves had risen to a mere 2.3% by the end of 2020. By comparison, the euro’s share is 21.2% while the dollar’s share is 59%. The yuan’s share of the international deposit and loan markets and debt holdings is even smaller, averaging around 1%. According to SWIFT, the dollar and the euro accounted for 40% each in international payments in May 2021, while the yuan only accounted for 1.3%.

New technologies could potentially change the current configuration of the key currencies. Development of innovative financial and payment systems could reduce both transaction costs and the impact of the current network effects and inertia. Technologies could also help avoid sanctions and capital movement control by encouraging alternative currencies. Short-term digital currencies and payment ecosystems are the two most efficient agents of change. Digital currency competition may differ from traditional currency competition in differentiating along associated networks and users rather than being based on macroeconomic performance, which may possibly alter the traditional drivers of reserve currency configurations.

Once the digital yuan is launched, its users will be able to download an e-wallet app approved by the People’s Bank of China and link it to a bank card to make payments as well as use their cell phone to get digital yuan from sellers or transfer money using ATMs and other users.

China signed the Paris Climate Accords, undertaking to completely eliminate CO2 emissions by 2060. Currently, however, China is still the world’s No. 1 environmental polluter—largely, because of the excessive use of electricity for bitcoin mining.

Cryptocurrency mining has triggered rising demand for coal, prompting some producers to restart idle mines without official approval and entailing higher safety risks and a jump in fatal accidents. According to some estimates, each USD 1 of Bitcoin value created in 2018 was responsible for the damage to health and climate of USD 0.37 in China and USD 0.49 in the U.S.

Yet, environmental problems are not the only threat produced by crypto asset circulation. In its Annual Economic Report, the Bank for International Settlements (BIS) [1] stresses that cryptocurrencies are essentially speculative assets often used for money-laundering and mounting ransomware attacks; their circulation involves wasteful energy expenditure that is not in the best public interests.

In June, China’s police arrested more than 1,100 people suspected of using cryptocurrencies to launder illegal phone and Internet fraud profits. The Payment and Clearing Association of China suggested that a growing number of crimes involved virtual currencies, with nearly 13% of illegal gambling sites supporting cryptocurrencies, while blockchain technologies make it harder for the authorities to trace the money.

The BIS report recommends that central bank digital currencies (CBDC) be launched as an alternative to private cryptocurrencies.

The CBDC implies that the general public, unlike in the current two-tier system (central bank – commercial banks), can access money online without going through financial intermediaries. In other words, all monetary units in circulation can become retail consumers’ direct financial claims on the central bank.

The functioning of such a one-tier payment system would mean competition to become suppressed while central banks would concentrate excessive assets and obligations in balancing them, which would make their management difficult. The idea is that most transactional tasks and work with CBDC consumers should be delegated to commercial banks and non-bank financial institutions offering retail services. At the same time, accounting for all retail transactions involving digital currency on the central banks’ balance sheet would preclude guaranteeing uninterrupted functioning of payment systems in case commercial operators encounter financial problems, since commercial operators would henceforth work with clients’ e-wallets instead of deposits. By issuing digital currency, central banks thus intend to advance the best possible integration of payment services with user platforms and other financial products. Efficiently recording and remembering all transactions within an economy, digital bookkeeping—based on distributed ledger or blockchain technology—is an important aspect of the CBDC. In this case, blockchain technology is intended to reduce costs and simplify payments.

Currently, China is testing just such a hybrid payment system with the digital yuan issued by the People’s Bank of China.

The desire of the Chinese authorities to curb cryptocurrency mining stems from fears of a disruption in the national payment system at a time when the digital yuan is experimentally introduced into the national economy. Currently, China’s socioeconomic development is already running many risks, such as a slowing pace of economic growth, trade confrontation with the U.S., non-bank intermediaries expanding their activities, which is hard to control, emerging real estate market bubbles, and rising commodity prices following the lifting of COVID-19 related restrictions. Full-fledged launch of the digital yuan could cut transaction costs and tighten control over the national financial system.

So far, no country has ever succeeded in maintaining global economic leadership without controlling global finance. Since the dollar and the euro stand firm and unshakeable in the global finance system, it is an urgent task for China to take the leading positions in Asia’s finance systems. A successful launch of the digital yuan could subsequently expand its use, for instance, to service transactions of the Belt and Road Initiative. Yet, should the digital experiment fail, investors’ interest in China’s economy might weaken, and this could dent China’s reputation as an economic, financial and technological superpower. It is, therefore, logical to assume that these considerations are the main reasons for the current ban on mining cryptocurrency in China.

As for the global crypto assets industry, China’s actions will hardly do it much damage in the medium-term. Over the past year, the cryptocurrency market has increased its capitalization five-fold as the overall number of cryptocurrencies has increased to 11,000. Both the general public and investors are obsessed with the idea of gaining super profits on a decentralized and unregulated market, and their uncoordinated actions will continue to ensure that crypto currencies remain highly volatile. Unlike the bitcoin, with its energy-intensive blockchain proof of work, other cryptocurrencies use the more energy-saving proof of stake method to verify transactions. Additionally, environmental problems created by mining bitcoin may be resolved in the future by transitioning to cleaner energy sources. Without the market craze surrounding crypto assets, it will be much harder to promote the idea of launching sovereign digital currencies.

[1]The Bank for International Settlements (BIS) is an international organisation covering the world’s 63 most influential central banks.

From our partner RIAC

Yellen Urged by Republicans to Block Taliban From IMF…