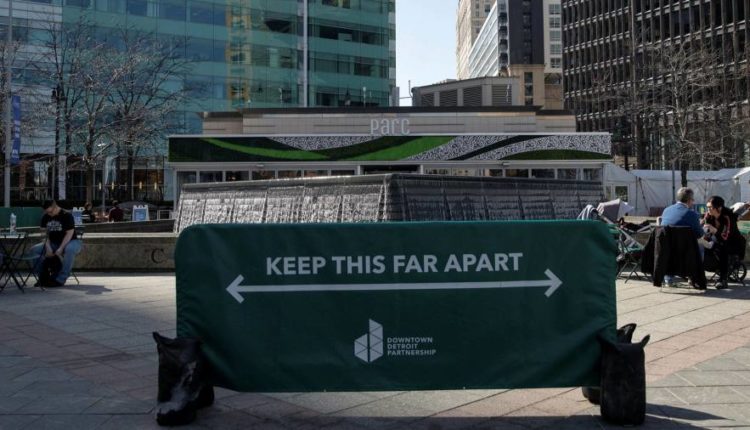 New Jersey Gov. Phil Murphy has warned that new coronavirus infections are expected to rise before the summer and could potentially set new records if the state fails to resume the resurgence of cases under control.

Updated New Jersey Health Department models predict that in a “moderate” scenario, new infections could affect 5,445 on April 18, and hospitalizations could reach just under 3,000 on the same day. New cases are not expected to fall below 3,000. per day “by mid-June at the earliest, while by the end of July hospitalizations would have dropped to just over 1,000.

The high-case model predicts that new infections may exceed 8,000 per day in mid-May and then again in mid-June, while hospitalizations can be expected to “settle in the range of 3,500 during this period.

According to the US Centers for Disease Control and Prevention, New Jersey had an average of about 4,400 cases a day at a record rate of 7,877 on January 8.

There are currently 2,463 people with coronavirus in New Jersey hospitals, according to the health department. Hospitalizations reached more than 3,800 on Dec. 23 during the state’s winter tide, but peaked at 8,270 on April 15 last year, according to the Covid Tracking Project, when New Jersey was among those states that were severely affected in the early stages. of a pandemic in the United States.

Murphy reiterated that predictions are “models, not certainty,” and that results can be improved through changes in behavior and efforts to “push our fatigue and focus.” But the figures cast a shadow over the spread of vaccinations in the state, which is among the best developed in the country.

About a third of New Jersey’s 8.9 million people have received at least one dose of the vaccine, according to the CDC on Wednesday. This is the eight highest levels in the United States and compares to a national average of 29.8%. New Jersey has fully vaccinated 18.7% of its total population, which is the 16th highest in the country and about 17.4% compared to the state average.

The moderate case scenario, modeled by the New Jersey Department of Health, makes several assumptions, including an average vaccine efficacy rate of 95% for all variants. The high-case model suggests a vaccine efficacy of just 65 percent and that people will “take off their guards with warmer weather.”