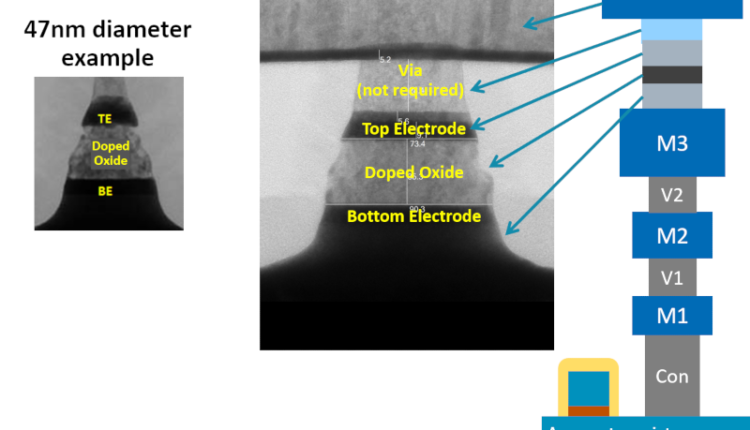 We often see press releases and announcements about the next big technology in batteries, memory, displays, capacitors, or some of a number of other things. We are usually suspicious because we usually do not see any of this new technology on the market within a reasonable time. So when we read about correlated electronic memory Cerfe Laboratories, we had to wonder if it would be more the same. Our suspicions may be justified, of course, but it is significant that the company is separated from ARM, so this gives them a certain reality.

Electron correlated RAM or CeRAM is the usual material for press releases. Energetic, less than SRAM and fast. It sounds like it could replace SRAM in computer caches, for example, and take up less CPU chip space. The principle is a bit strange. When electrons are forced together in certain materials, the properties of the material can change. This transition of Mott (named after the inventor [Neville Mott]) can accept carbon-doped nickel oxide and switch it from its natural electrical insulating state to a conductive state and vice versa.

While traditional static RAM requires up to six transistors, Mott’s cell is just a bit of material and one transistor. It quickly seems that the devices exist with a 2ns recording cycle, something they expect to improve with more work. We read that the material changes its state within 100 femtoseconds. There are some other irritating traits. Memory seems to operate at very low temperatures (such as cryogenic temperatures) and very hot temperatures. It can also be resistant to radiation and can be made to operate at very low voltages.

The new company has no plans to actually build devices, but wants to develop the technology to such an extent that a major manufacturer can take over the technology and put it on the market. Undoubtedly, there are many obstacles to the introduction of such a thing in real production and it is not yet known whether the devices can be recorded repeatedly without deteriorating.