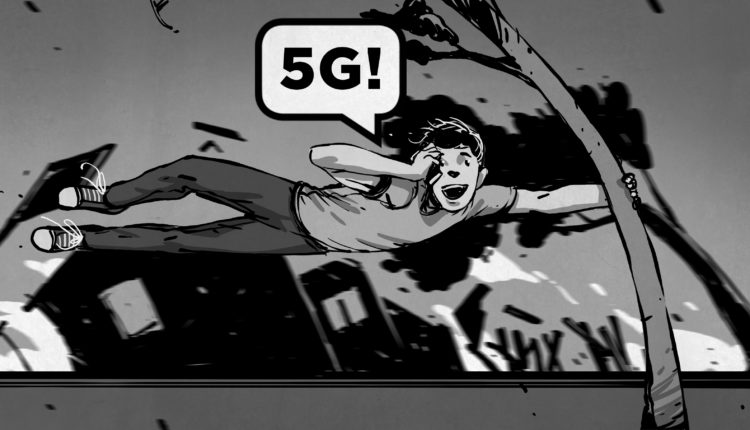 The world around us is a scary place, with many visible and invisible dangers. Some of these invisible dangers are quite obvious, such as electric shock from open wiring. Some are less obvious, such as the dangers of ultraviolet rays to the skin and eyes, which are known but also greatly underestimated by many until it is too late. In the US only, skin cancer it ultimately affects about one in five people.

Perhaps ironically, while the danger of something like UV radiation is often underestimated, other types of electromagnetic radiation are greatly overestimated. Too often, the distinction between what is and is not considered harmful seems to be made solely on the basis of whether it is “natural” radiation or not. The sun is “natural”, ergo UV radiation may not be harmful, but EM radiation from a microwave or 5G wireless transceiver is man-made and therefore harmful. That, of course, is backwards.

Instead of rejecting such irrational fears of radiation, let’s look at both the science behind radiation and the way people classify “danger,” as in the case of 5G cell towers.

Ultraviolet light is an interesting exception, as it crosses the line between non-ionizing and ionizing radiation and even non-ionizing forms can be dangerous to humans. Although UV light in UV-A to UV-C range is not ionizing, damages DNA and parts of the eye. That’s why UV-C radiation is used to sterilize surfaces in laboratories and hospitals: by destroying DNA and RNA, it kills both bacteria and viruses. Extremely UV (EUV) overlaps slightly with UV-C and is so highly ionizing that it can usually only be transmitted in a vacuum.

Non-ionizing radiation is quite hot

The principle of dielectric heating applies to all non-ionizing radiation: the main effect on the human body is to affect the dipole moment of molecules in our tissues, causing local heating. That is why standing in the sun or in front of an infrared (IR) heating lamp or a working radar plate makes a person feel warm. What we perceive as “heat” emitting objects is mostly in the IR spectrum, which is why IR-sensitive sensors are often used to measure this, for example with IR cameras.

Although in an extreme situation this type of radiation can also affect cell membranes, it requires much more energy. During this time, the heat produced will be transferred from the blood to the core of the body, where it would disrupt basic enzymatic and other functions. Interrupt this basic body temperature is almost inevitably deadly and will take you before the cell damage even has a chance.

In addition, the depth of penetration of EM radiation (EMR) into biological tissue decreases sharply after about 10 MHz, which means that high-frequency EMR mainly affects only the skin and the tissues immediately below it. Before the destruction of cell membranes in this area becomes a problem, a person’s basic body temperature will have already risen to and above lethal levels, in the form of heat stroke.

The psychology of fear

Being able to quickly identify threats in someone’s environment and understand how to respond to these dangers is an essential feature of survival. The emotion associated with perceiving such a threat is called fear. The answer to fear can be rational (the answer is justified) or irrational (phobia). An individual can also reject the actual threat, either completely or mitigate it using presumed factors. An example of the latter is the very real threat of smoking tobacco and alcohol consumption, when justified as a mechanism for dealing with stress and the like.

This selective approach to environmental threats often leads to a mix of mitigating factors as well as perceived threats where they do not exist. These perceived threats may be the aforementioned phobia, but they also stem from paranoia. In the case of paranoia, a thought or idea is amplified by anxiety and fear, often to the point of delusion and irrationality. Often these delusions are accompanied by conspiratorial elements, and a person or group is accused of being behind this perceived threat. Meanwhile, cognitive bias hinders the understanding of information that should change their opinion.

Over the decades, fears have grown about the safety of wireless equipment, as well as that of “unnatural” radiation, including that of AC power cords in homes. As early as 1903, these people were called “radiophobes‘, with some in this group claiming to be hypersensitive to EM radiation. Fear of radiation has generally affected politicians making disastrous decisionsand motivated countries such as Switzerland to impose a moratorium on 5G onproven adverse effects of HF-EMF“.

Studies probably show that radiation levels are far below those of ICNIRP (International Commission on Non-Ionizing Radiation Protection) recommendations (PDF) cause an increase in various types of cancer. In addition, the World Health Organization has classified the risk of RF (EM radio frequency) as ‘group 2B’, which means ‘possible human carcinogen’. Major newspaper articles, meanwhile, encourage thinking at the conspiracy level, suggesting that the truth about the damage from RF EMR are hidden from us, as with tobacco.

Recently a rumor appeared that 5G is somehow responsible for or connected to SARS-CoV-2 (unofficially: “coronavirus”) pandemic, with people going so far as to literally torch towers that contain 5G and other wireless transceivers. Like [Joel Hruska] in ExtremeTech succinctly states, the millimeter wave (20+ GHz) part of 5G that people are upset about has a very low range, which means that the majority of the “5G radiation” we experience will be in approximately the same frequency range as 4G (LTE) and WiFi.

Are you still afraid?

The whole point of the scientific method is to methodically explore and discover how everything around us works, whether at the macroscopic, microscopic or quantum level. When a group of people claim that they can somehow “feel” electromagnetic fields to the extent that it affects their physical well-being, this raises many questions. The main thing is that there is no known biological mechanism by which a person can be affected by EMR.

Of course, this would not be a science if it did not deter scientists from creating controlled tests involving subjects who claim to be hypersensitive. After twenty-eight such studies by different researchers, another group of researchers would do so write an article for review to summarize the findings of these studies. It should come as no surprise that there was no evidence of EM (hyper) sensitivity.

This leaves the question of whether non-ionizing radiation such as that from cell towers and WiFi access points is harmful, as some people claim. It certainly could be, if it significantly heats the tissues. However, the amount of radiation from 4G and 5G wireless towers, as well as that from a mobile phone held to a person’s head during a call, causes almost no heating due to low power levels included. So this is it?

This fact is also noted by the United States National Cancer Institute in their fact sheet, together with an exhaustive list of cohort, experimental and other studies. As noted, effects other than thermal heating are not shown. Findings involving tumors and other adverse effects cannot be repeated, and notoriously unreliable cohort studies should be taken with grit, especially when experimental studies have failed to detect any biological mechanisms used with exposure to low levels of RF EMR. The results are most likely due to other uncontrolled factors. Cancer Research UK and other institutions agree with the NCI. This is science.

Be safe, don’t be afraid

Thus, the crux of the matter seems to be that of fearful and paranoid people who are pushing the industry to prove beyond any doubt that RF EMR like the one used with mobile phones is “absolutely safe”. Unfortunately, unlike math, science does not deal with evidence, with evidence only. And while the evidence can easily disprove a theory, it cannot prove that something is safe – all science can do is rule out potential causes of harm. And so far this is being done.

For the best of our knowledge today, we can say with confidence that there are no effects of non-ionizing radiation outside the thermal effects, except in the extreme case of UV radiation. Could there be new discoveries in the future that show that e are too optimistic about the safety of RF EMR? The data and evidence on the use of mobile phones from the 1980s do not support any of the assumptions that their use is somehow harmful, nor controlled studies.

To date, the only real visible harm from using a smartphone is that you enter open manhole covers, against lighting poles and, of course, cause traffic accidents. Thus, the best advice is to use your mobile phone only when it is safe to do so and to avoid using it while driving or walking. Also, be sure to trust any information from anyone you haven’t checked yourself. In case of doubt, consult a real expert in the field.

Be safe and enjoy your wireless freedom. And please stop burning the cell towers.