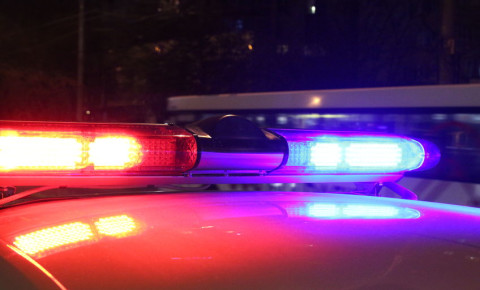 Caller Paolo describes to John Matham how the police searched them and carefully searched their car on Sunday night.

CapeTalk listener Paolo called for an afternoon drive to complain about an incident on Sunday night.

Paolo describes how he and his partner picked up friends at their hotel near the Traffic on Gallows Hill on Somerset Road Green Point around 10 p.m.

We wanted to go home, we live in Tamboersklof and we hoped that some of these side streets would connect with the High Level Road.

He says that after an attempt he checked his phone and realized that they could not.

So we turned around the block and went back to the main road and this police just appeared out of nowhere with the blue light and they stopped us.

Officers and men asked to check the licenses, and everything looks satisfactory, he said.

Then, to our surprise, they asked us to get out of the car because they had to search us. We complied.

Paolo and his partner asked why they were being searched.

I was a little surprised. Is this normal? did we do something wrong? And the policewoman suddenly looked a little lost and just sat there while the male police officer searched the car and searched us thoroughly.

The policeman was a little confused and said not to tell us how to do our job.

But he’s not doing his job, says John Matham.

He is not allowed to do that. he must either have a good reason or he must have your permission.

John suggested that permission might have been given implicitly, as Paolo was within his right to refuse, and asked why the search was necessary. Unfortunately, Paolo says he was not well acquainted with the law.

Paolo says that his partner Donald was silent during this stop and search.

Coincidentally, my partner Donald is black, so maybe I was talking about my white privilege and asking why they were looking for us. The officer got excited and told Donald to “ask the little boy to shut up” or something. it was not a pleasant exchange.

Paolo says he then followed the officers back to their police car and asked for their names. The officer obeyed.

I said I wanted your colleague’s name and at that point they just left … he just slowed down.

Paolo then decided he needed to move on and headed to the Sea Point Police Station to report the incident.

The officer behind the desk told Paolo and Donald that the officers had the right to stop and search them. He asked why the only officer refused to give him his name.

At that moment his tone changed and he asked me where are you from? I said I wasn’t sure why that was appropriate, but I’m from Italy and I’ve lived here for 12 years – and then he really piled up and said you come here and start telling us what the laws of our country are.

He walked around the desk on our side and said, “Get out of the police station,” and literally just grabbed me and pushed me away. It was not violence, but he grabbed me and took me out.

When he closed the door, he told us to F-off

It’s just awful … even if you know the law, it’s difficult in this situation, because the police have all the power, weapons and aggression. It is very difficult to assert your rights.

Will they go any further, John asks?

Paolo says they have contacted the Independent Police Investigation Department (IPID) and the ombudsman.

They said we had to file a lawsuit first for something to happen – so I guess we had to go to another police station.

What happens to seized assets? And the money?