Military helicopter avionics upgrades like those for Future Vertical Lift platforms make data and modular-agnostic hardware a priority for defense electronics manufacturers. As systems and electronics evolve, many of these advances will have to comply with open architecture standards like the Future Airborne Capability Environment (FACE) and must leverage a modular open systems approach (MOSA) to ease cost and time-to-market pressure.

The Future Vertical Lift (FVL) program continues to be a major driver of innovation and investment in military avionics upgrades. Since 2004, the US Army has been considering the FVL program to develop replacements for the Army’s UH-60 Black Hawk, AH-64 Apache, CH-47 Chinook, and OH-58 Kiowa helicopters.

These replacements are being conceptualized under the Future Long-Range Assault Aircraft (FLRAA) and Future Attack Reconnaissance Aircraft (FARA) programs in hopes of developing a helicopter weapons system that could provide the Army with the agility it needs to support multidomain operations.

Additionally, sustainment costs have been a debilitating aspect of helicopter ownership for the Army specifically, especially when considering the fact that different platforms require different electronics, maintenance procedures, and repair methodologies. The FVL program and the internal push for open architects are intended to address and mitigate these concerns.

The FVL program is essentially focused on modernizing military helicopter fleets and their respective cockpits to ensure the platforms are better suited for interoperability initiatives like Joint All-Domain Command and Control (JADC2). Electronics companies are insisting that the overall glue for the FVL program will be establishing a digital backbone, or a method through which the Army could update a helicopter’s architecture digitally.

More on the digital backbone

L3Harris, one of those companies, refers to the digital backbone concept as an enabler for the integration of next-generation helicopter subsystems. Chris Polynin, director of business development for L3Harris Technologies Commercial Aviation (Melbourne, Florida), asserts that it would be paramount in establishing a network capable of meeting the needs of the Joint Force.

“The digital backbone provides the overall glue for military Future Vertical Lift aircraft that are headed toward real-time, time-sensitive networking (TSN) based on TSN 802.1,” Polynin says. “More specifically, these architects use middleware, which must be compliant to FACE [Future Airborne Capability Environment] and MOSA [modular open systems approach] standards allowing standardization and interoperability of avionics network elements connected to the digital backbone. ”

Collins Aerospace is another company that has incorporated this idea into its helicopter-modernization efforts. While the company is completely on board with supporting MOSA initiatives like FACE, it has developed its own approach to open standards that is intended to work alongside the digital backbone to address the integration challenges that MOSA solutions cannot always solve. (Figure 1.) 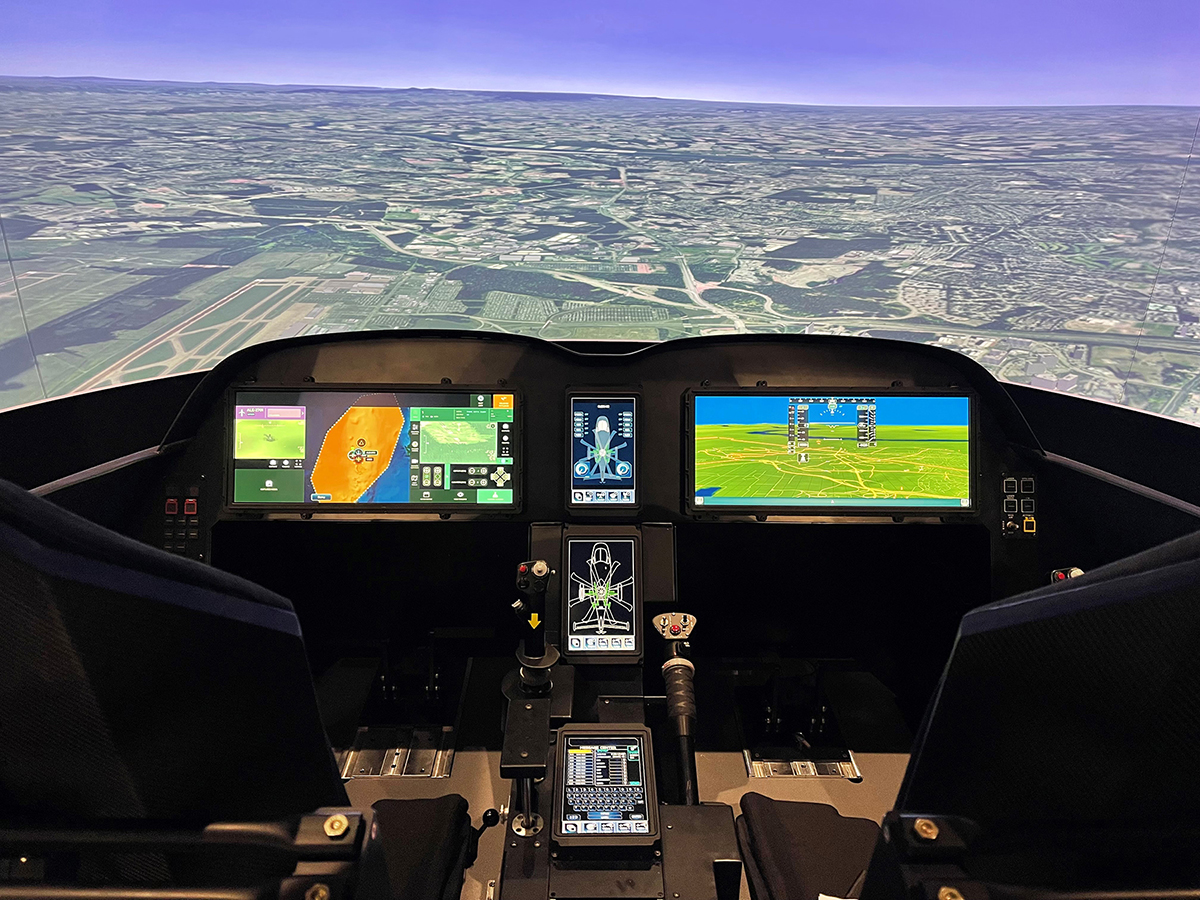 “MOSA and FACE are absolute requirements for FVL, and we are developing our MOSARC avionics solution with them in mind,” says Chip Gilkison, director, customer capabilities and requirements for military avionics at Collins Aerospace (Charlotte, North Carolina). “MOSARC is a revolutionary approach to aircraft integration. We start with a digital backbone that meets government open systems standards while ensuring the separation of air-vehicle and mission-system equipment and the ability to manage the exchange of information between the two. This increases performance, safety, and cybersecurity, and will enable rapid third-party integration into the field for current and future warfighters. ”

With even the digital backbone adhering to government open standards, one could imagine the impact that FACE has had on helicopter cockpits overall. Knowing that achieving interoperability, upgradability, and modularity is at the heart of military modernization efforts, open architecture systems have been a major driver in advancing helicopter avionics.

MOSA making the most out of the cockpit

“Open systems designs will enhance the ability for systems and sensors to share data with minimal upgrade effort,” Polynin says. “This sharing will allow more flexibility for new components to be integrated incrementally, which should shorten the time from development to fielding. For example, the next generation of flight recorders must support interoperability for these stacks to interconnect to the backbone to receive the voice, data, and potential video that must be recorded for mission and / or crash-protected recorders. That is, the recorder internal hardware does not need FACE / MOSA, but to simply interface to the FACE / MOSA network. ”

This approach is also inspiring avionics manufacturers to produce their own MOSA-aligned systems, with officials like Lindsay McEwen, vice president of navigation, targeting, and survivability for Northrop Grumman (Falls Church, Virginia), stating that embracing this commonality could help customers balance affordability with modernization needs.

“OpenLift is our MOSA for rotary-wing aircraft,” McEwen says. “It’s currently flying on the UH-60V and applicable to a wide range of aircraft, including Future Vertical Lift and Enduring Fleet platforms. In the UH-60V, our digital, integrated glass cockpit replaces the legacy analog cockpit of the UH-60L. This brings the advantages of MOSA to the UH-60, upgrading it to the most modern standard. It’s open, safe, and secure, and the only Army helicopter flying today with an airworthiness-certified multicore processor. ” (Figure 2.) 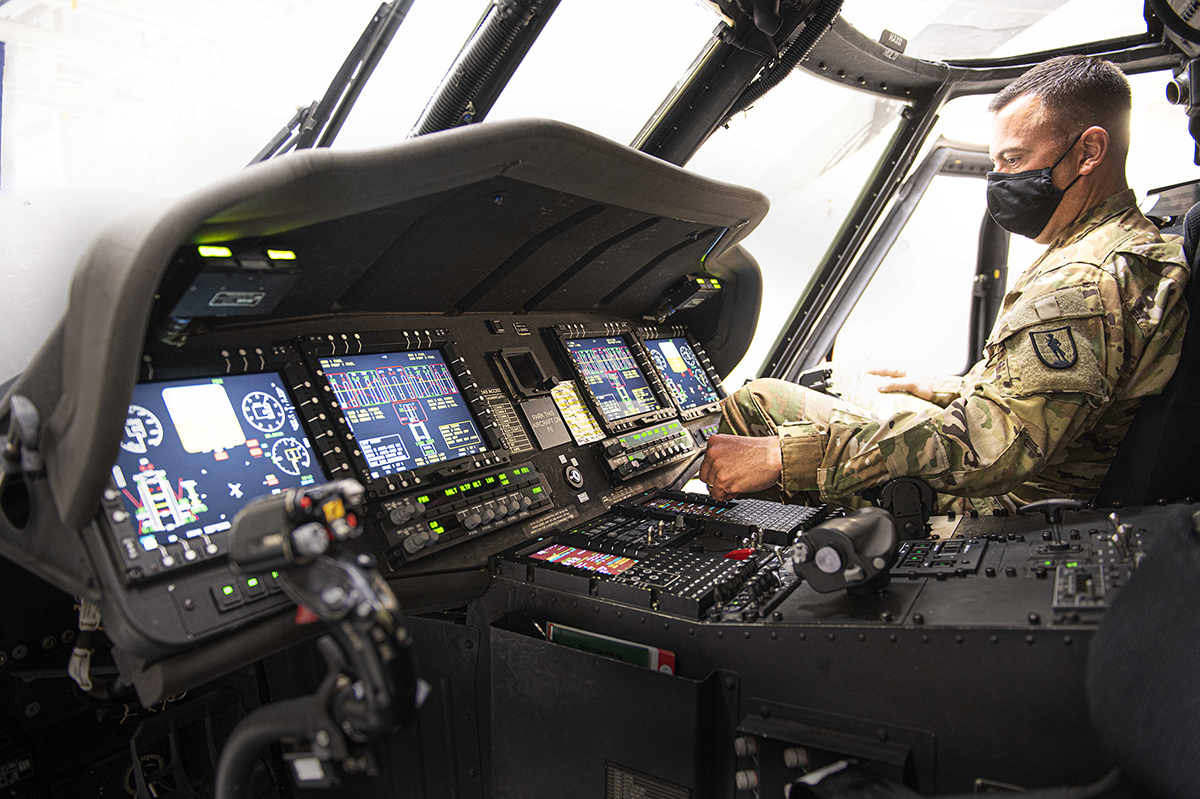 Designing to open architects not only enables these helicopter systems to evolve and incorporate new technologies over time, but it also presents manufacturers with an easier way to integrate third-party hardware and software capabilities when necessary.

“In the past, we commonly developed software modules, such as situational-awareness or primary flight-information displays, to fit a particular hardware solution,” Gilkison says. “In today’s environment, being modular and hardware-agnostic is predominant. It’s similar when it comes to communication and navigation, which also involves hardware capable of sustaining these requirements. We believe in high-integrity, multicore capabilities as well as the use of higher-bandwidth ethernet-based solutions such as time-sensitive networking (TSN). ”

Robust networking and the accompanying data and software will be a paramount aspect of military-helicopter modernization efforts. Considering that a defining aspect of multidomain operations will be achieving the ability to share actionable information across platforms, manufacturers are looking to MOSA aligned networking infrastructures to ease the transition.

“There is an increasing emphasis on open architecture and databases,” Polynin says. “This allows us to rapidly share data. It should also improve reliability with information available to many point-to-point systems. Similar to the FACE / MOSA question, software is becoming more open source, compatible, and updatable with less need to wait for large block points for improvement. ”

Data is also hugely important to a helicopter’s success outside of the combat realm. Keeping track of a platform’s flight information through intuitive software and data collection is another aspect where manufacturers are streamlining maintenance and safety-certification procedures.

“Currently, if the aircraft has a quick access recorder, flight-data recorder, avionics suite, or other type of recording device in the aircraft, users can download the data on the memory card and send it to us or our partner Truth Data, ”Polynin says. “The flight data is processed and identifies basic flight information, flight phases and events, or exceedances of flight parameters. The system creates a database of all information produced and aggregates the data into various graphic formats and dashboard presentations. ” (Figure 3.) 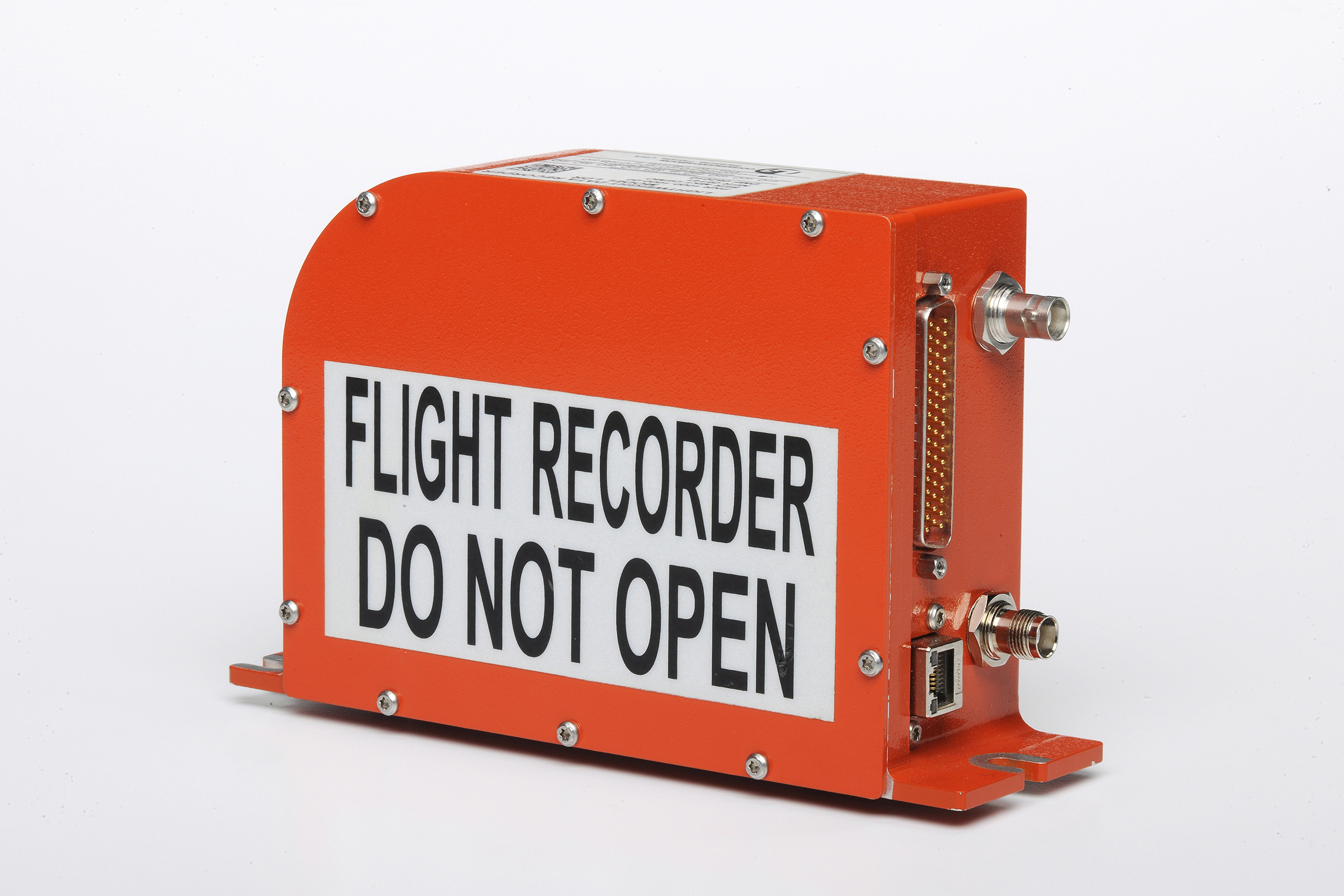 [Figure 3 | L3Harris Technologies photo of one of the company’s flight-data recorders.]

Polynin goes on to explain that these analytics would reveal actionable operational trends to improve the operation’s safety and efficiency. Additionally, the user could establish a customized flight-data monitoring or flight operations quality assurance program to transform the data into useful information.

“As always, software continues to evolve to enable more capabilities and shorten integration timelines,” said Dennis Neel, director of integrated digital systems for Northrop Grumman (Woodland Hills, California). “Because more capabilities are needed, more processing is also needed. The UH-60V is the first helicopter for the US Army to have received an airworthiness release for its multicore processor solution. It is also one reason why we say that OpenLift [avionics suite] is open, safe, and secure. By enabling the use of more than one core on a processing system, our customers can use the increased processing power available in the hardware they own now, without compromising safety. ”

Increased processing power will also be pivotal in enabling artificial intelligence- (AI) and machine learning (ML) -powered helicopter avionics. Joint-force initiatives will require timely, accurate distribution and utilization of structured data, and AI is projected to be a significant enabler for these efforts.

According to a Northrop Grumman announcement, the company recently won a contract from the Defense Advanced Research Projects Agency (DARPA) Perceptually Enabled Task Guidance (PTG) program to develop a prototype AI assistant. Neel explains that the prototype will be embedded in an augmented-reality (AR) headset to help rotary pilots perform expected and unexpected tasks.

“The goal is to provide users of PTG AI assistants with wearable sensors that allow the assistant to observe what the user perceives and know what the user knows,” Neel says. “Using advanced information processing and an AR interface, the goal of the program is to have the AI ​​assistant provide feedback and guidance through speech and aligned graphics at the right place and time to augment the aircrew.”

Capabilities that enable helicopter pilots to focus on the mission at hand rather than poring over reams of unstructured data will be critical in efforts to keep pilots’ eyes “up and out.” AI is playing a pivotal role in force-modernization efforts across the board, and military helicopters will be no exception.

“Northrop Grumman is also using artificial intelligence now to identify optimal discrimination features to separate threats from clutter in survivability systems,” Neel says. “This is a critical advancement in threat detection, as it allows for developers to transition from two-dimensional space to N-dimensional space [that is, having an arbitrary number of dimensions]which improves performance, robustness, and cycle times. ”