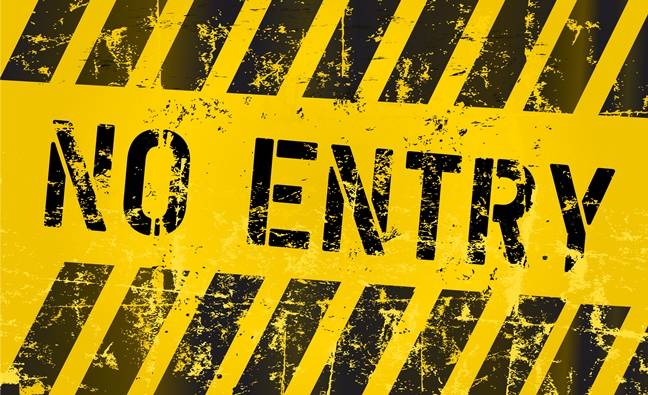 Register the debate Welcome to the latest discussion in the register, in which writers and experts face each other on technological topics, and you – the reader – choose the winning argument. The format is simple: we propose a proposal, the arguments for the proposal will be presented this Monday and Wednesday, and the arguments against it will be presented on Tuesday and Thursday.

During the week, you can vote on which side you support, using the poll built-in below, choosing whether you are for or against the proposal. The final result will be announced on Friday, revealing whether the “for” or “against” argument was the most popular. It is up to our writers to convince you to vote for their country.

The proposal for this week is: Presumed consent is the right approach to sharing data with health patients, beyond their direct care. In other words, patient records should be shared with medical researchers on a denial basis.

The debate over the benefits of sharing medical data for the better than the individual’s expectations of confidentiality and consent has heated up at least in the last year and a half. But if consent is not simply presumed but informed, do we benefit everyone? Our staff serves their own recipes, but you decide.

Disputes AGAINST THE MOVEMENT today it is Joe Faye who has written for the technology business for 30 years and has edited publications in London and San Francisco.

There are indisputable theoretical benefits from the mass collection of health data to enable the study of public health in general and in particular of new or rare conditions. Collectivist countries such as Germany and Singapore are believed to have served their citizens better during the pandemic than more individualistic societies such as the United States, Brazil or Britain.

This certainly reinforces the argument in favor of the alleged consent, his supporters would argue. But individual choice also matters to Phil Booth of MedConfidential eloquently demonstrated earlier this week why data use should be coherent, secure and transparent. And most importantly – informed. So, the NHS in England could, probably should, demonstrate the benefits of the presumptive approach approach with its General Planning and Research Practice (GPDPR) program, unfavorably called “large-scale data interception by GPs.”

As apparently the largest non-military organization in the world, what the NHS is doing is setting an example for health systems around the world. In the event of the NHS’s latest effort, citizens are assured that the data will be pseudonymous, with unique codes replacing key identifying data. NHS Digital will “be able to use the software to convert unique codes back into data that could directly identify patients in certain circumstances and when there is a valid legal reason.”

The National Health Service has not “informed” us how exactly the protection around its huge data warehouse will be an insurmountable challenge for the cybercrime community.

The problem is that many in the field of technology will think that no matter how smart the people at NHS Digital are, there will be other less scrupulous parties that will be smarter and more numerous. The National Health Service has not “informed” us exactly how protecting around its vast data repository will be an insurmountable challenge for the cybercrime community.

Similarly, NHS Digital’s insistence that when it comes to commercial organizations, sharing will be limited to partners with a “legal basis and legal need” is less than reassuring. He lists only three examples of the types of organizations that could gain access, while simply saying that insurance companies will not stay, leaving much to be interpreted. And the fact is that the context and interpretations change over time.

Technology is changing. Policies are changing. And governments are changing, too, so the Taliban now have their own biometric database of people who worked with the previous US-backed government. However, one thing remains constant. Companies that are emerging as digital destroyers and pioneers of AI will really want to get their hands on the NHS data treasure trove. Unfortunately, OUR data.

As for the previous performance, these same destroyers have a worrying tendency to take a few steps ahead of politicians and regulators. So, there are many reasons why the public may feel less confident about the presumed consent in general and the GPDPR program in particular.

But the main reason citizens are not confident is that there are so many of them largely unaware the GPDPR program even exists. By launching the program in the midst of a pandemic, when GPs are already overcrowded and their operations are beyond the reach of many patients, the government has virtually guaranteed deep skepticism about the plan – and as an extension, about the whole notion of presumptive consent.

There may be a time when it really makes sense to accept – but also informed – consent to be the default model for sharing medical data. But we will not get to this point until clinicians, researchers and citizens agree on a reasonable framework for setting up such a system and a transparent way of informing citizens. We have not seen such a thing in Britain. Unfortunately, the polls are not answered “yet”. So by default the answer to this suggestion is NO. ®

Vote below. We will close the poll on Thursday night and publish the final result on Friday. You can follow here the progress of the debate.

Please enable JavaScript to use this feature.