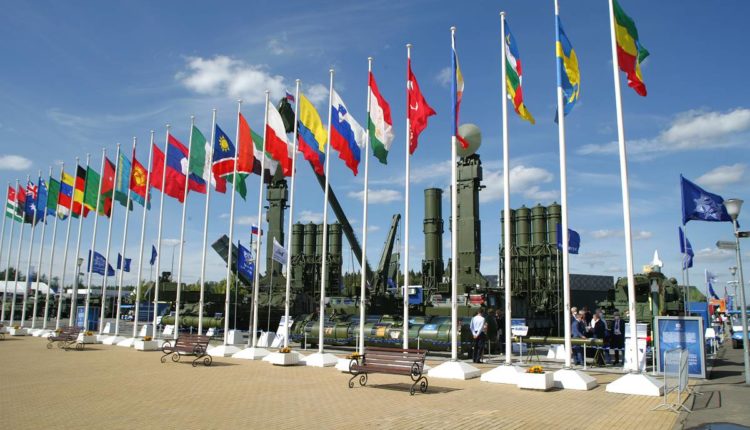 The radio station is a key subsystem of the newest mobile radio center for long-distance communication for the Russian armed forces, the press center specified.

“The R-176-1AE radio station belongs to the fifth generation of radio communication capabilities. The new station is unique because it has advanced software technologies (SDR) technologies [the SDR-technologies allow setting or changing working radio frequency parameters], “said the press center.

The radio’s software can be regularly updated and supplemented with new features throughout its life, he added.

Russia has not developed radios of this type for more than 30 years, said Acting the executive director of “Sozvezdie” Mihail Artyomov.

“The station has an open architecture that allows for planned upgrades to its software and automated operator workstations. This makes it possible to use this equipment … to establish radio communications in the field and stationary,” he said.

The mobile radio center for long-distance communication, which integrates radio station R-176-1AE, provides automatic and automated transmission of data, telephone and telegraph information against the background of involuntary and intentional interference at distances from 4000 to 8000 km, the press center said.

The International Military-Technical Forum “Army 2020” was opened on the territory of the Congress and Exhibition Center “Patriot” of the Russian Armed Forces near Moscow on August 23 and will last until August 29.

Some weapons will be on display at the Alabino test site, Kubinka airport and the Ashuluk test site in the Astrakhan region. Representatives of about 100 countries plan to attend the forum.

Over 1,500 companies and enterprises will display about 28,000 exhibits. Almost 700 advanced weapon systems will be demonstrated in the static and dynamic shows of the Army 2020 forum.

Predicting the unpredictable: These enterprise networking trends will define 2021