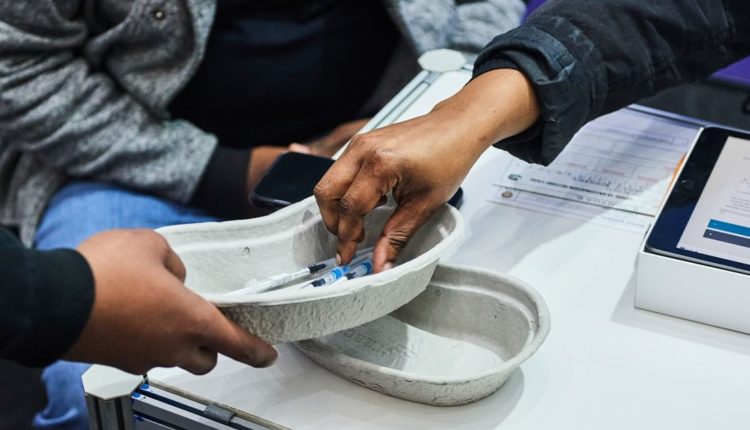 (Bloomberg) — Coronavirus infections are rising across most regions of the world as the delta variant spreads, the World Health Organization’s chief scientist said.

Thailand ordered stricter measures to contain a surge in new cases, while South Korea is raising curbs on social distancing to the highest level in Seoul for two weeks starting Monday. Malaysia reported the biggest single-day increase in new coronavirus cases since the outbreak began.

Coronavirus infections are rising across most regions of the world as the delta variant spreads, clear evidence that the pandemic isn’t on the wane, according to the World Health Organization’s chief scientist.

While vaccination levels in some countries are reducing severe cases and hospitalizations, large parts of the world face oxygen shortages, a lack of hospital beds and higher mortality, the WHO’s Soumya Swaminathan said in an interview with Bloomberg Television.

Germany reclassified Spain as an area of risk after coronavirus infections surged, raising the alarm about a country that’s among the most popular destinations for German tourists.

The ranking, which is Germany’s third highest, includes the Balearic and Canary Islands. But it has little practical impact, as quarantine can be avoided by travelers returning to Germany as long as they have proof of full vaccination or recovery from Covid-19, or can provide a negative test.

South Africa’s National Coronavirus Command Council will meet on July 11 to assess the country’s response to the pandemic and whether current restrictions aimed at curbing its spread are appropriate.

The meeting comes two weeks after President Cyril Ramaphosa placed the country on virus alert level 4, shutting schools and banning alcohol sales and all public gathering other than funerals.

The mayor of Johannesburg, Geoff Makhubo, has died after contracting the coronavirus. Makhubo was hospitalized after becoming infected with Covid-19 and succumbed to the disease on Friday, the city said.

The European Medicines Agency’s safety committee (PRAC) recommended that people who have previously had capillary leak syndrome must not be vaccinated with J&J’s Covid-19 vaccine.

One in 160 people in England are infected with Covid-19, rising from 1 in 260 in the previous week, the Office for National Statistics said.

An estimated 332,900 people within the country’s community population had the disease in the week to July 3.

Indonesia will extend tighter movement limits to islands beyond Java and Bali, as infections driven by the delta variant pick up across the country.

The British public continues to see value in the current health measures to slow the spread of Covid-19 as the government prepares to end compulsory face coverings and social distancing on July 19.

Mask wearing is believed by 91% of adults to be important to tackling the disease, according to Office of National Statistics figures. Social distancing was ranked important by 87%.

Thailand announced a set of tighter virus containment measures, including a ban on gatherings of more than five people, closing of spas and beauty clinics and reducing the operational hours for some businesses to quell a worsening Covid outbreak in its capital and nearby provinces.

France’s government attempted to calm fears about holidaying in Spain and Portugal, backtracking on a minister’s warning on Thursday about the rapid spread of the delta variant of Covid-19.

Singapore authorities preliminarily confirmed just one new case of locally transmitted Covid-19 infection, according to the Health Ministry on Friday. The case is currently unlinked.

Singapore plans to further relax virus curbs with larger group sizes allowed at restaurants from July 12, while it works toward a more expansive easing.

Uganda will spend 4 trillion shillings ($1.1 billion) to battle the coronavirus pandemic in a three-year plan that involves vaccinating 22 million people before fully reopening the economy.

The Philippines has allowed minors aged at least 5 years old to go outdoors, easing one of the world’s strictest pandemic restrictions on kids after keeping them at home for more than a year.

Children in areas under the two loosest quarantine levels can now go to parks, playgrounds, outdoor restaurants and tourist sites, presidential spokesman Harry Roque said in a statement Friday. Still, they are banned from going to malls, he said.

India approved a 230 billion rupees ($2.3 billion) fund, just a day after a top-level reshuffle, to strengthen the country’s response to the second wave and the evolving pandemic.

The nation added 43,393 Covid-19 cases Friday, taking the total tally to 30.75 million. Covid-related casualties rose by 911 in a day to 405,939, according to data from the Indian health ministry. It has administered 369 million vaccine doses so far but only 5% of its population is fully inoculated, according to Bloomberg’s vaccine tracker.

Indonesia is receiving help from other countries in meeting a shortfall in oxygen supply as it battles a virus resurgence that has crippled its health system.

Singapore will supply hundreds of ventilators and cylinders, along with other medical supplies, while Australia is set to send 1,000 ventilators arriving Friday, according to a statement from the Coordinating Ministry for Maritime and Investment Affairs. United Arab Emirates will send aid next week, including 250,000 doses of Sinopharm Group Co.’s vaccine.

Singapore and Hong Kong are still trying to revive an agreement to allow quarantine-free travel between the two Asian financial hubs, which could be used as a model to open to more parts of the world, Singapore Health Minister Ong Ye Kung said.

“I try to not call it bubble as it connotes something very fragile and can easily burst — I try to describe it as air travel corridor now, but the idea is the same,” Ong said in an interview with Bloomberg Television.

Vietnam plans to vaccinate 70% of its population by the end of March and half of the nation 18 and older by the end of this year, according to a statement on the health ministry’s website.

The International Monetary Fund neared final approval to create a record $650 billion of new reserves, with Managing Director Kristalina Georgieva saying she will present the proposal to the institution’s board of governors to pave the way for issuing the funds by the end of August.

“This is a shot in the arm for the world,’ Georgieva said of the plan for a new allocation of so-called special drawing rights, the largest in its history. “The SDR allocation will boost the liquidity and reserves of all our member countries, build confidence, and foster the resilience and stability of the global economy.

Morrison Says All Australians Can Get Jab This Year (11 a.m. HK)

Prime Minister Scott Morrison said a deal with Pfizer, which will see millions of coronavirus vaccine doses to be delivered ahead of previous schedules, will mean every Australian will be offered at least one jab by year-end.

Pfizer will deliver about 1 million doses a week from July 19, more than double the weekly average of about 350,000 in June. Australia now expects to receive 2.8 million Pfizer jabs this month and more than 4.5 million in August, a spokesperson for Morrison said. The race is on to boost inoculations as Sydney’s delta outbreak intensifies, leading to new restrictions announced on Friday.

Myanmar’s Covid inoculation drive has ground to a near halt due to a vaccine shortage, forcing the military government that seized power in February to hunt for new supplies to stem a spike in cases and deaths.

With the Southeast Asian country receiving no vaccine supplies since early May, just 1.75 million of a population of about 55 million have been fully vaccinated, according to Health Minister Thet Khine Win. The administration is now in talks with Russia and China to urgently secure more shots, officials said.

Singapore will not take the same approach as the U.K. and U.S. for mass reopening, but neither will it keep the sort of restrictive outlook that China and Australia have adopted, Health Minister Ong Ye Kung said.

Instead, Singapore will pursue a “middle path,” Ong said in an interview with Bloomberg Television’s Haslinda Amin, where mitigation measures will be maintained while the country opens up progressively.

The Tokyo Olympics will ban spectators from events held in Japan’s capital, revising an earlier decision to allow some fans, as the resurgence of virus cases pushed the government to declare a state of emergency in the city.

The Southeast Asian nation on Friday recorded 9,276 new infections, the most since May 17 and about 40% higher than the daily average this week, according to the Center for Covid-19 Situation Administration. The increase in cases follows a record 75 deaths reported on Thursday.

Pfizer Inc. plans to request U.S. emergency authorization in August for a third booster dose of its Covid-19 vaccine, based on early data showing that it can sharply increase immune protection against the coronavirus.

At the same time, however, federal health officials signaled that they would take a cautious approach to potential booster shots, and underlined that the currently available vaccines are effective at keeping people from being sickened by the coronavirus.

People who are fully vaccinated against Covid-19 don’t need a booster shot at this time, the U.S. CDC and FDA said in a joint statement.

South Korea is raising social distancing in Seoul to its highest level, banning gatherings of three or more people after 6 p.m. and ordering night-time entertainment businesses to close, as the capital is at the center of a surge in coronavirus cases.

The country is moving social distancing rules to the top level of 4 for Seoul, where the majority of new cases in recent days has emerged with sporadic outbreaks at restaurants, bars and shopping malls. The latest surge is a setback for a country that has been lauded as a model for containing the outbreak without imposing a lockdown.

Most young people face an “extremely low” risk of illness and death from Covid-19 and have no need to shield from the virus, according to researchers behind a large U.K. study.