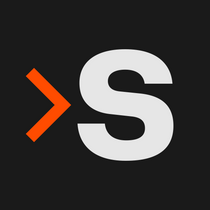 A Cellphone For All Standards

Can you imagine keeping the same cell phone as you switch from one service provider to another to take advantage of deals and new phone service options? A new technology called software-defined radio could make that possible–of course, assuming that service providers choose to adopt it.

As any reader of the business pages knows, the most appropriate single word for describing the world of mobile telephony is “uncertainty.” No one can say with confidence what forms third- (and future) generation cellular systems will take, nor even when they will be deployed. Making decisions about what protocols to adopt (cdma2000, UMTS/W-CDMA, EDGE, GPRS, or even some yet-to-be-finalized 4G technology) and therefore about what equipment to invest in has been difficult for the Verizons and Nextels of this rapidly evolving world.

Fortunately for them, software-defined radio (SDR) is now becoming an alternative. It makes the main characteristics of a cellphone–or any other kind of radio, for that matter–reconfigurable with software rather than with hardware alterations. SDR thereby makes it possible to reprogram cellphones to operate on different radio interface standards like North America’s IS-95 (CDMA) and IS-136 (TDMA).

But that’s not all. Putting much of a radio’s functionality in software opens up other benefits. A mobile SDR device can cope with the unpredictable dynamic characteristics of highly variable wireless links. It can allow efficient use of radio spectrum and power, and nimbly jump from one radio standard to another (say, from GSM to PDC, when a European subscriber travels to Japan, or from GSM to EDGE, when she decides to upgrade her handset).

The flexibility goes even further. Engineers are free to pick and choose among the software modules they created for earlier SDRs and use them in designing later products. This code reusability creates an open platform for both the evolutionary development of wireless systems and their rapid prototyping. Even hardware design becomes simpler because SDR relieves it of many complicated analog circuits by performing their functions in software.

The technology is being taken seriously: SDR is widely used in cellular base stations, mainly because of its ability to simplify hardware design, and it is just starting to be put to use in cellphone handsets.

It is also being widely studied by the U.S. military in its multi-service Joint Tactical Radio System (JTRS). Here the goal is to allow software-based transceivers to simultaneously carry voice, video, and data, using a variety of modulation schemes on carrier frequencies between 5 MHz and 2 GHz. The software is based on an open architecture, in which the operating system is made publicly available–and thus portable–although it has security features such as encryption.

Aircraft, tanks, trucks, and soldiers can have versions tailored to their individual needs. By building to a common standard and migrating existing systems to that standard, the U.S. military hopes to ensure that all forces at all levels can communicate, which they cannot always do today.

In a program that predates JTRS, General Dynamics Systems Inc. (Scottsdale, Ariz.) developed a software-defined radio known as the Digital Modular Radio (DMR), production quantities of which it is now delivering to the U.S. Navy. These devices can perform the functions of at least a dozen separate communications devices–up to four of them at a time.

This commercial and military interest in SDR has grown in recent years primarily because high-performance digital signal processors (DSPs) are now available at reasonable prices. Radio functions in ever greater numbers are being implemented in programmable digital devices rather than hardwired analog components.

The Cellular Industry’s Clash Over the Movement to Remake Networks

There’s No Better Time to Be an Amateur Radio Geek