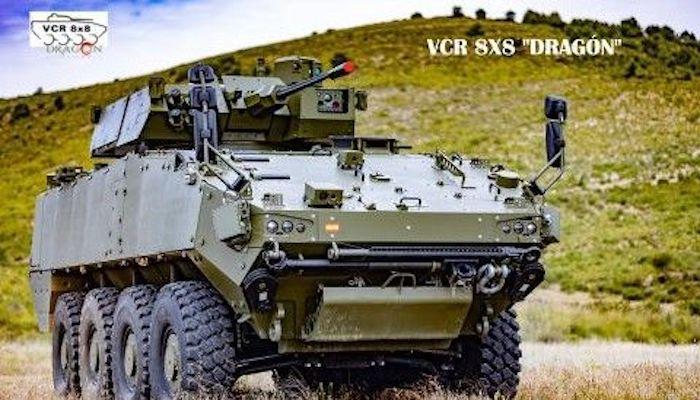 A technical evaluation of software radios under consideration for the Spanish Army’s new APCs was recently conducted in Spain. Three groups competed for the contract: Telefonica, Aicox and Elbit Systems with E-Lynx software, Tecnobit-Grupo Oesía with Rafael’s B-Net and Thales and Indra with Synaps.

“The industrial alliance created by Telefonica, Aicox and Elbit Systems will provide the E-Lynx communication system for the Spanish Army’s Dragon 8×8 APC,” according to a report on the Infodefensa website. “Under this contract, the first batch of 352 radio stations can be purchased.”

As mentioned, the offer of Telefonica, Aicox and Elbit, based on the E-Lynx family of software-defined radio systems, competes with two other offers – one from Tecnobit-Grupo Oesía and the other from Thales and Indra. It is not clear why Tecnobit did not mention its collaboration with Rafael in official publications on the acquisition project.

Production of the new armored personnel carriers should begin in December at the plant of Spanish defense contractor Santa Barbara Citemas, with the first units expected to leave the assembly line in 2022.

The deal, awarded by the Spanish Directorate-General for Arms and Materials (DGAM) to the joint venture between Telefonica, Aicox and Elbit for the supply of radio stations, is estimated at at least 6.5 million euros. The offer, made by an alliance of three companies, is based on the E-Lynx 7200-HH. It is estimated that the Spanish army plans to purchase 550 radio stations of this type, and delivery will begin in mid-2021.

Global Communication Intelligence (COMINT) Market Predicted to Generate a Revenue of $9,148.1 Million at a CAGR of 6.1% during the Forecast Period, 2020-2027