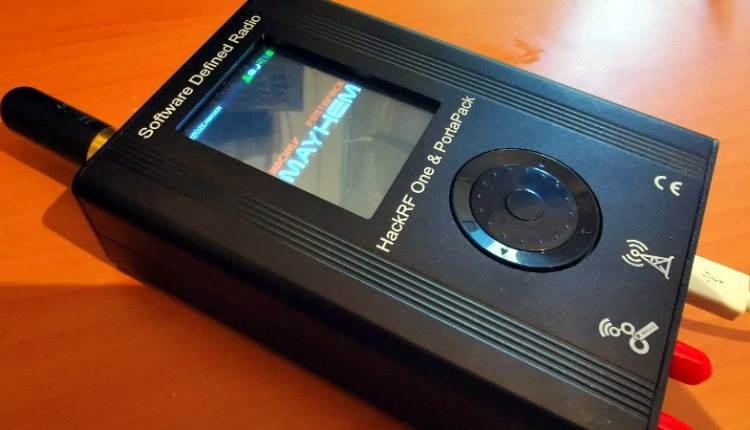 HackRF is an extremely capable software-defined radio (SDR) transceiver, but of course you have to connect it to a computer to be able to do something with it. So PortaPack is designed to turn it into a standalone device with the addition of a touchscreen LCD, several buttons and a headphone jack. With all the hardware in place, it’s just a matter of installing a firmware that is able to do proper RF hacking on the go.

Enter MAYHEM, an evolved fork on the original PortaPack firmware that the developers claim that it is the most up-to-date and functional version available. Without ever plugging into a computer, this firmware allows you to receive, decode, and retransmit a staggering number of wireless protocols. From launching pagers to a local restaurant to creating a fleet of phantom planes with fake ADS-B transponders, MAYHEM certainly seems to fit the name.

[A. Petazzoni] recently collected a detailed blog post on installing and using MAYHEM on HackRF / PortaPack, complete with a number of real examples that show only a few possible applications for the project. Silencing cell phones, sending fake pager messages, and cloning RF remote controls simply scratches the surface of what is possible.

It is not difficult to understand why some have already expressed concerns about the project, but in reality none of these possibilities are actually new. This firmware simply combines them into one easy to use package and while there may be an argument about distribution, we all know that the responsibility to behave ethically lies with the user, not the tools.