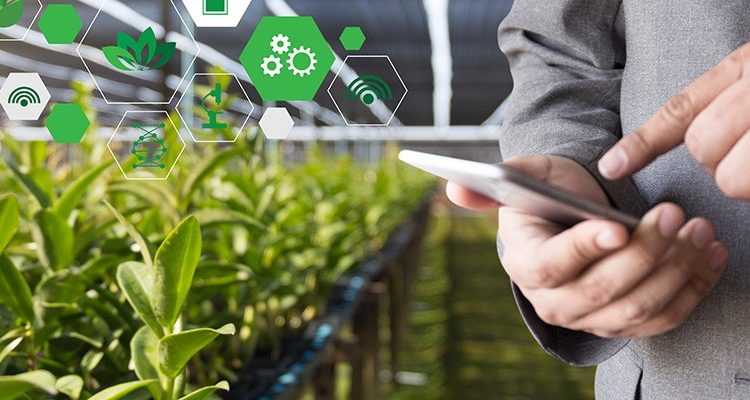 How IoT and machine learning are automating agriculture

A new generation of farmers is turning to technologies such as internet of things (IoT) and machine learning to automate agricultural production, alleviate the need to burden the land, while closely monitoring their crops.

They are joined by Phoebe Sea, director and co-founder of Singapore-based start-up agrotechnology AbyFarm. In collaboration with technology service provider SPTel, Xie is building a smart greenhouse hydroponics farm that uses multiple IoT sensors, including video cameras, to keep the farm buzzing around the clock.

“To run a self-regulating farm at the optimum temperature with an optimal supply of water and nutrients and to control the quality and taste of vegetables and fruits, we need IoT sensors,” she said, adding that the farm and its sensors collect and monitor thousands of data points, including humidity and temperature.

With the data and under certain environmental conditions, processes and actions for protection of crops from the elements are automatically activated. For example, if the temperature or humidity becomes too high, fans, water curtains and roof awnings are activated in the greenhouse.

Xie said the smart farm, located in a rooftop parking lot in Singapore, is also equipped with sensors that monitor pH levels and water conductivity. Among the sensors that are connected to a Lora wide power network with low power, is a bulldozer that automatically releases acidic or alkaline nutrients to maintain optimal pH levels.

While ancient farmers had to physically inspect their crops, AbyFarm agronomists and farmers could do so remotely with video cameras and image recognition technology to identify crops that can be susceptible to disease.

“If image recognition detects that a plant is likely to be sick, the farmer will be warned to go to the site to check on the current condition,” Xie said, adding that agronomists would also advise farmers to take corrective action. to prevent disease or restore the health of their crops.

Like any machine learning system, AbyFarm’s algorithms become more intelligent over time. Each time a crop is affected by a disease, the system provides data on its occurrence and corrective actions, allowing its algorithms to formulate solutions for other farmers with similar crop problems – without consulting an agronomist.

With that, Xie said, even those who are new to the field can use the system to direct them to treat diseased crops that can be isolated from other crops to prevent cross-infections.

AbyFarm’s automated farming system, hosted in SPTel’s private cloud, can also advise farmers on the best time to transplant their crops after germination and harvest them later for sale, Xie said.

Heng Kui Tong, vice president of engineering and customer solutions at SPTel, said the company has built software defined platform to help companies like AbyFarm overcome the challenges of deploying applications like IoT.

“The common struggle that companies like AbyFarm are facing with building an IoT solution is that it is quite intense in terms of ICT infrastructure,” Heng said. “You need to find a radio connection like Lora, subscribe to a service provider and connect your sensors to a sensor collector.

“We make it easier by investing in a platform, and because we are a service provider with end-to-end radio hubs, all AbyFarm has to do is put its sensors on board.”

Going forward, Heng said SPTel is committed to supporting the next generation video analytics opportunities through final cloud services which can be used to crush loads closer to where they are, reducing latency.

AbyFarm was one of six companies that won contracts from the Singapore Food Agency last year to build urban farms on nine rooftop parking lots in Singapore’s public housing estates.

The goal is to produce a total of 1,600 tonnes of vegetables a year in a city-state experience – where less than 1% of the land is used for agriculture – to become more self-sufficient in meeting the nutritional needs of the people.

This can be achieved with technology that makes agriculture more efficient, scalable and less labor-intensive than before. “We are ready to train and train the next generation in agricultural technology, because now you do not need 10 farmers to take care of one farm,” said Xie. “It’s just looking at the board and with the warnings that makes it necessary.”