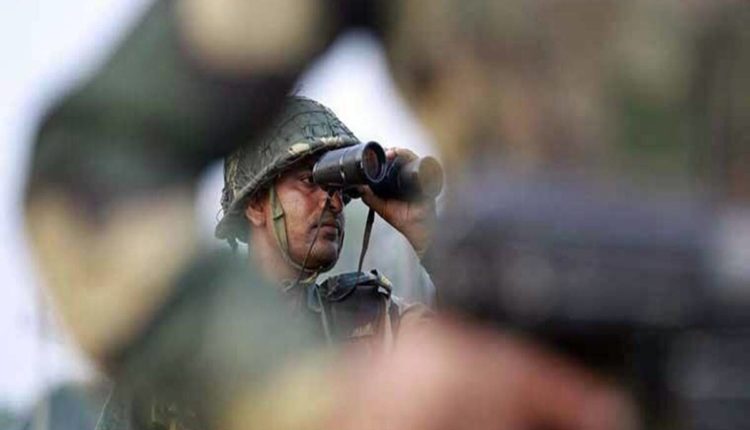 In May 2020, the Prime Minister Narendra Modi gave a clear call for “Atma Nirbhar Bharat” or “independent India”. The communication found favor in all sectors, including defense. Following the announcement last year, a “negative import list” of defense equipment was published. The list includes 101 defense products and a period after which there will be a ban on the import of equipment, which can then be produced only in the country. The “list” is also mentioned in the new Defense Acquisition Procedure (DAP), which was published in October 2020. A second list containing 108 items, renamed the “positive localization list”, was published this month.

Many other initiatives have been taken in the defense sector following the call for Atma Nirbharta, including the “Defense Production and Export Promotion Policy” (DPEPP) project, which mentions doubling the share of “domestic procurement” over a five-year period. The Defense Research and Development Organization (DRDO) has published a separate list of 108 systems and subsystems that will be designed and developed exclusively by Indian industry. Government and defense experts held seminars and webinars on Atma Nirbhar Bharat to discuss the impact. In addition, AeroIndia 2021, held earlier this year, focuses on “the vital ecosystem for defense production in India.”

As the government and its agencies focus on the concept of autonomy, two critical areas are in the background: the overall development of the armed forces’ capabilities and the role played by the 40 percent of defense materials that will still be supplied from abroad.

The capability development of the Indian Armed Forces comes from the Integrated Capability Development Plan (ICDP), a document that defines the planned supply of the desired equipment for a period of 10 years. The ICDP defines the military equipment required by the Indian Army, Navy and Air Force, but does not specify the “source of orders”. The prioritization of the source of orders is summarized in Chapter 2 of DAP 2020, as:

“Preference will be given to local design, development and production of defense equipment. The time required for delivery and delivery from foreign sources compared to the time required to perform it in India, together with the urgency and criticality of the requirement, will be examined before a decision is taken to continue the categorization. Therefore, where the Indian industry is able to produce the necessary equipment within the timeframe required by the Services, the procurement will be made from local sources … ‘

Therefore, the DAP prioritizes “capability development” over “local procurement”, especially if time is limited and security cannot be compromised.

Let’s take a step back and identify the products that were delivered by emergency forces or were shipped after the clash with Balakot in 2019 and during the Indochina conflict in 2020. Apart from accelerating the purchase of 21 MIG-29 12 SU-30 fighters, there were BVR missiles, precision bombs, anti-radiation missiles, anti-tank missiles, Sig Sauer rifles and light tanks, among others. All are delivered from foreign countries. The acquisition of the equipment was an immediate response to threats at the border. However, as the threat subsided, the acquisition of local equipment took precedence over capability development.

The only other induction of importance is the “rental” of two Sea Guardian drones from the Indian Navy. The decision to purchase about 30 drones, 10 for each service, has been awaited for more than two years. It is worth mentioning that a similar request to purchase 18 MQ-9Bs from the UAE (a quarter of the size of the state of Maharashtra) was approved by the US government earlier this year.

There is no doubt about the skills of Indian citizens or the ability of Indian industry to develop equipment with modern technology. Then, when the United States downgraded India’s request for a weather forecasting supercomputer from CRAY XMP-24 to CRAY XMP-14 in 1987, India built its own PARAM supercomputer. However, high-tech equipment needs time to develop, and the Indian Armed Forces must always be equipped given the current geopolitical and strategic challenges along its borders.

It is imperative that equipment that falls under critical requirements be identified and, if necessary, imported immediately to improve the capability of the Indian Armed Forces. Like the ‘negative import list’, a ‘positive import list’ with a timeline should be launched to ensure that Indian forces have the necessary resources for other short-term contingencies. This would provide foreign suppliers with the foresight of the procurement plan, requirements and prevent situations in which the Indian Armed Forces has to resort to emergency purchases or leasing of defense equipment. it is crucial to maintain a balance between domestic production and arms imports in order to maintain the necessary ‘capability development’, which is determined by the technological strength of the enemy.

(The author is the director, Aerospace and Defense, USISPF. The opinions expressed are personal and do not reflect the official position or policy of Financial Express Online.)