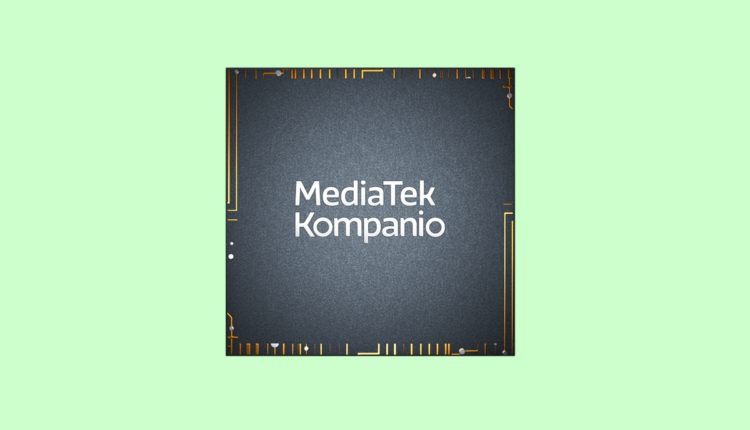 MediaTek has announced another new chip designed for 5G tablets and Chromebooks, Company 900T. This follows the last start of Company 1300T, another SoC designed for tablets, which was more of a premium product. The Kompanio 900T, on the other hand, is more of a mid-range chip, with MediaTek advertising “powerful computing power and ultra-low power consumption.”

Like the Kompanio 1300T, the Kompanio is based on TSMC’s 6nm process and also has an octa-core processor. In particular, it has two Cortex A78 performance cores and six efficient Cortex-A55 cores, as opposed to four cores of each type, such as the one in the Kompanio 1300T. It also has a Mali-G68 MC4 graphics processor and MediaTek’s own APU for AI-related tasks. The chipset supports both LPDDR5 and LPDDR4X RAM, as well as storage of UFS 3.1 and UFS 2.1, so it can be adopted in a wide range of devices at different prices and performance levels.

One of the great features of the Kompanio 900T is 5G support, with a 5G modem that supports both standalone (SA) and non-standard (NSA) networks in the band below 6GHz. It comes with dual-carrier aggregation support for increased speeds and MediaTek’s 5G UltraSave technology, which promises to reduce power consumption by up to 50% while using 5G. It also supports two 5G SIM cards and voice over New Radio (VoNR) technology. The chip also supports Wi-Fi 6 with 2 × 2 MIMO technology and Bluetooth 5.2.

As for the displays, it can power up to 2K display (2000 x 1200) with a refresh rate of 120Hz. The Kompanio 900T also features Mediatek’s MiraVision technology to improve image quality. MediaTek says it can upgrade SDR video to “near HDR quality” and HDR to “near HDR10 +”. It also offers real-time enhancements for videos that are already in HDR10 +.

Finally, for camera functions, the Kompanio 900T supports up to two 20-megapixel cameras or one 108-megapixel shooter. It can also record up to 4K video. Of course, these camera features aren’t as common on tablets and Chromebooks, but at least the option is there.

According to MediaTek, devices powered by the Kompanio 900T chipset will be available soon.