Nvidia Corp. strengthens its offer to power 5G applications on the edge of the network, adding support for Arm CPUs to its NIdia Aerial A100 AI-on-5G platform.

A100 AI-on-5G antenna is a single, converged platform that is designed to provide both artificial edge intelligence and 5G connectivity. Launched in April, it combines the Nvidia Aerial software development kit with the company’s Nvidia BlueField-2 A100, which is itself a converged card that pairs multiple processors with Nvidia’s data center processors.

The platform is designed to power high-performance, software-defined 5G base stations and AI applications, such as precision manufacturing robots, automated guided vehicles, drones, wireless cameras, self-checks and more. In other words, it enables businesses to deploy smart edge services.

Nvidia says the Arm version of the Aerial A100 AI-on-5G platform will combine 16 Arm Cortex A78 processors with the upcoming Nvidia BlueField-3 DPU, resulting in a stand-alone, converged card to launch end AI applications over cloud-based 5G virtual area networks. .

Nvidia’s support for Arm CPUs is not unexpected, as Nvidia is currently in the process of acquisition of Arm for $ 40 billion. This deal has attracted attention by regulators and is expected to be completed by next year.

“We are bringing together two worlds – AI on computers and 5G on telecommunications – to create a software-defined platform for AI on 5G,” said Ronnie Vasishta, Nvidia’s senior vice president of telecommunications. “Now, supporting Arm, our growing air platform is accelerating AI-on-5G everywhere.”

Nvidia’s new BlueField-3 A100 DPU they are said to have been developed specifically for AI and accelerated computer workloads. They are optimized for 5G connectivity and are designed to work hand in hand with processors. They take care of administrative tasks of the infrastructure, such as scanning network traffic for malware and organizing storage. Usually these things are processed by the processor, so by unloading them in the DPU, it frees those that focus solely on calculations.

The BlueField-3 DPUs, which will be available in the first half of 2022, will also include Nvidia’s extensive AI software libraries, including pre-trained models, and the Aerial 5G SDK, which help developers speed up deployment and add-on time. of different AI Capabilities for their applications. 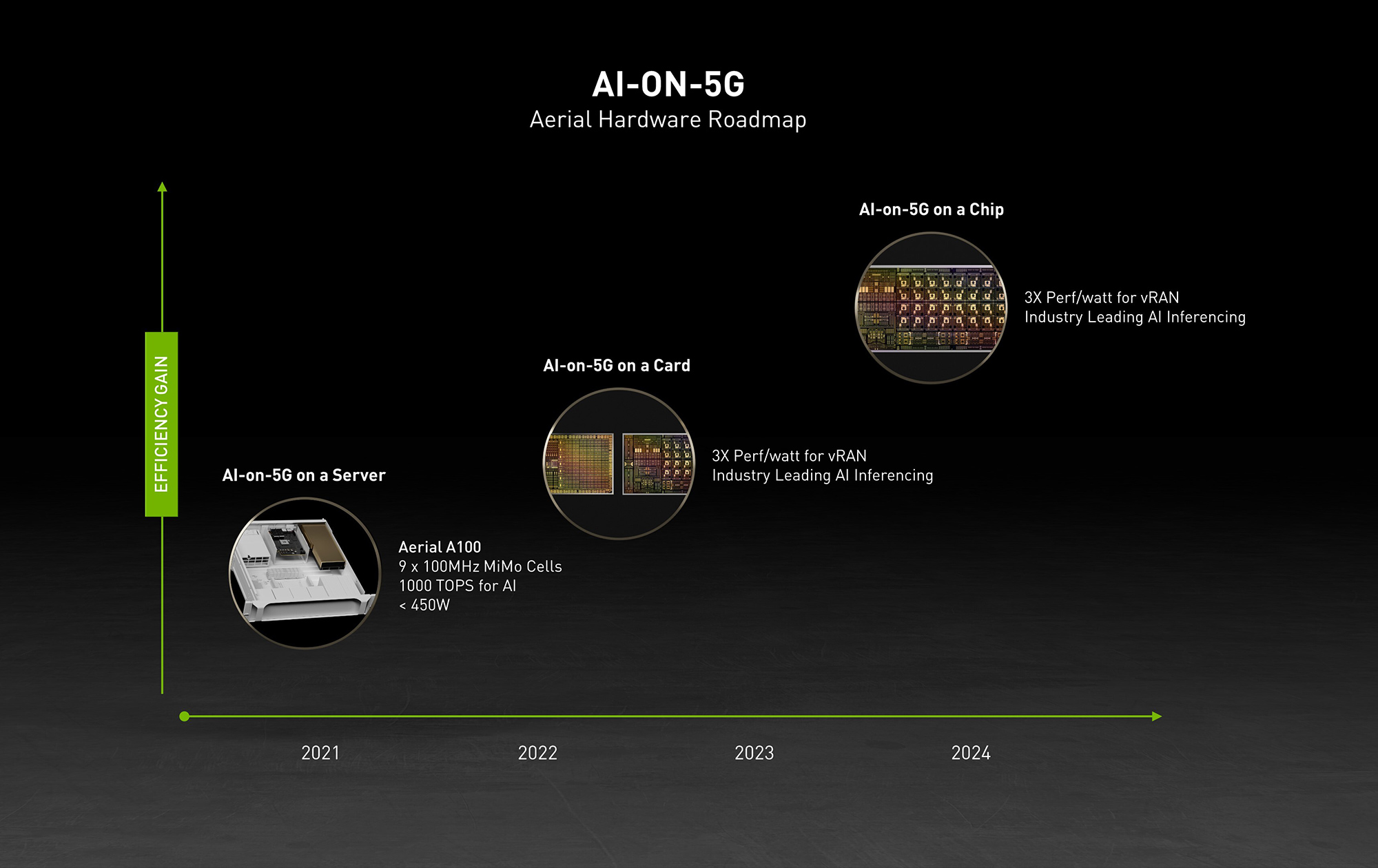 “Bluefield-3 expands the Arm ecosystem by offering a combination of Nvidia’s accelerated computing and Arm’s performance to give network providers more choice in how to create and deploy 5G systems,” said Chris Bergi, senior. vice president and general manager of Arm’s Infrastructure Line of Business.

The creation of the platform is one thing, but attracting customers to it is quite another, and for this reason Nvidia announced a partnership with Google LLC to create its first AI-on-5G Innovation Lab.

The lab will be provided to network infrastructure providers and artificial intelligence software developers who want to develop and test solutions on the new Nvidia platform. Google offers forward Google Anthos, which is a platform for developing multicloud and end applications.

This should tempt developers, because Anthos is a popular proposition in itself. It enables developers to create cloud-based, containerized applications run by Kubernetes that can run on any type of cloud or end infrastructure.

“Google Cloud, with our Anthos application platform, enables service providers and businesses in many vertical markets to connect seamlessly over 5G at the edge of the network,” said Shailesh Shukla, vice president and general manager of Google Cloud Networking. “We look forward to expanding our partnership with Nvidia.”

The companies said they hope to launch the lab before the end of the year.

The Analyst of Constellation Research Inc. Holger Müller told SiliconANGLE that the battle for 5G and the edge is being fought on the side of the platform and that it will be won by the one who creates the most convincing proposal and sees the greatest acceptance in the company.

Show your support for our mission by joining our Cube Club and Cube Event Community of experts. Join the community that includes Amazon Web Services and will soon be Amazon.com CEO Andy Iasi, Dell Technologies founder and CEO Michael Dell, Intel CEO Pat Gelsinger, and many other lighting fixtures and experts.

On June 16 we hold our second showcase in the cloud. Click here to join the free and open Startup Showcase event.

We really want to hear from you. Thanks for taking the time to read this post. We look forward to seeing you at the event and at the CUBE Club.