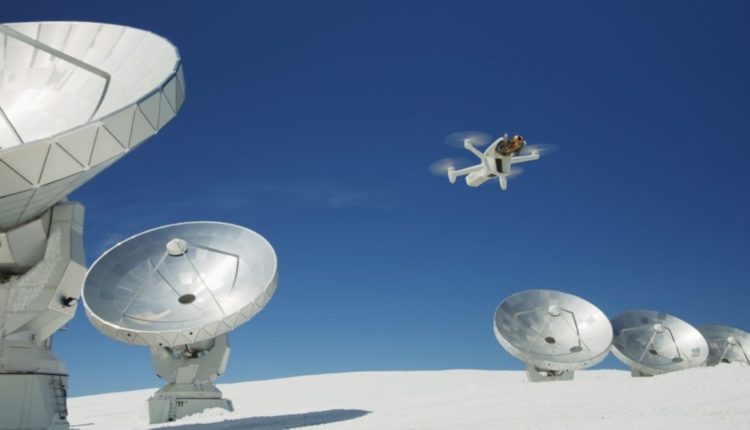 Drone manufacturer Parrot’s latest offering, the ANAFI Ai, has a definite attention-grabbing feature – 4G connectivity. But just how useful is long-range control going to be in a drone whose useable flight time is under 25 minutes remains to be seen.

The ANAFI Ai is the first commercial drone to use 4G as the primary data link between the machine and the operator. The network-agnostic drone integrates a 4G radio module (in addition to the Wi-Fi radio) allowing operators to transmit a 1080p video with very low latency (300 ms).

Technically, this “game-changing” innovation gives professionals the freedom to operate the drone at any distance, enabling Beyond Visual Line of Sight (BVLOS) flights. But what does it mean in a real-world scenario, where the 900 gram drone comes with a flight time of 32 minutes?

Is Parrot’s 4G connectivity premium worth it?

Weiliang Zhang, founder of Avetics Global, a drone solutions company based in Singapore and Malaysia, questions the need for 4G when the usable flight time is at most 23-24 minutes. He says:

If you’re flying at 10m/s for a two-way trip of 14 km or a one-way trip of 7 km, that is still within range of other drones’ native transmission systems. Then, why pay a 4G premium?

Parrot has long refused to upgrade from horrible Wi-Fi tech, but then leapfrogs to 4G? The feature is marketed for BVLOS flights, but the drone’s flight time and speed are limiting factors. 4G would be great on a fixed-wing or transitional VTOL; I’m not sure it makes sense on a 900 g quadcopter. I can also see how a 4G connection could add reliability for the construction industry, but even then, a better Software Defined Radio (SDR) would be more cost-effective.

Interestingly, the cost of the ANAFI Ai drone has not been revealed yet. But from the looks of it, Parrot would want to position the drone as a competitor to Skydio X2, the price for which starts at $10,999 with Skydio Enterprise Controller and accessories bundle.

And if that is indeed going to be a benchmark for Parrot, we should point out that the ANAFI Ai uses stereoscopic cameras mounted on a 311-degree rotating gimbal for obstacle avoidance. Meanwhile, Skydio’s commercial drones come equipped with six 4K navigation cameras and powerful onboard AI for 360-degree obstacle avoidance.

Coming back to the topic, it’s worth noting that at the drone’s launch event on Wednesday, Henri Seydoux, founder and CEO of Parrot, did not play up long-range flying as much as he emphasized link security and stability that comes with 4G connectivity. According to Seydoux:

With the 4G link, the connection between the drone and the pilot is much more secure. It is possible to fly along buildings or fly in places where the radio environment is very noisy, and still the link between the pilot and the drone will remain quite strong.

Romeo Durscher, who oversees the public safety division at Auterion, an open-source drone software company, is also quick to point out that with 4G connectivity, the drone has become an internet of things (IoT) device.

Durscher, who for years was the public safety face of DJI before joining Auterion, says:

I’m reminded of the time when we released the Mavic Enterprise with a speaker and spotlight. People were saying that we had run out of ideas. ‘Why put a speaker on a drone?!’ And yet, the speaker and the spotlight have made this drone extremely valuable, setting a new path and thinking. The same will happen for ANAFI Ai’s 4G connectivity. Any enterprise drone which needs a SD card for data transfer is a glorified consumer drone. It sounds harsh but the future workflow must entail deeper data integration.

And what about you? How do you view the ANAFI Ai’s 4G feature? Let us know in the comments below!