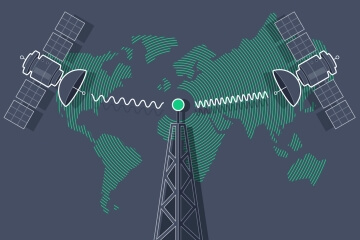 The SDR market (SDR) is rightly described as thriving with a current value of around € 20 billion and will reach € 32 billion in another ten years.

Driving these fast market costs are several key factors. First and perhaps the easiest to evaluate concerns our mobile phones. When industry standards or operating systems change, our phones can very often be updated automatically. Imagine a scenario where you have to go out and buy a new handset with each update. Unthinkable, isn’t it?

So why can’t such a concept apply to wireless radios? Well, now it can. In essence, SDRs have traditionally been designed using digital signal processors (DSPs). However, the demands for greater performance and flexibility from all market applications that fuel the financial boom mean that DSPs are increasingly unable to cut technical mustard and programmable FPGA are becoming an increasingly popular option.

So what are the application markets that are driving SDR development forward?

Research by MarketandMarkets research analysts has found the answers to this. According to them, the demand for advanced communication systems to replace old equipment, the increase in tactical communication costs and the adoption of SDRs for telecommunications infrastructure are the main drivers of the SDR systems market.

The trade sector is expected to grow the most in the SDR market and is expected to continue to grow over the next five years. It is driven primarily by the development of telecommunications and transportation applications that are easy to upgrade and provide high data rates.

The UHF bandwidth segment is predicted to increase at the highest CAGR over the same period.

Based on the bandwidth, the SDR market is segmented into HF, VHF, UHF and other bands. UHF is one of the fastest growing areas in the SDR market.

Based on the platform type, the onshore segment is expected to lead to an increase in SDRs due to its use in military applications. Ground platforms include interoperability solutions with other service radio stations.

New generation SDRs include a broadband network waveform with the ability to provide mobile network connectivity across the battlefield while providing compatibility with current waveforms used in the defense forces.

By territory, the Asia-Pacific SDR market is expected to grow with the highest CAGR over the forecast period.

An additional opportunity is to increase the demand for next-generation IP systems, as it can increase profitability by offering customers a range of IP network products within systems that offer new services faster on the market, reduce transaction costs and improve the end result. user experience.

Next-generation high-voltage mobile communications tend to move away from powerful single-line contact methods to a more cost-effective network system, where multiple operators are connected together using a multi-node network system.

These systems are less susceptible to single points of failure, and communication packets may find the best route to the destination based on traffic levels and available system bandwidth.

The SDR can be flexible enough to avoid limiting the spectral assumptions of designers of previous types of radios in several ways.

Spread spectrum and ultra-wideband techniques allow multiple transmitters to transmit in the same place on the same frequency with minimal interference. They are usually combined with one or more error detection and correction techniques to correct any errors caused by this intervention.

The software-defined antennas are adaptively fixed on a directional signal so that the receivers can repel interference from other directions.

Cognitive radio techniques apply when each radio measures the spectrum used and communicates this information to other cooperating radio stations so that transmitters can avoid interference by selecting unused frequencies.

Alternatively, each radio connects to a geolocation database to obtain information about the inhabitants of the spectrum at its location and regulates its operating frequency or transmission power so as not to interfere with other wireless services.

Dynamic transmitter power tuning based on information transmitted by receivers, reducing transmission power to a minimum, reducing a nearby problem and reducing interference to others, and extending battery life in portable equipment.

Various technologies such as Voice over Internet Protocol (VoIP), time division multiplexing (TDM), satellite communications, cellular, tactical radio stations, SCIP cryptographic devices are used. However, Wi-Fi and WiMAX can cause various compatibility issues. For example, the use of multiple types of modems has led to interoperability issues. This is due to the difference in protocols, as providers tend to add their value-added protocols based on the application requirements of each unit.

This range of SDR products allows wireless network developers to speed up and simplify the development and deployment of their applications, the company said.

The optional 5G package (3GPP rel.15) allows private wireless networking applications such as broadband LTE / 5G base stations and radios, as well as narrowband cellular IOT (cIOT). The turnkey NAT systems that are available ready-made are called NAT-SDR-FLEX, include all the hardware and software needed to build these applications with a scale of eight to 72 channels or more using multiple systems.

SDRs are typically created with digital signal processors (DSPs) that provide basic processing power. Growing performance requirements and a fast-growing market mean that DSP-based SDRs have design limitations that NAT has overcome with the help of flexible, programmable FPGAs.

To simplify and accelerate the development of FPGA-based SDRs, NAT is investing in software support and documentation packages. This proposal goes beyond the basic support packages for motherboards, drivers, and operating systems to include libraries, sample projects, sample application software, and application support notes for developers.

The heart of the NAT SDR portfolio is a modular AMC board, NAT-AMC-ZYNQUP-SDR, which combines large analog devices

RF-transceivers with frequency band (ADVR 9009) and Xilinx Zynq UltraScale + TM FPGA with built-in quad-core ARM processor. This board can be configured with different RF input and output on the front panel by selecting the NAT FMC boards with the required functions. SDR properties, such as the number of RF channels, filtering, and IO management for external RF, can be integrated into the platform by being selected from FMC building blocks. NAT can also collaborate with customers to develop custom mezzanine maps with special features.