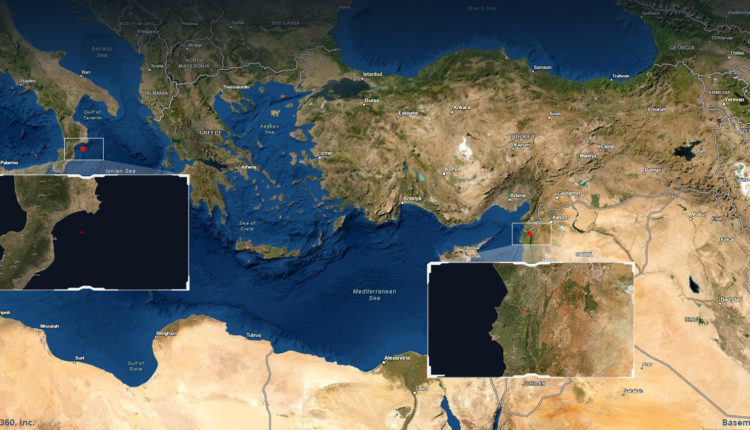 ST. LOUIS – The proliferation of electronic devices designed to interfere with global positioning system signals is a problem for the Pentagon and many GPS-dependent industries, as outages affect every aspect of operations.

One of the challenges is identifying the exact location and source of the interference, said Rob Reinhart, chief operating officer of HawkEye 360, a geospatial analysis company that uses satellites to track ships, vehicles or any devices that emit radio frequency signals.

HawkEye 360 ​​is one of several satellite operators to demonstrate its technology at the GEOINT symposium in 2021 this week.

The company’s satellites, equipped with software-defined radios, fly in three groups: one in front, another in the back, and a third that oscillates back and forth. There are currently three clusters in orbit.

Rainhart said HawkEye 360 ​​has informed government and commercial customers concerned about the impact of GPS interruptions on how they can apply RF data analysis to detect interference.

The company has three clusters of satellites in orbit today and plans to launch more, which will allow for a much better set of interference monitoring tools, “he said.

“We have participated in some trials with foreign partners, considering the intervention of GNSS,” he said. “There is a lot of interest in the problem from customers around the world.”

The Department of Defense’s Innovation Division (DIU), a Pentagon organization that works with trading companies, wants to take advantage of the growing availability of data from space and other sources for geolocation of GPS interference.

The DIU’s request in August called for proposals to “raise awareness of the situation of intentional disconnection of GNSS users”. DoD is particularly interested in “continuous, wide-ranging coverage of counterfeit GNSS transmitters, leading to localized counterfeiting phenomenology”.

GPS signals can be repelled by electronic jamming attacks. GPS users can also be attacked with forged PNT data, a technique known as tampering.

“The whole world depends on GNSS-based systems, but the GPS architecture and its users are still vulnerable to denial and manipulation by adversaries,” DIU said.

The aim is to experiment with commercially available data sources, both space and terrestrial, Estep told SpaceNews.

“There is a whole trade sector playing in this area and we are certainly intrigued to get involved,” he said.

An example of this is the Automatic Identification System (AIS), an on-board navigation safety device that transmits and monitors the location of ships at sea in real time. “This is a commercial commodity that is available and has actually been used in some circumstances to characterize intentional interruptions and counterfeiting of GNSS,” Estep said.

“We’re not looking for a traditional recording program,” he said. “We want to use all these datasets and analyzes that are already used in commercial conditions or in the commercial market, and use this to complement government capabilities.”

DUI is an agnostic for what type of data or sensors are used. “There may be ground information that informs GNSS counterfeiting or interference, or it may be space-based,” Estep said.

Many vendors in the space analysis and data analysis sector have responded to DIU’s demands, he said. DIU will select several companies this fall to make a presentation directly to military customers.

“Suppliers who are successful in the second phase have the opportunity to participate in executive prototypes with DIU, to work with coders in a collaborative way.”

A remarkable challenge for providers is to show how they analyze data and draw conclusions from it, such as whether the GPS intervention is intentional or accidental, Estep said.

“There are different types of effects and categories of interference, and part of the challenge our suppliers will have to do is be able to characterize the effect and show us the confidence they have in what they see,” Estep said. “And to show us that you know how you came to that conclusion.”

‘Zwelitsha pupil Avethandwa Nokhangela could not swim, there were no lifeguards’