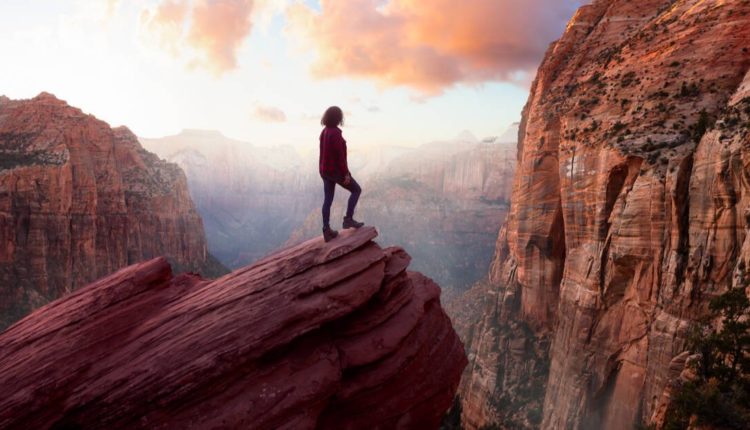 VMworld VMware will move its entire stack to the Arm architecture as part of a new offering aimed at what is called “edge applications.”

VMware’s concept does not differ significantly from previous theories as to why the edge matters, namely that it sometimes makes sense to perform a workload close to where data is produced or consumed. However, the virtualization giant has done this a little further, defining a “near the edge” place as a place for workloads that run “anywhere between the cloud and the client’s remote location and are delivered as a service.”

The “far end” is for workloads “placed at a remote location of the customer in the immediate vicinity of the endpoints.”

While this is some new jargon, VMware’s answer to how to do it well is not – the company went with the familiar “put our integrated stack of virtualized computing, storage and networking – and our assumption of zero trust – everywhere, so your the environment is consistent. “Or as the company now calls it, VMware Cross-Cloud Services for All Apps.”

This plan means that the main stack of VMware now comes in a new version, called – no surprises here – VMware Edge, unveiled today at VMworld gabfest.

As is now standard in VMware, the new offering will combine vSphere and Tanzu so that it can work with virtual machines or containers, plus virtual storage and SD-WAN in more expensive editions.

Combined with VMware’s Secure Access Service Edge and Telco Cloud Platform, VMware Edge will allow organizations to define an infrastructure template, deploy it to thousands of sites, and distribute and maintain applications in all of these locations.

X86 servers will be supported for a start, but VMware said The register: “ARM-based hardware support is on the roadmap, but is not supported on this first boot.”

Another future release will offer a “lightweight version of the VMware Edge Compute Stack that provides an extremely thin edge for lighter applications.”

Maybe this is the Arm game?

Annoy vSphere as a service

Other announcements at VMworld included Project Arctic, a vSphere-as-a-service that will integrate public clouds. Currently in the technical review, VMware doesn’t say much about this beyond: “Customers will be able to take advantage of unlimited cloud capacity on demand and instantly access VMware Cross-Cloud services through vCenter.”

Project Arctic is very much in line with VMware’s stated intention to turn its entire portfolio into SaaS and / or managed services. A new sign of this plan is the upcoming VMware Cloud with Tanzu services, which will add managed Kubernetes as a free component of AWS’s VMware Cloud. Another AWS collaboration will see VMware Cloud run at AWS ‘preliminary Outposts in the coming weeks, sold as PaaS.

VMware and Dell may be about to split, but they will obviously be friends with advantages, as VMware Cloud will be sold in Dell’s APEX ITaaS environment for this payment on the go.

The new offer means customers can choose between paying Dell to launch VMware Cloud or paying VMware for VMware Cloud. The register found this a little confusing. Virtzilla told us, “The key decision criteria will be based primarily on the customer’s preferences in the commercial transaction and user experience.”

New combinations of network virtualization and zero-trusted security are another field that VMware continues to explore. New to VMworld is Elastic Application Security Edge (EASE), a technology that automatically scales edge infrastructure and policies. This targets variable traffic applications so that they can scale security as their supporting infrastructure grows on demand.

“Secure access to workload” is another beginner who promises that the security policy will remain in place even when workloads are executed and data is shared across multiple resource pools.

VMware’s container portfolio continues to expand – especially with the new one Community edition we reported earlier.

VMware Secure State has added Kubernetes Security Posture Management (KSPM), which can now detect and report incorrect configuration of Kubernetes clusters. Tanzu Service Mesh is better at reporting exactly how the APIs communicate, even through public clouds, to let security teams know what to worry about.

The Tanzu application platform has entered beta and added IDE plug-ins so developers can work with their favorite tools, among other add-ons.

Just in case you haven’t noticed that VMware really, really wants to use Tanzu, the licensing setting means you’ll be able to apply universal VMware cloud subscription credits to the Tanzu Standard Edition.

Another future product is Project Capitola, which will deliver software-defined memory to help memory-intensive applications by “aggregating memory levels in DRAM, non-volatile memory, NVMe and other future technologies.”

Missing from the pre-show briefing offered at The register was there an update to VMware’s plans to use data processing units (DPUs), also known as SmartNICs, or the status of its hypervisor for servers running Arm. However, Nvidia has announced that it is offering a preview of its DPUs running VMware’s experimental Arm hypervisor in a service to relieve server and graphics processors of the need to run household workloads.

All of the things that have been announced serve largely VMware’s unchanged strategy, allowing you to run anything, anywhere, with software-defined networks and security to package everything safely as a logical construct.

The company is trying to define several new ones everywhere with its near and far end definitions, which may sound like the result of an expensive marketing consultation – but then came terms like “private cloud” and “software-defined data center” when VMware started throwing them in previous VMworlds. ®