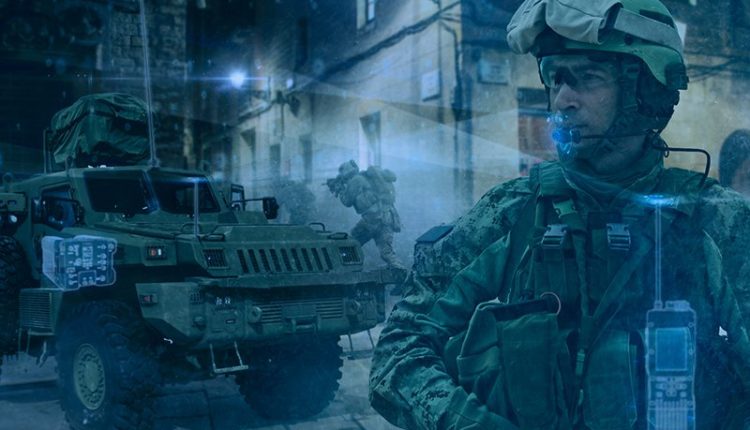 Brought to you in partnership with Bittium

In an age of great competition for power, the armed forces must consider how best to deploy formations to the “tactical edge” where enemy forces can seriously disrupt connectivity levels.

Sharing the 1,340 km border with the Russian Federation, Finland is at the forefront of such demands.

It is important then that this Scandinavian country has the advantage of being able to rely on a domestic industry that is both deeply integrated into the Finnish defense system and traditionally strong in communication technology.

The Finnish Defense Forces (FDF) have a number of critical requirements, including the ability to maintain guaranteed and sustainable connectivity, as well as the need for an “optimal overall operational picture together with a flexible and adaptive network command and control system,” the FDF said.

The support for FDF improvements in terms of tactical connectivity is the Finnish Communications Champion, Битций.

According to Vice President of Defense and Security Harry Rompainen, Bittium’s experience in commercial telecommunications technology and close collaboration with FDF have allowed the company to develop products that actually support the improvement of tactical communication capabilities in the defense forces.

Romppainen outlines the emerging demands for the return of great competition to power.

“The focus on asymmetric warfare has dominated global thinking for the past 20 years, but now that the risk of conflicts between partners and close partners is growing, countries are realizing the need to change their thinking. The benefit of Bittium’s solutions is that they are a great match for both types of threats, ”he says.

To ensure tactical to strategic connectivity in the face of disruption by enemy forces, the armed forces require secure and robust tactical networks that provide end users with primary, alternative, emergency and emergency (PACE) communications.

“In the age of software-defined solutions, tactical networks are more like computer networks, and so security considerations are even more important than before,” Romppainen said.

“And sustainability is a major issue, which is achieved through a wide range of frequencies, MANET redirection capabilities, jam-resistant waveforms and hybrid networks. They all have flexibility and have automated features that help “hide” communication paths from the enemy. “

According to Romppainen, e-war and cyberattacks remain the most common threats facing NATO and its international partner forces in today’s operational environment.

“EW is something you need to consider when you start developing new products. This is something that Bittium has taken into account in our product portfolio, using wide frequency bands, software-defined radios and signal processing to bring better performance, for example, ”he explains.

“But cyber warfare is also increasingly important, especially as networks become more IP-based. This increases the threat of cyberattacks, not necessarily over the air, but from networks, leading to protection requirements for IP-based equipment. End-users also need to manage fast-changing networks, and the industry is developing management systems and tools to support this. We learn a lot when we work with FDF to improve our products and networks. ‘

“Mobility levels need to be increased in brigade or combat groups, based on IP networks and broadband data transmitted between staffs, squad leaders and even at the soldier level. “Such decisions are in line with the modern requirements of the modern armed forces,” Rompainen said.

Bittium’s offer focuses on its family of modular, software-defined and interoperable communication products and systems in operation worldwide.

They include Tactical wireless IP network (TAC WIN), a broadband IP backbone network capable of providing 50 Mbps in data exchange from brigade to battle groups. The modular system supports MANET, Point-to-Multipoint and Point-to-Point networks. It can be used to maintain command and control, situational awareness, and information security in increasingly mobile combat scenarios.

“TAC WIN provides self-healing, sustainable and low latency networks that can also be unmanned and autonomous. In addition to our customers’ cases, one example of this is the integrated modular unmanned ground system (iMUGS) project, in which Bittium develops and demonstrates sustainable and networked data transfer, ”says Romppainen.

Bittium recently announced that FDF has ordered additional TAC WIN equipment under a framework agreement covering the purchase of the products. The system serves all three branches of the FDF: Army, Navy and Air Force.

Bittium is also available Difficult SPT range of tactical radios, including dual-channel automotive configuration, providing simultaneous communication with voice and data across the battlefield and a manual version designed to meet the requirements of the mission of the downed soldiers. The radios offer a frequency range from 30 MHz to 2500 MHz and can use the same form of TAC WIN to seamlessly transmit data from the brigade to the downed soldiers.

“In addition to TAC WIN Waveform, radios also use ESSOR High Data Rate Waveform. As a founding member of the European software-defined radio program, we are one of the first to offer the waveform to our customers. “Our goal is to offer state-of-the-art results and improve the ability of the armed forces to cooperate in coalition operations,” Rompainen said.

“Security also plays a key role in radio stations. Waveforms are crucial, of course, but we also offer our customers access to the implementation of radio security for certification purposes. In addition, secure device and sandbox management for a variety of applications improves overall communications security, ”he continues.

In addition to sustainable, flexible and secure tactical communication networks, the armed forces around the world are also seeking to establish alternative communication routes that can be used, especially in a contested and rigorous operational environment.

To meet these needs, Bittium is developing concepts for hybrid networks. Through the hybrid network, users remain connected to the same critical services, regardless of which technology or network they use.

Tactical communication networks are an integral part of the concept, but they can be supplemented with other networks such as 4G LTE, 5G and VHF. Data and situational awareness services are automatically delivered through available and appropriate communication channels.

“The armed forces can use any connected communication route, which means that all services on the battlefield can be provided on any network. At Bittium, we create solutions that make it as easy as possible for the soldier to connect to any network, allowing them to fully connect to services in difficult conditions.

Uniquely located to monitor emerging military search signals operating in an era of intense power competition, Bittium is ready to support its customers in an increasingly complex operating environment.