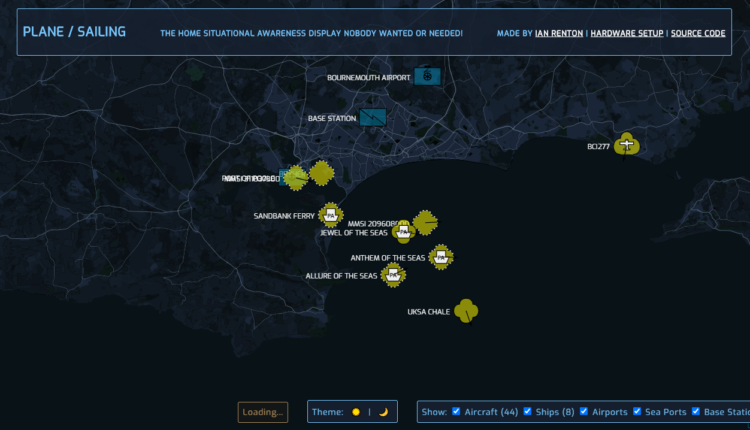 Tracking Boats And Ships In Real Time At The Same Time

Software-defined radio appeared on the hacking scene largely less than a decade ago, thanks to the discovery that a small USB-based TV tuner dongle could be used to receive all types of radio broadcasts. Two popular projects from that era track nearby planes and boats in real time. Of course, these projects rely on different frequencies and protocols, but if you live in a large port city like [Ian] then his project which combines both in one user interface may be of interest.

This project uses the RTL-SDR dongle for part of the project’s maritime traffic, but turns to FlightAware Pro to receive aircraft telemetry. This requires two separate antennas and all information is collected and processed by a pair of Raspberry Pis. Pis communicate with various marine and air traffic databases, as well as process the user interface that connects both sets of information together. This interface was made to order from a previous project and was slightly redesigned to meet the needs of this one.

This is a great project that goes into a lot of interesting details about how web traffic moves and how the user interface works, so even if you’re not in software-defined radio, it may be worth taking a look at. It is worth noting, however, that it has not been easier to create a system like this thanks to abundance and low cost of RTL-SDR switches and software tools which make them create a breeze.