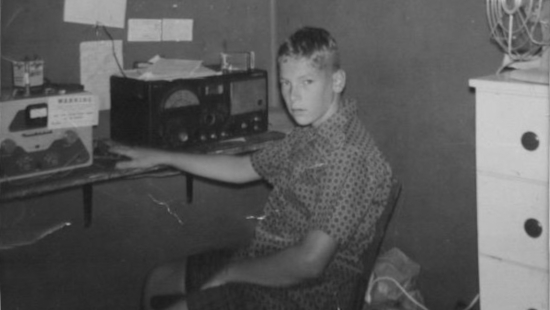 Wooten, director of engineering and IT for iHeartMedia in Panama City and Tallahassee, Florida, is also a member of the iHeartMedia emergency response team. He has seen the damage that a Category 5 hurricane can cause. He stood on the front lines while Hurricane Michael struck Florida in 2018.

This hurricane destroyed an AM-array with three WDIZ (AM) towers and tore down the STL tower at the iHeart studios in Panama City. Only backup underground optical circuits supported WPAP (FM) and WFSY (FM) in the air, Wooten said. Two other FMs in the cluster returned to the air within a few days, using a satellite channel to replace the lost STL.

“IHeart stations were the only commercial stations on the air for more than two weeks,” he said.

In 2019, the Society of Broadcasting Engineers honored Watten as the winner of its Robert W. Flanders Engineer of the Year award, citing his actions around the storm. “Because of Charlie’s experience, planning, and redundancy, Bay County citizens tuned their radio the morning after the storm and discovered iHeartMedia signals live. Locals have access to critical information about food, water and emergency health care. “

Wooten has a wide and award-winning career. He has served as chief radio engineer in Aruba, worked as general manager of a public radio station in Florida, and participated in the construction of more than 120 broadcasting facilities (radio frequency and studio installations), including 30 in Eastern Europe, while working as a consultant on broadcasting early in his career.

The battle-tested technologist is 72 and has no plans to retire. Our interview with him is part of our series of profiles of leading engineers in the industry.

Radio World: Describe the scope of your work with iHeartMedia.
Charlie Wooten: I am responsible for all engineering, audio, radio frequency and information technology for the iHeart stations in Tallahassee and Panama City, Florida, which amount to nine full-power FMs, four FM translators and one AM. We have HD at one station in every market.

RW: What technological projects are you working on and what’s next?
Wooten: IHeart currently installs a software-defined WAN system to interconnect all broadcast sites and studios. This system uses two different paths, conventional wired internet and wireless internet, so if one fails, the system will seamlessly switch to the other connection.

Once this is installed, we will move on to a playback system called Sound +, which will have local playback equipment to maintain redundancy and reliability. This is an ambitious project and requires many different software elements to be included in the Sound + platform.

RW: Are you moving more operations to the cloud or planning?
Wooten: Yes, we use cloud architecture, like most industries, but we also use local playback systems to improve redundancy and reliability.

RW: What are the main challenges facing local radio technicians?
Wooten: Radio has changed dramatically over the last few years, so it’s important to keep evolving and reaching your audience wherever they are and how they want it.

RW: What types of hurricane preparation and planning have your radio stations introduced in Florida?
Wooten: We have always had a hurricane plan locally since I came to work with the Panama City cluster in 1997. We have continued to refine this plan over the years. The plan worked very well for all the storms, although Hurricane Michael was a very different animal and we had some new challenges to overcome. Even with these challenges, iHeartMedia stations were able to continue to provide emergency information shortly after the storm.

RW: Which critical infrastructure was most fragile under Hurricane Michael?
Wooten: From everything else we had a problem with the battery with the generator, which was tested without problems on the Sunday before the hurricane hit on Wednesday. We managed to jump out of the generator and return the power to the studio building.

All locations of the transmitter remained in the air during the storm. They just didn’t have audio. As soon as we were able to turn on the generator and turn on the power in the studio again, WPAP and WFSY had audio only because we had an AT&T underground fiber that ran 100% underground from the studio to the local headquarters and from the central office to the tower at 25 miles north of Panama City.

We lost part of the roof and facade of the office building, but the area where the studios and trunk were located was not damaged. Fortunately, the STL tower fell from our building. We have been without commercial power in our studios for more than a week and are located 200 yards from a large substation. Our four FM transmitter locations remained on generator power for more than two weeks.

Every morning we delivered diesel fuel to each site and actually removed the stations for short periods at midnight to change the oil and filters needed to provide reliable service.

Our Onan diesel generators work flawlessly. A piece of flying debris put a small hole in the radiator of the WEBZ generator, but we managed to patch it until a spare radiator was found and installed.

RW: Which aspects of your work have changed the most over the years?
Wooten: I have been a broadcast engineer since 1970 and the biggest change is the addition of IT to the duties of an engineer. This forced me to learn about something that I was not up to date with the 80’s, as it became more common in the 90’s and today.

IT is another aspect of engineering that is just as important as knowing how to change a tube in a transmitter or build a studio.

RW: What is your point of view on the trends related to the management of technical radio?
Wooten: I think the more important question is how TV operators will find good people who want to be in their engineering staff – by guaranteeing competitive advantages and salaries.

RW: How can the industry identify and develop new engineering talents?
Wooten: Honestly, I was disappointed by some TV operators who don’t look ahead and seem to think that engineering is becoming less and less important. While maintaining the Italian station on air, which today includes not only the transmitter, it also includes the Internet stream and other digital means of delivery.

Finding and being able to keep the next generation of engineers should be one of the main priorities of television operators. Again, competitive benefits are a key part of attracting and retaining new engineers.

RW: Can you describe the regional structure? Do you have local help?
Wooten: I am part of the so-called Region 16, which includes stations in the Florida Panhandle; Mobile, Ala .; Biloxi, Jackson and Hattiesburg, Miss .; and New Orleans and Baton Rouge, LA.

I report to a regional lead engineer and we all join the regional senior vice president of engineering. As for the structure of the local engineering department, it would be just me, but if necessary I can use other engineers in the region.

RW: What impact has the removal of the basic studio rule had on your technical approach?
Wooten: This is no change in our local business. We continue to work as before the rule change.

RW: Do you use HD radio?
Wooten: In both Panama City and Tallahassee, we have an HD station with HD2 signals that power the translators.

RW: How can the radio be able to maintain and increase its presence in the evolving car dashboard?
Wooten: Radio continues to dominate listeners in the United States, with nine out of 10 Americans listening. Although there are more and more applications available in the dashboard, including iHeartRadio, research shows that drivers still want the lightness of AM / FM radio and the simplicity that comes with just pressing a button on the dial.

iHeart is a key player in both AM / FM radio and digital broadcasting, and although we continue to work with all major OEMs and aftermarket central devices to make sure the iHeartRadio app is available in dashes. , this should be in addition to the AM / FM / FM radio in the dashboard, not instead.

RW: How much more do you plan to work?
Wooten: Honestly, I have not set a retirement date. I can still work physically, even though I’m not as agile as before. My wife will not retire for a few more years and I plan to continue working at least until she retires.

RW: What was the most important thing in your career so far? And what other interests do you have?
Wooten: My international work in Eastern Europe as a State Department contractor from 1991 to 1997 after the fall of the Iron Curtain. I built a bunch of small municipal stations in the former Czechoslovakia and a train station in Zagreb, Croatia. Many of my friends don’t even know about this part of my career.

I have two hobbies, radio with ham – call sign NF4A. I have been a ham since 1962, when I was 12. I also love deer hunting. I am the president of the Bear Creek Hunting Club, which has 15,000 acres for rent in the Florida Panhandle.

For more stories like this and to keep up with all our market-leading news, features and analysis, sign up for our newsletter here.