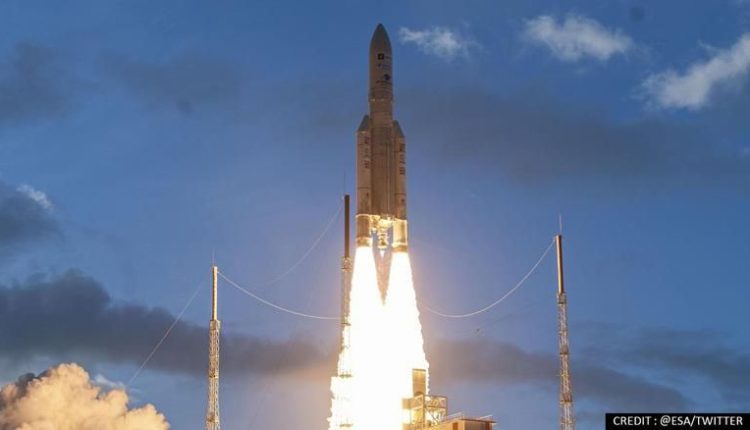 In an official news release, the European Space Agency revealed: “After a series of burns controlled by Ariana’s computer, Sylda’s structure, covering 3461 kg of Eutelsat Quantum payload, was ejected before Eutelsat Quantum was launched into its own geostationary transfer orbit.” . Eutelsat Quantum was developed under a partnership project of the European Space Agency with satellite operator Eutelsat and the main manufacturer Airbus. The announcement says that Eutelsat Quantum is the first commercially fully flexible software-defined satellite in the world. This is the first reprogrammable commercial telecommunications satellite that operates in the high-frequency radio frequency band, called the Ku band, which is used to transmit data.

According to the report, the satellite can be reprogrammed into orbit. Eutelsat Quantum can meet the changing requirements for data transmission and secure communications during its 15 years of life. Eutelsat Quantum beams can be redirected to move in near real time to provide information to passengers on board moving ships or aircraft. The beams can be easily adjusted to give more information as demand increases. The satellite can also detect and characterize any deceptive emissions, allowing it to respond dynamically to accidental interference or intentional jamming. Daniel Neuenschwander, ESA’s director of space transport, said in a press release: “Every launch is exciting. Ariane 5 is the pride of Europe and continues to be the cornerstone of Europe’s access to space. Neuenschwander added that Eutelsat Quantum is the result of a “partnership between ESA and industry that brings the world to the forefront of telecommunications.”