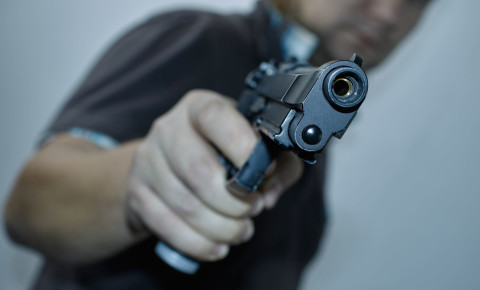 With just under a week left for South Africans to comment on proposed amendments to firearms laws, weekend breakfast host Sarah-Jane King hosted a panel discussion on the amendments.

If progress is made, it would be illegal to own a weapon for self-defense in the future.

This is just one of the controversial provisions of the 2021 Firearms Control Bill, which has sparked heated public debate in recent months.

Earlier this month, protesters protesting a proposed ban on possession of firearms in self-defense submitted their memorandum of demands during a demonstration in front of parliament.

Police Minister Becky Celle says the changes are not an attempt to disarm citizens, but rather an attempt to build a more secure South Africa.

Prosecution shadow minister Andrew Whitfield has warned that the bill will be a “victory for criminals” and will remove the last line of defense for millions of law-abiding citizens.

King was joined by several participants in the discussions, all of whom had strong views on the proposals.

Listen to the debate by clicking on the link above:

This whole bill is proposed to try to abolish the constitutional right to life and bodily integrity.

The purpose of this act is to remove firearms so that the police can maintain public order – how scary is that?

Research is clear that you are four times more likely to have your gun shot down if you have a weapon when you are attacked than you can use it for self-defense.

The 2021 Firearms Control Amendment Bill may be available at the Civil Secretariat for the Police website www.policesecretariat.gov.za and is open for public comment until July 4, 2021.