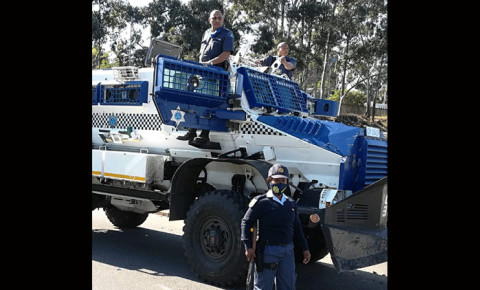 Element of fake news is high and stoking racial tensions

Mandy Wiener spoke with Phoenix resident Nazarin Ebrahim about the situation in the area.

At least 15 people have been killed in the city since the violence began last week.

Mandy Wiener talks to media and communications specialist Nazarin Ebrahim, who is in Phoenix. She says things are quiet now, but the tension is high.

There is a lot of fake news and unnecessary panic. Whether the police control him, we are not entirely sure, they were late to respond.

There is no real full development in this area and the tension is fueled by the fact that people are panicking. There is paranoia and a lot of fake news. The element of fake news is the high and incendiary racial tension.

Listen to the full interview below: