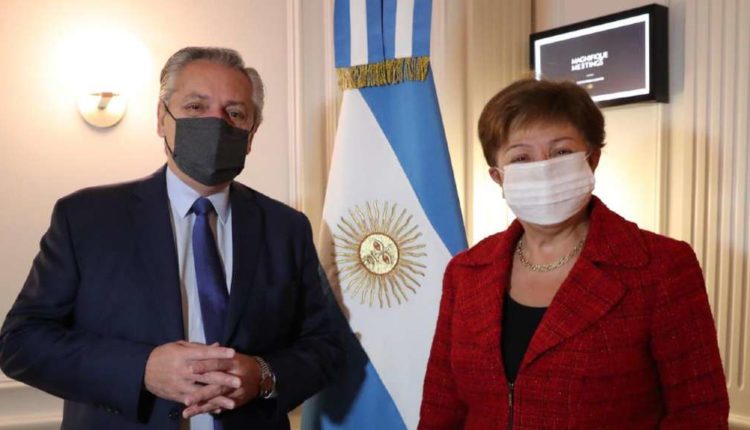 On the verge of maturity with the Paris Club, the Government assured that it will not make adjustments and that the agreement with the IMF will take time

This Thursday, the government confirmed that will not make new adjustments and that it wants to conclude a debt agreement with the International Monetary Fund (IMF) that will allow the country to rebuild its growth path and thus be able to meet its commitments.

The Chief of Staff, Santiago Cafiero, ratified this decision and stated that the administration of Alberto Fernandez prefers to “do such a good deal “. “We always put the interests of Argentines first. We are working on a very constructive dialogue with the IMF, because it understands that Argentina will not make adjustments, “he said in a statement to radio 10.

// A detail of the regulation that could make some salaries over $ 150,000 not pay income

Before attending the economic cabinet meeting that Fernandez headed this Thursday morning at Olivos’ official residence, Cafiero said he the government “is not justified and has a constructive dialogue with the Fund for debt restructuring for $ 44,000 million with the fund and force the Paris Club to reschedule $ 2.4 billion due at the end of the month.

“The IMF understands what the restrictions are, that we will not make adjustments and that we need time to grow and that it will be able to pay for that growth,” he added.

The official noted that the work performed was similar to that performed last year with private creditors, which took almost four months.

“They voted for us to solve these problems. “Last year, we decided to restructure the debt with private bondholders, reached a good agreement, saved $ 37,000 million against the sirens that spoke of a quick closure,” he said.

The officials’ statements came after Fernandez held a virtual meeting with German Chancellor Angela Merkel in order to add support to Argentina’s position before the fund and the group of creditor countries based in France.

Meanwhile, the Minister of Economy, Martin Guzman, He reiterated his call for an amendment to the allowance charged by the Fund for loans to member countries, as in Argentina.

“The interest allowances that the IMF charges in its programs for loans that they exceed 185% of the countries’ quota. These flight attendants, as stated in the G20 declaration and as we discussed at the Ibero-American summit, they are not aligned with the IMF mission lead to a more stable global economy; they are pro-cyclical and regressive and punish the countries that are in the most unfavorable macroeconomic situation, “he said, attending the seventh Ibero-American meeting of finance and economy ministers on Wednesday.

Besides, Guzman ratify the SDR request that the fund is preparing to issue can be redistributed, not only to low-income countries, but also to the media like Argentina.