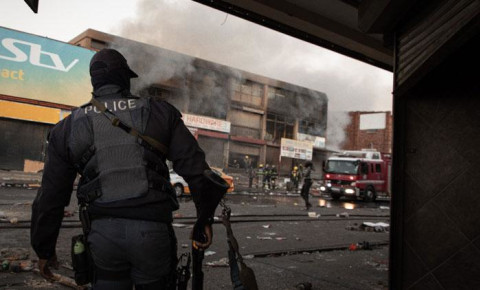 The figure includes 10 people who were killed in a stampede in a mall in the Meadowlands.

Johannesburg – Gauteng Prime Minister David Mahura has confirmed that 19 people have been killed in violence and looting in the province.

This included 10 people who were killed in a stampede in a mall in the Meadowlands.

Speaking to SABC earlier on Tuesday, Mahura explained the circumstances: “Ten people in this mall came out of the lull that happened. The people who lost their lives are family members who have been there, and some of them have joined the robberies. “

Meanwhile, the Johannesburg Chamber of Commerce and Industry said it was concerned and concerned about the violence in parts of the country.


The chamber said it supported any form of peaceful protest in accordance with the current provisions of COVID-19, but could not support crime and robbery that hurt not only its members but society as a whole.

He called on the authorities to take all actions provided by the Constitution to restore order.

The chamber expected the loss in trade to be significant, especially for the urban economy.

Chamber President Sean Theinisen said: “We are already facing a challenging time in business and as a nation. Jobs are at stake and the continuing violence will only lead to the closure of more businesses and an increase in job losses. within the limits of the Law. “

WATCH: Riots and robberies in Alex


Download the Eyewitness News app on your **iOS or Android ** device.

This article first appeared on EWN: 19 people were killed in looting and violence in Gauteng, Mahura confirmed